MOUNT LAUREL, N.J. (CBS) -- A New Jersey State Trooper and a K-9 deputy are recovering after a welfare check ended with a fight on the New Jersey Turnpike.

The incident shut down several northbound lanes near Mount Laurel. Chopper 3 was over the major police response Monday afternoon. 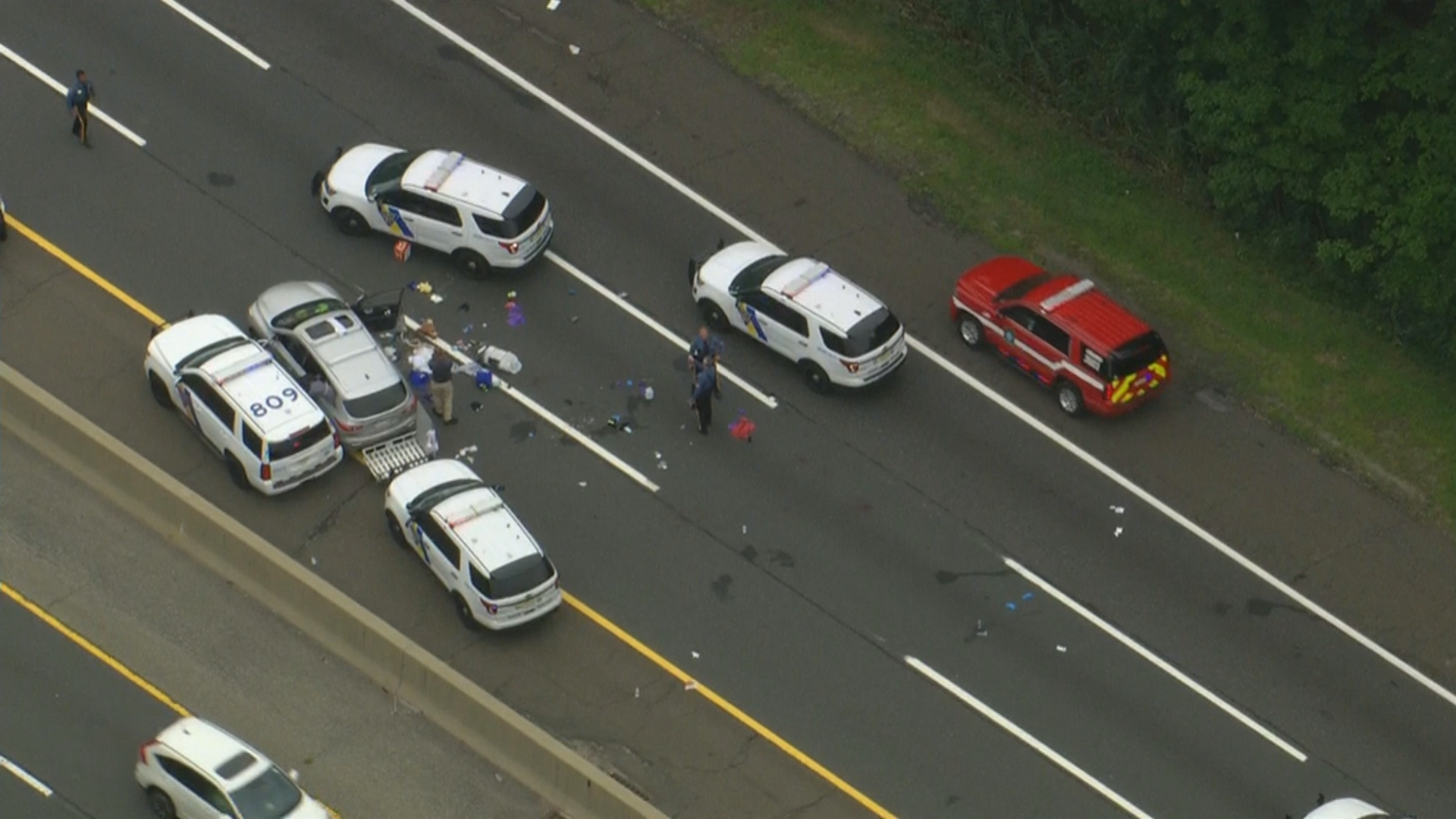 According to authorities, state troopers responded to a call about a shirtless man on Interstate 295 in Bellmawr Borough; the call said he was wielding a knife. When troopers arrived, the man drove off. The pursuit ended near Exit 4 on the turnpike when the suspect tried to barricade himself in the car.

When troopers tried to take the man into custody, they sent a K-9 to assist. The suspect stabbed the K-9 inside his vehicle, police say. As troopers tried to arrest the man, he hit a trooper with a flashlight. 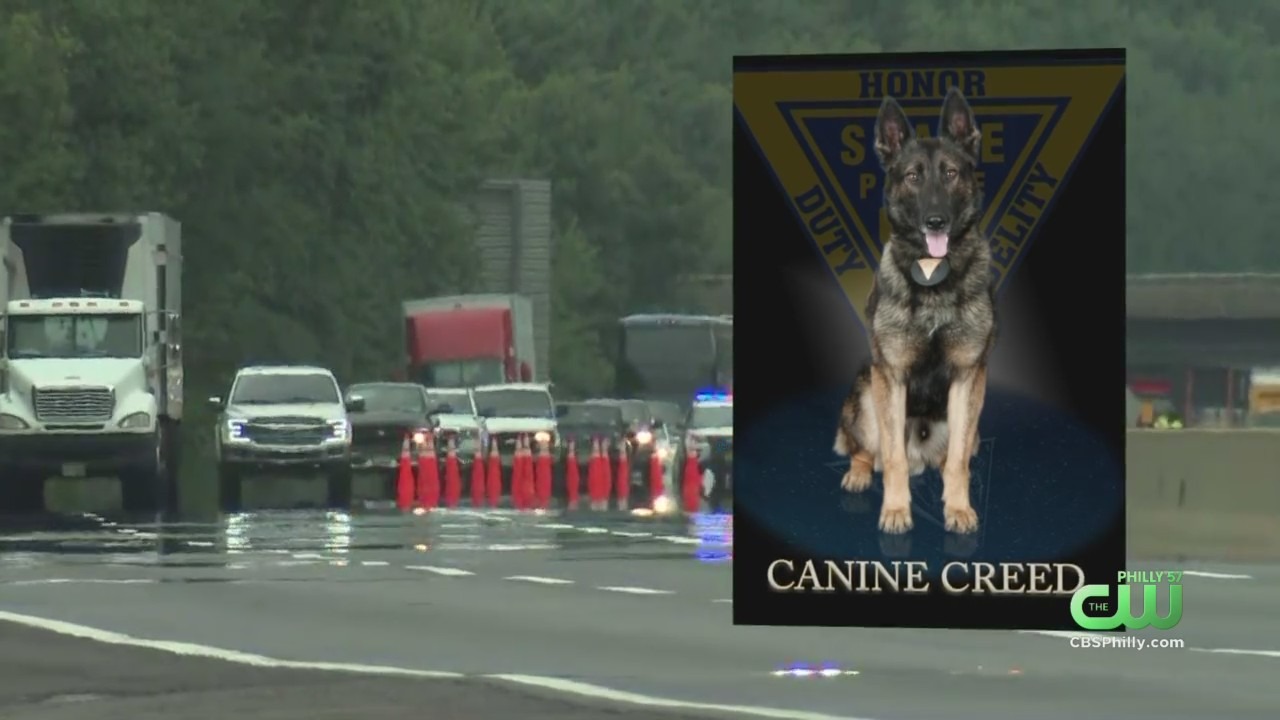