TRENTON, N.J. (CBS/AP) -- New Jersey residents have voted in favor of a constitutional amendment that legalizes cannabis for personal, non-medical use by adults 21 and older. The legalization of recreational marijuana was a ballot question for New Jersey voters. 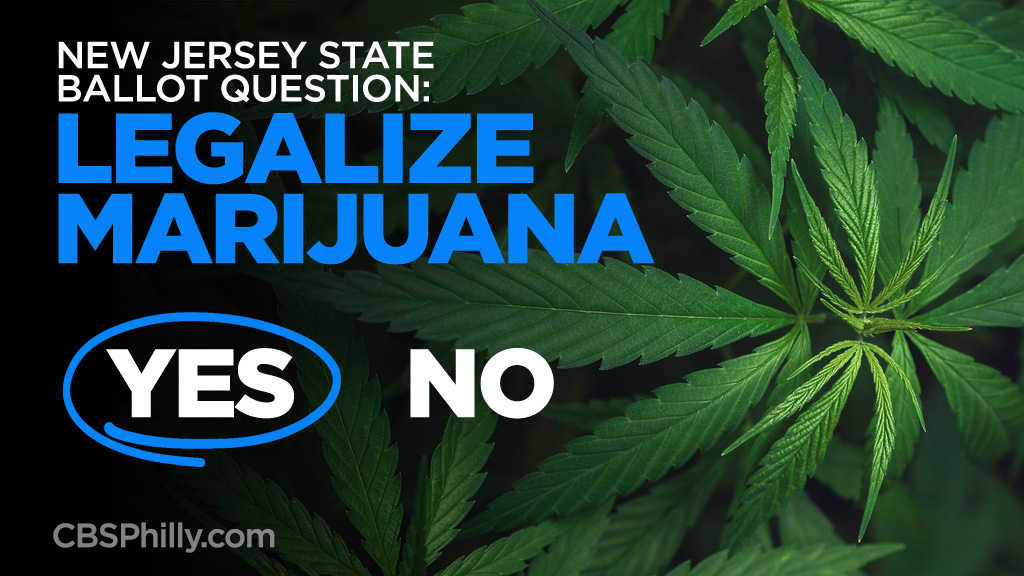 The amendment also allows the state to set up a regulated market for the drug. Even with the approval, it's unclear when shops would open.

Along with an age restriction, cannabis would be subject to the state's 6.625% sales tax. The amendment also authorizes the Legislature to enact a law letting towns and cities collect a tax on cannabis of up to 2%.

New Jersey will be the 12th state, along with the District of Columbia, to legalize recreational marijuana.

New Jersey seemed on track to pass legislation legalizing cannabis last year, with support from Democratic Gov. Phil Murphy and fellow Democrats Assembly Speaker Craig Coughlin and Senate President Steve Sweeney. But the effort went up in smoke when legislative leaders couldn't wrangle enough support from lawmakers. Instead, the Legislature voted in December to put the question to voters this year.

Legalizing marijuana was a prominent campaign promise of Murphy's and was one of the biggest looming issues before New Jersey became a hotspot of the coronavirus outbreak that struck the state in March.