CHERRY HILL, N.J. (CBS) -- More than 75 gas stations across New Jersey are lowering fuel prices on Friday in an effort to promote self-service. It's all part of the "Fuel Your Way NJ" campaign that supports the "Motorist Fueling Choice and Convenience Act" which would allow New Jersey residents the option to pump their own gas if they wish.

Supporters of the legislation say drivers could save $100 to $400 per year if the state allowed self-serve.

"With the cost of gas prices continuing to rise, it's taking a bigger and bigger bite out of people's wallets," said Sal Risalvato of Fuel Your Way NJ. "We want the public to know that one of the quickest ways we can reduce gas prices is to allow gas stations the ability to offer self-serve in New Jersey."

Risalvato adds gas stations are having difficulty hiring staff to fully man all their pumps. As a result, motorists are often inconvenienced when they are forced to wait in long lines for the few pumps that are open.

This is a big controversy in New Jersey. Most polls show people like not having to pump their own gas, but one group wants you to reconsider.

Some say it's a little taste of luxury in New Jersey -- sitting in your car and waiting as gas makes its way into your tank.

"I have pumped it myself but I prefer not to. I guess I'm spoiled, I'm a Jersey girl. What's that about, pumping your own gas?" Miriam Lalwani in Cherry Hill said.

On Friday, the New Jersey Gasoline, C-Store, Automotive Association is conducting a trial so to speak. Seventy-seven gas stations will lower their prices to show how much people could save if they pumped their own gas.

"They are gonna reduce the price at their pump by the amount that they believe they would be able to discount gasoline every day," Risalvato said.

Risalvato is spearheading this. He says legislation that makes it illegal to pump your own gas is costing people 10 to 15 cents extra a gallon. He responded to officials who are skeptical the savings will be passed on.

"It is impossible for the savings not to be passed on because of competition," Risalvato said. 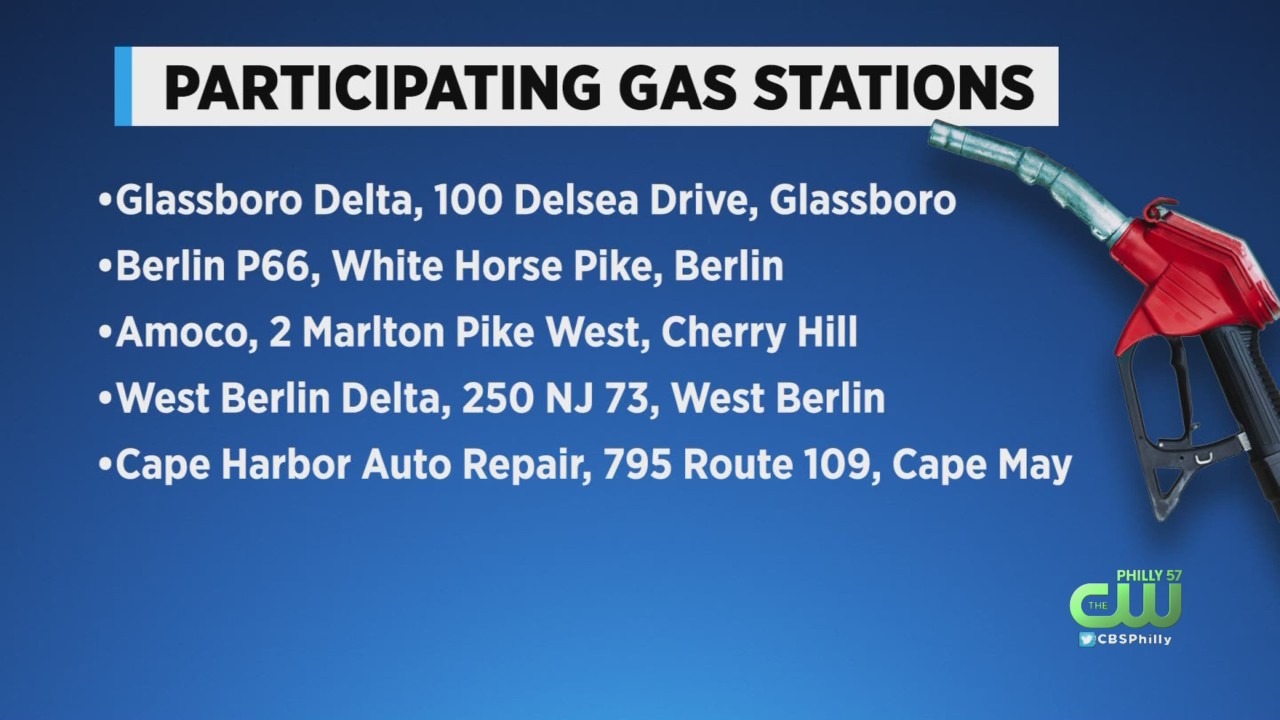 "It's terrific. I mean every place else in the country that I know of you can do your own gas. Not only do you save money but you save time because you don't have to wait for the attendant," Tom Auchter said.

Risalvato doesn't expect people will lose their jobs because they have already seen a shortage of gas attendants.

CBS3's Jan Carabeo and Jasmine Payoute contributed to this report.

The following gas stations are participating in the campaign: