CAPE MAY, N.J. (CBS) -- Imagine you're in the middle of dinner eating seafood and you bite into something worth more than the bill. That's what happened to one couple down The Shore recently.

"It's like a once in a lifetime event," Maria Spressler said.

Last Sunday, Michael Spressler ordered his usual appetizer, a dozen clams on the half shell.

"I was down to the 12th one and when I picked it up on the fork it looked kinda heavy, but I didn't think nothing of it," Michael Spressler said. "Then when I started to eat it I noticed something was in my mouth. I actually thought one of my tooth broke."

It was actually a pearl. 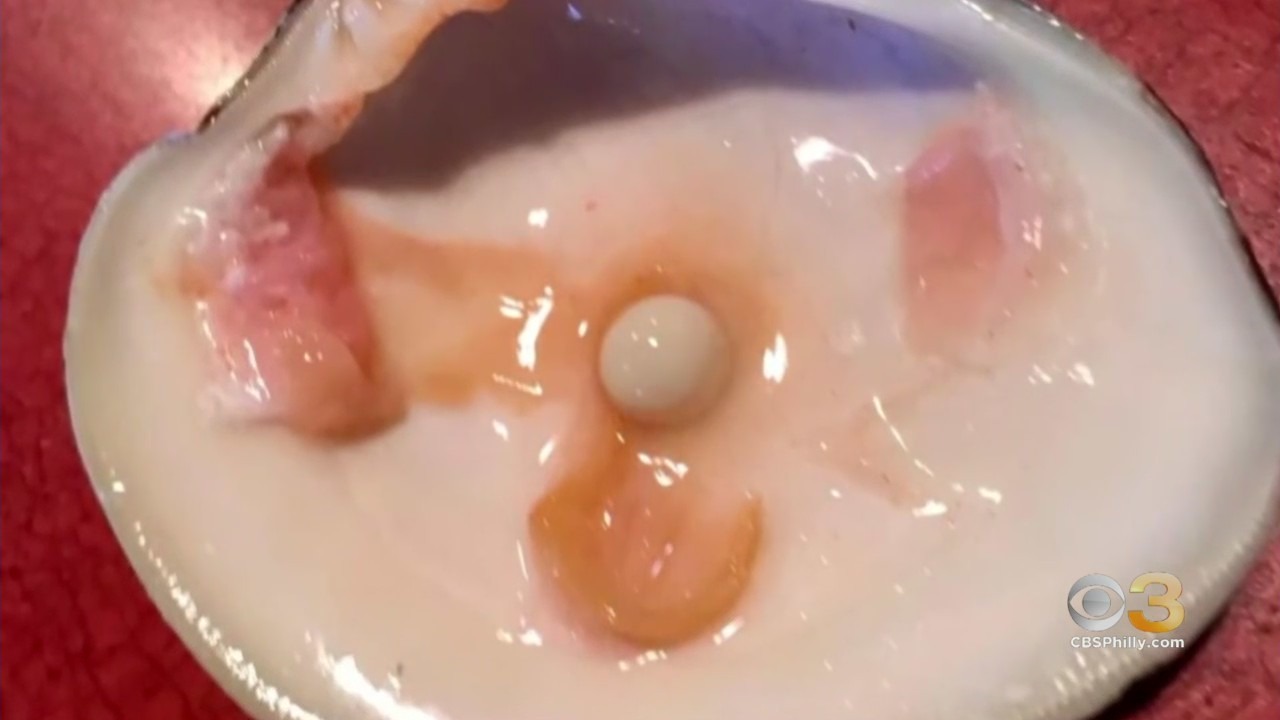 "He's eaten dozens and dozens of clams and we've never found anything like that so it was pretty exciting," Maria Spressler said.

Not only did something spectacular and rare happen on their impromptu trip, but the couple was also celebrating a special occasion.

"It was actually our anniversary of 34 years coming here for the very first time," Maria Spressler said. 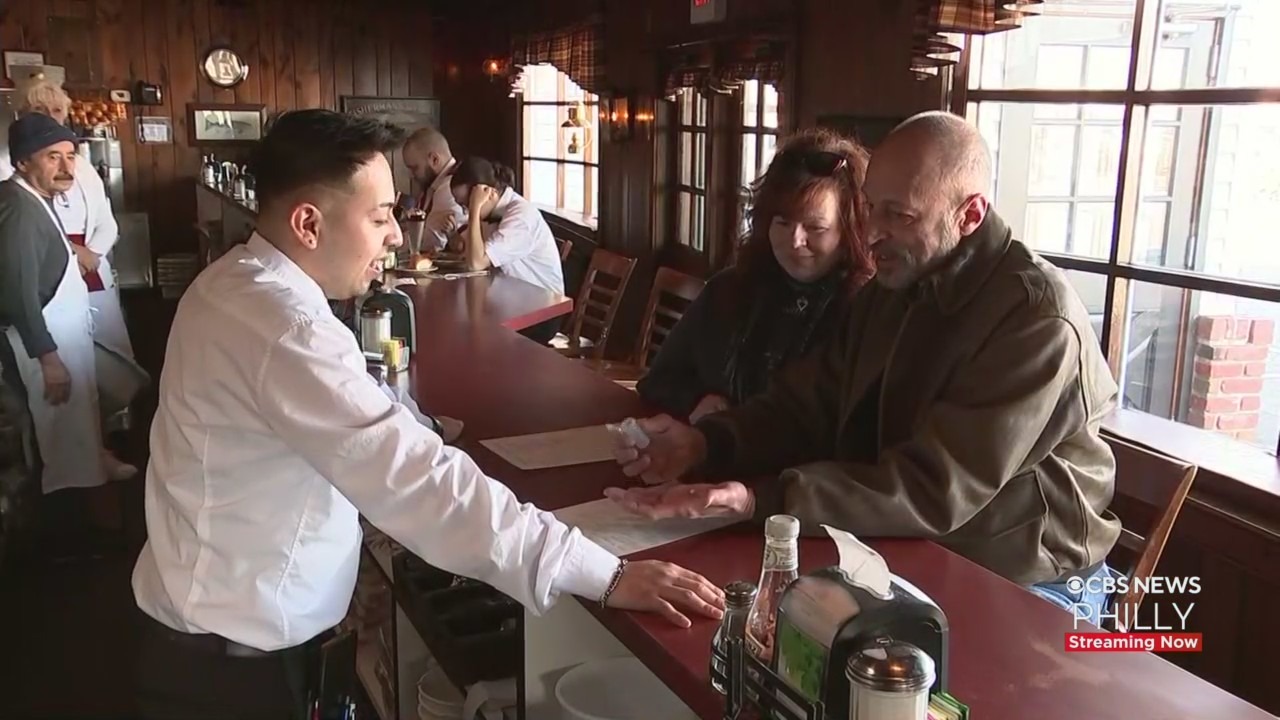 The popular restaurant is celebrating its centennial year, not a bad gift for the Spresslers to walk away with.

"I have worked here for around 10 years now and I've never heard of someone finding one in one of our oysters or clamshells," Sarah Stadnicar, of The Lobster House, said. 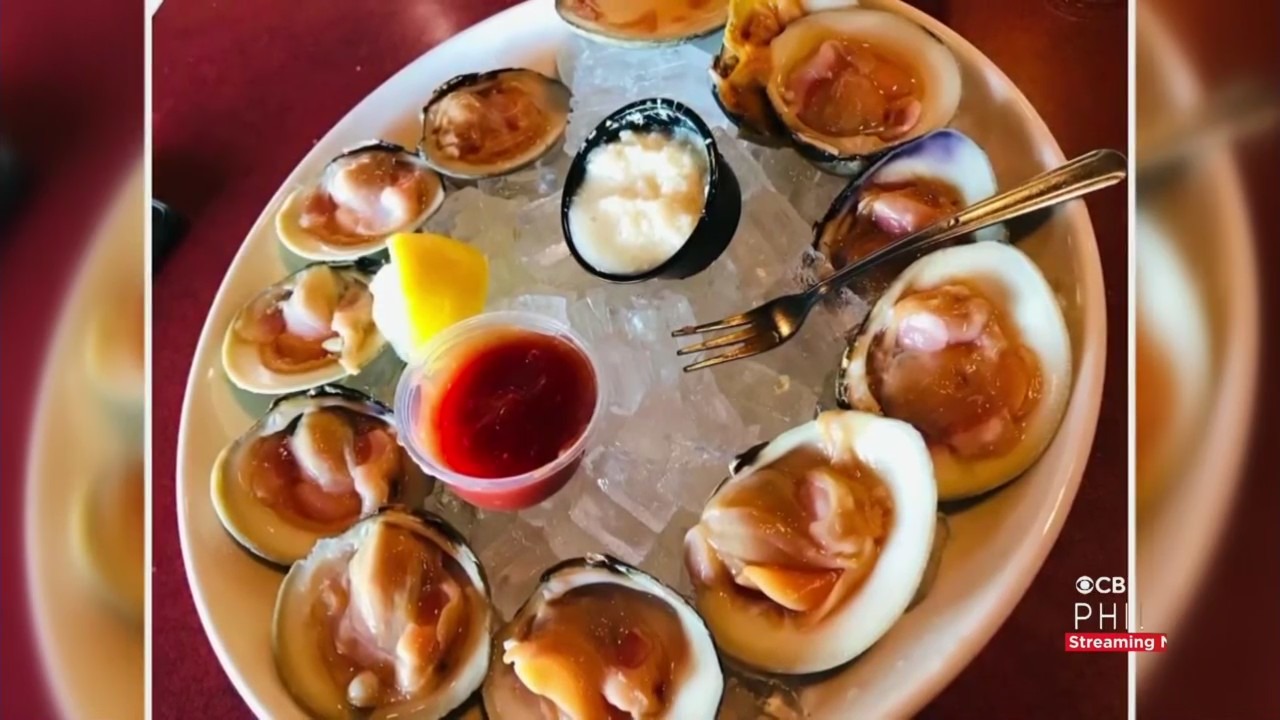 The pearl weighed out to be a whopping 8.8 millimeters and could go for thousands of dollars. But money is no factor in this equation.

"I would like to have it set into a nice piece of jewelry, maybe a mermaid or something nautical," Maria Spressler said.

"It's a beautiful remembrance of that day and what we have is so special," Maria Spressler said.

Their story has inspired others.

"I've never had raw clams or oysters, but since somebody found something I may have to give it a shot," Stadnicar, said, laughing.