PHILADELPHIA (CBS) - A Philadelphia-based choreographer is debuting a new form of dance during the Philadelphia Fringe Festival next week. As KYW's Cherri Gregg reports, part of the show will be in the nude.

The show, titled "Private Places" incorporates J-Sette an explosive form of expressive dance started by majorettes at historically black colleges and then spread to black gay clubs in the south.

"Imagine the most expressive, most raunchy jirations of the chest and of the pelvis," says Jumatatu Poe.

West Philadelphia native and choreographer Jumatatu Poe says the show combines the powerful drum-based movements of J-Sette with the stylized moves of flight attendants. And parts of the show are in the buff. 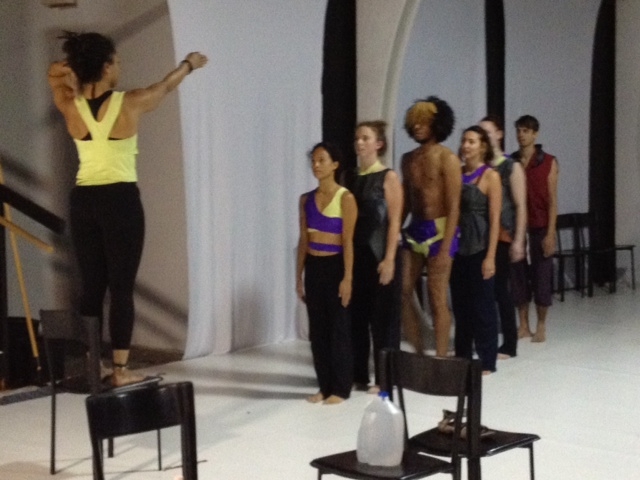 "There's so much sexuality that's at the forefront of the way that things are expressed in both of those worlds. And that's entered into the piece where we are naked in the piece," Poe explains.

Poe says the explosive movements and the nudity are designed to raise questions and to showcase how people who are sometimes marginalized are able to step forward, unafraid and unembarrassed.

"It signals breaking out of boundaries, which to me, is why [J-Sette] has exploded within the LGBT community," says Poe.

There will be several workshops and discussions around the show before its debut next Saturday. The show runs September 15th through 20th. For more info, go to livearts-fringe.com.