PHILADELPHIA (CBS) – Nerlens Noel hasn't played a game in Philadelphia yet, and he might not until 2014. But he's already trying to fit right in.

Noel stopped by Cheesesteak Tees at 506 South St on Wednesday night, and bought an "I Hate Sidney Crosby" shirt. The store sells novelty shirts centered around Philadelphia sports. Every time I walk by I think about buying the one with Iverson stepping over Tyronn Lue. I guess when you sign a first round NBA contract and you see a t-shirt you want, you don't have to think very much about it.

Tom Hogg, who works at the store, said Noel was friendly, took a picture, and was the "coolest guy ever."

Noel is recovering from an ACL tear, and reportedly doing quite well. Still the road to recovery is long, and January is thought to be an optimistic return date for him to play for the Sixers.

The Sixers are back in the US after playing their first two games overseas, in Spain and the UK. They went 1-1. 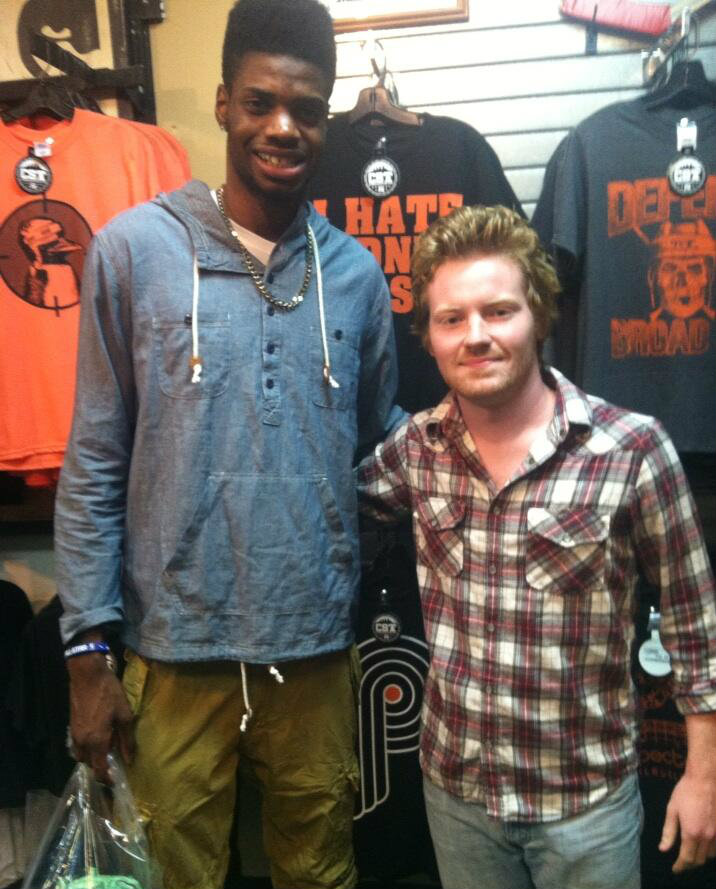