SPRINGETTSBURY TOWNSHIP, Pa. (CBS) -- A toddler has been found safe and sound after an Amber Alert was issued by Pennsylvania State Police.  Philadelphia police tell CBS3  2-year-old Mya Campbell was found in a car in Kensington.

She was taken to St. Christopher's hospital for children for observation.

So far, no arrests have been made and the amber alert has been canceled. 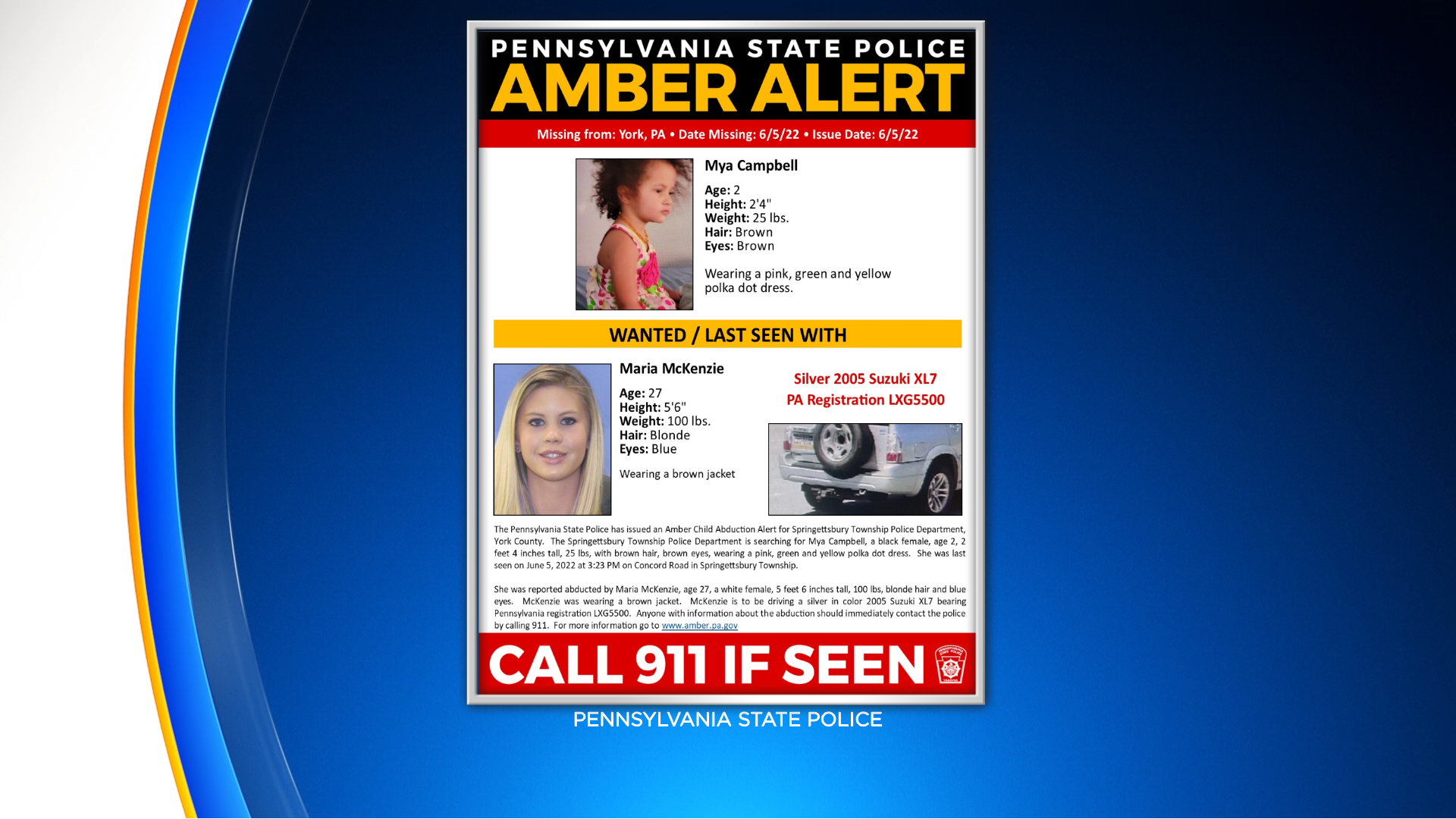 Officials say she was reportedly abducted by Maria McKenzie.