PHILADELPHIA (CBS) -- It wouldn't be New Year's without the Mummers Parade. But some mummers wearing blackface is stirring up controversy. The two mummers who wore blackface claim it's not racist.

The big talk Wednesday is about a group that has been disqualified over their costume after several members dressed in blackface.

"We're celebrating Gritty. The theme is 'Frogs Getting Gritty With It,'" mummer Jim Martin said.

An inflatable Gritty hung outside the Froggy Carr Club in South Philadelphia.

Martin explained the group's theme is based on Gritty.

"I couldn't tell you why Gritty, but it's a traditional mummer uniform with the dress," Martin said.

But at least two mummers affiliated with Froggy Carr wore blackface as part of their costumes, which some people viewed as racist.

"All the blackface, it ain't about that," Mike Tomaszwski said.

Tomaszwski denies that his blackface is racist, as does Kevin Kinkel.

"Black and orange, getting Gritty with it," Kinkel said.

"Cause I like it. Yeah, why not? I know it's a shame to be white in Philly right now. It's a shame," Tomaszwski said.

"It has nothing to do with being racist to the black person or the white person or the yellow person. It's our tradition," Kinkel said.

But the history of the Mummers Parade is steeped in controversy because other instances of racism, including mummers wearing blackface.

Last year, one skit showed a man dressed as Jay-Z appearing to wear blackface as he treated Mayor Jim Kenney like his dog. It prompted city leaders to condemn the group, but it turned out the man portraying Jay-Z was black. 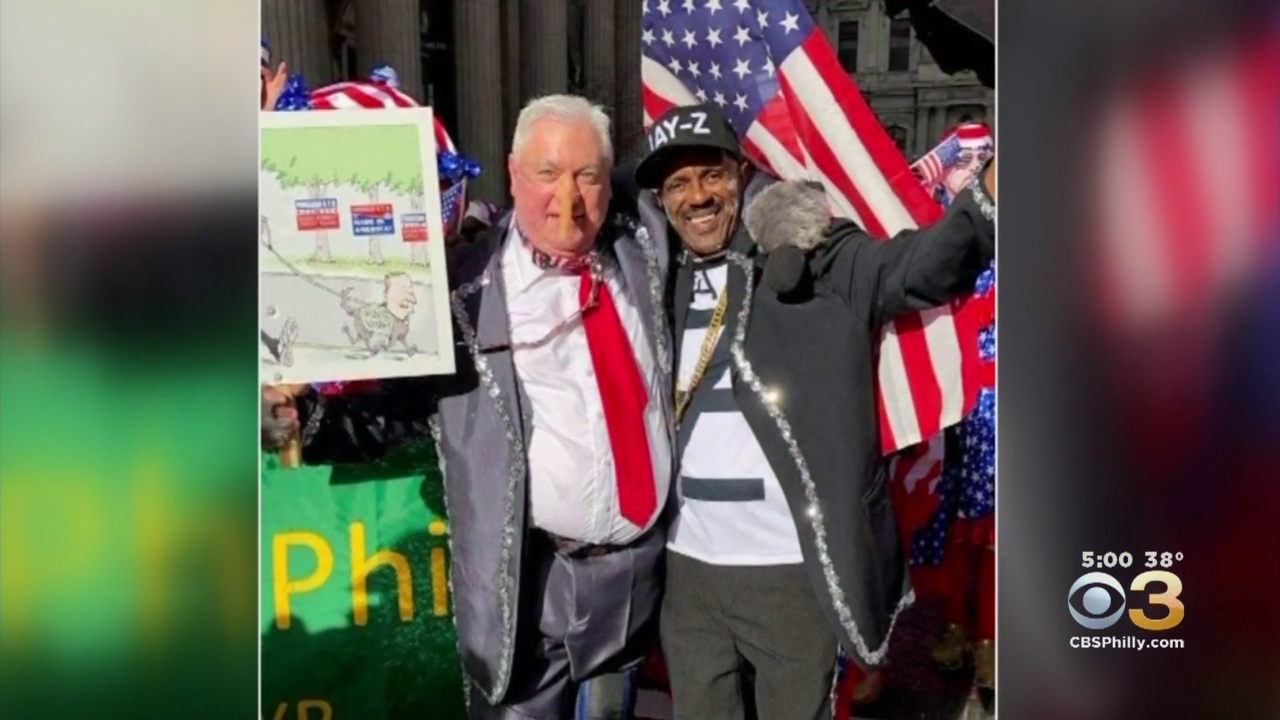 "The use of blackface by someone affiliated with Froggy Carr today was abhorrent and unacceptable," Kenney tweeted. "This selfish, hateful behavior has no place in the mummers, or the city itself. The group was disqualified and we will be exploring additional penalties."

Froggy Carr was disqualified from the city's competition.