GLOUCESTER TOWNSHIP, N.J. (CBS) – The Mullica Hill Triathlon Club has had two cyclists hit by cars over the past two weeks. Both drivers did not stop.

Now, club officials are making a plea to keep cyclists safe on the road.

Misty Price is still in agonizing pain. Her right arm is bruised and her left is bandaged after breaking her radius and suffering road rash.

"All of a sudden I was on the ground and I'm trying to get up," Price said.

She underwent surgery and her helmet may have saved her life after being hit by a car last weekend while riding her bike on Alloway Quinton Road in Alloway Township. Price said the driver never stopped.

"I would love for him to turn himself in, or her," she said.

A week before that, another hit-and-run happened about 10 miles away. Jenna McEntee was biking on Kings Highway in Woolwich Township. When she was hit from behind, her bike launched into a cornfield. 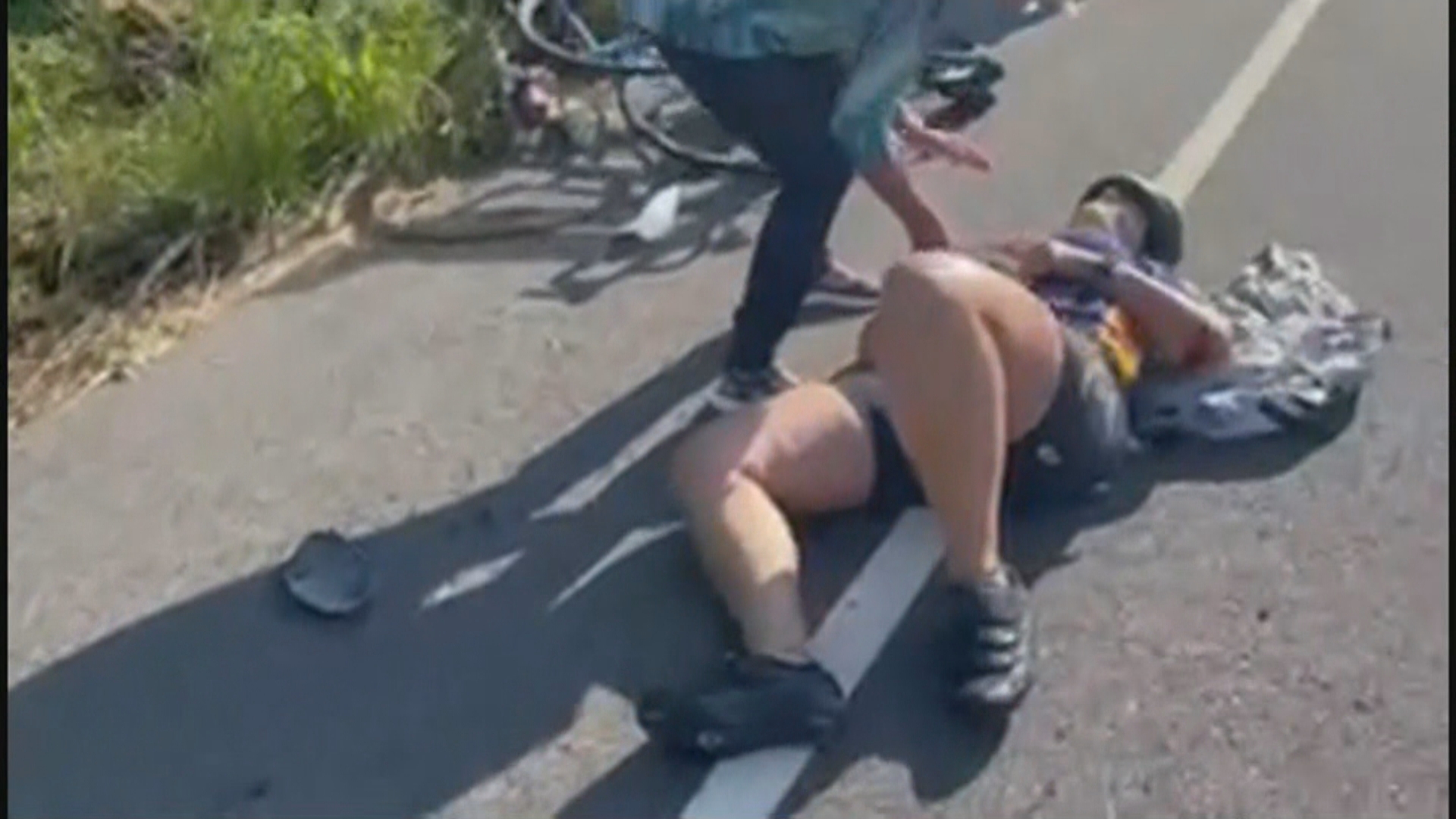 McEntee was hospitalized for eight days and has a long road ahead.

Both women are members of the Mullica Hill Women's Triathlon Club.

"This is my back tire from when I was hit by a car about seven years ago," McEntee said.

Now, the founder of the club and other members are pleading for drivers to obey the rules of the road before someone else is seriously injured.

"No distracted driving, no texting and be aware of your environment," Colleen Fossett, founder of the club, said.

"We don't have airbags, we have a helmet, that, hopefully, we are wearing properly, but that's it," Natalie Matthias said. "So we really need to work together and look out for each other."

In March, the Safe Passing Law went into effect in New Jersey, requiring drivers to move over if they can, or leave four feet between cyclists or pedestrians.

Price is hoping her story can help bring more awareness.

"There are cyclists all over the place," Price said. "This is the time we ride, and I think people will be more aware."

New Jersey State Police tell CBS3 that the driver who hit McEntee has been arrested and charged. But no arrests have been made in Price's case. It is still under investigation.