MULLICA HILL, N.J. (CBS) -- New Jersey Gov. Phil Murphy on Thursday morning toured the damage left behind by an EF-3 tornado that ripped through Mullica Hill Wednesday as remnants of Ida tore through the region. According to the National Weather Service, the tornado carried up to 150 mph winds with it.

Residents are now left to pick up the pieces and rebuild.

"One extraordinary, sadly, tragic, historic 24 hours in New Jersey. There's no other way to put it," Murphy said.

Multiple homes on Victoria Lane in Mullica Hill were destroyed. The tornado wreaked havoc overnight, leaving a lot of destruction and cleaning up ahead. Eyewitness News was at the scene where a family was seen sifting through the debris and what's left of their house to see if they can find anything.

It was a story of survival for one family in Mullica Hill.

"Steps were caving in and pipes burst," Troy Thomas said. "Everyone is safe and healthy. Everyone, my wife is 8 months pregnant and our 3 and 6-year-old are all safe and healthy. We were in the basement, yeah. Luckily we made it out. We had to come out the walk-up basement steps because the steps were caving in in the basement, pipes bursting. So as soon as we thought it was safe, we came out and ran over to the neighbor's house and went in their basement."

Thomas and his family were bunking down in the basement as a tornado came barreling through their house on Josephine Lane.

"We were all huddled. He was over me and things were falling on our backs. Luckily, it has a walk-up basement, or we would have never gotten out," Ashley Thomas said.

It was a decision that saved their lives.

While the tornado leveled everything in its path, the family says they all made it out OK.

"We have a 6-year-old and a 3-year-old, and I am eight months pregnant," Ashley said. "Everyone is fine. I have some broken toes, but we are good."

Thomas' mother-in-law Paula Menzoni says she got the call last night but couldn't get there because of the downed trees and roads blocked.

"Our house is gone. I said, 'What do you mean?' He said, 'the tornado,'" Menzoni said. "It's shocking. It's my granddaughters' bedroom with the door still closed."

Not far away on Salvatore Drive, a large shed was sent flying into a pool.

It was an emotional day as families sift through the damage, but the silver lining is the community support. It's something the family says they are very grateful for.

"This neighborhood is 50 people in here that I could call at the drop of a dime and would do anything for me or my kids," one resident said.

A day later, residents described the moment the EF-3 tornado tour through the Forest Walk subdivision, snapping trees, bending metal and tossing furniture and anything in its path.

"For five or 10 seconds you're thinking, 'Is it the end of the world coming?'" Greg Rosenberger said.

Rosenberger saw the tornado barreling directly toward his home.

"It was sort of this massive wall of wind and I saw stuff floating up in the air," he said. "Not a second or two later, the windows started to break and these massive, huge bangs started to occur, which I think was all the trees snapping, and then the house started to shake."

As the clean-up begins, this community says they will do so together.

"Everyone has just been so wonderful and friendly and warm," one resident said.

The governor said there were no fatalities from the tornado that left lumber scattered like toothpicks, tore roofs off and collapsed walls. He said there were other deaths in the state but didn't give details.

He said he will speak soon with President Joe Biden and is hopeful to get a major disaster declaration.

Murphy promised to stick with survivors saying, "It won't be a short road, but we will stay with them on that road to recovery."

Several "large and extremely dangerous" tornadoes were spotted throughout the Philadephia region Wednesday, the NSW says. But, Mullica Hill, in Harrison Township, New Jersey, was hit particularly hard. A massive funnel cloud video was posted on Facebook by Jessica Jarrell.

A massive funnel was also captured by Twitter user Ryan Thoden in the area.

Homes were also severely damaged by the tornado. 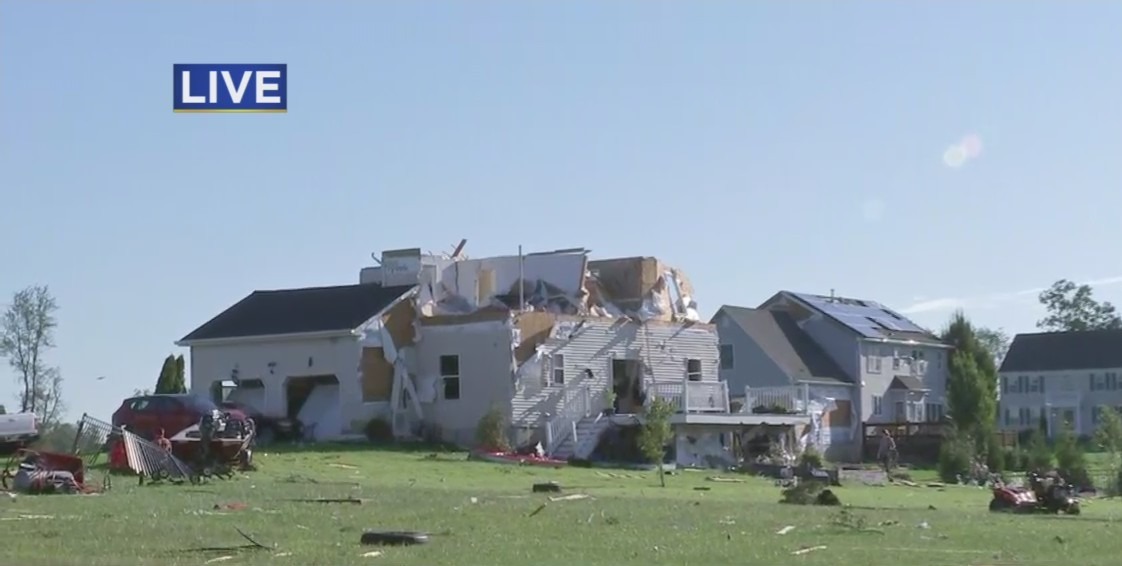 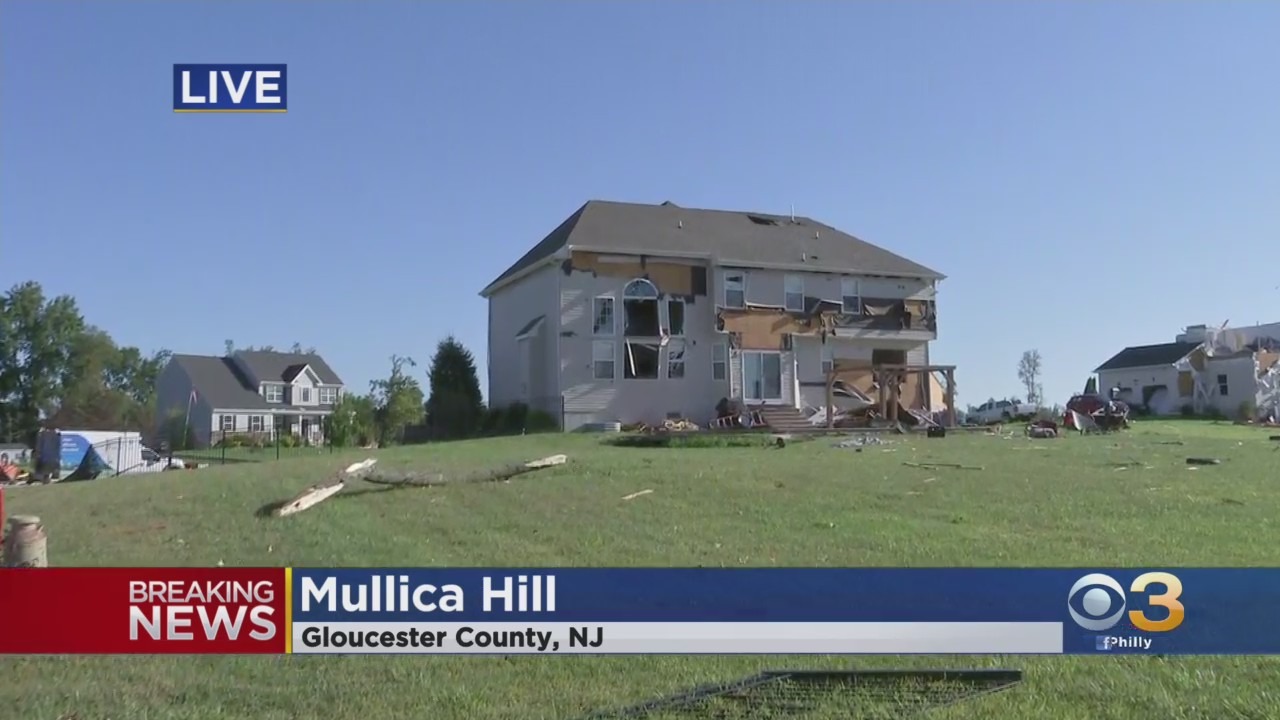 The damage left behind by Ida's remnants prompted Murphy to declare a state of emergency in the Garden State.

CBS3's Kerri Corrado and Alicia Roberts contributed to this report.