PHILADELPHIA (CBS) -- Philadelphia has seen a surge of shooting victims in 2021. The total number of people shot this year has now surpassed 2,300.

The impacts of gun violence in Philly are far-reaching.

The staggering number of people shot means police have more gun cases to solve. It also increases the workloads of health care workers, and more families are left to grieve. 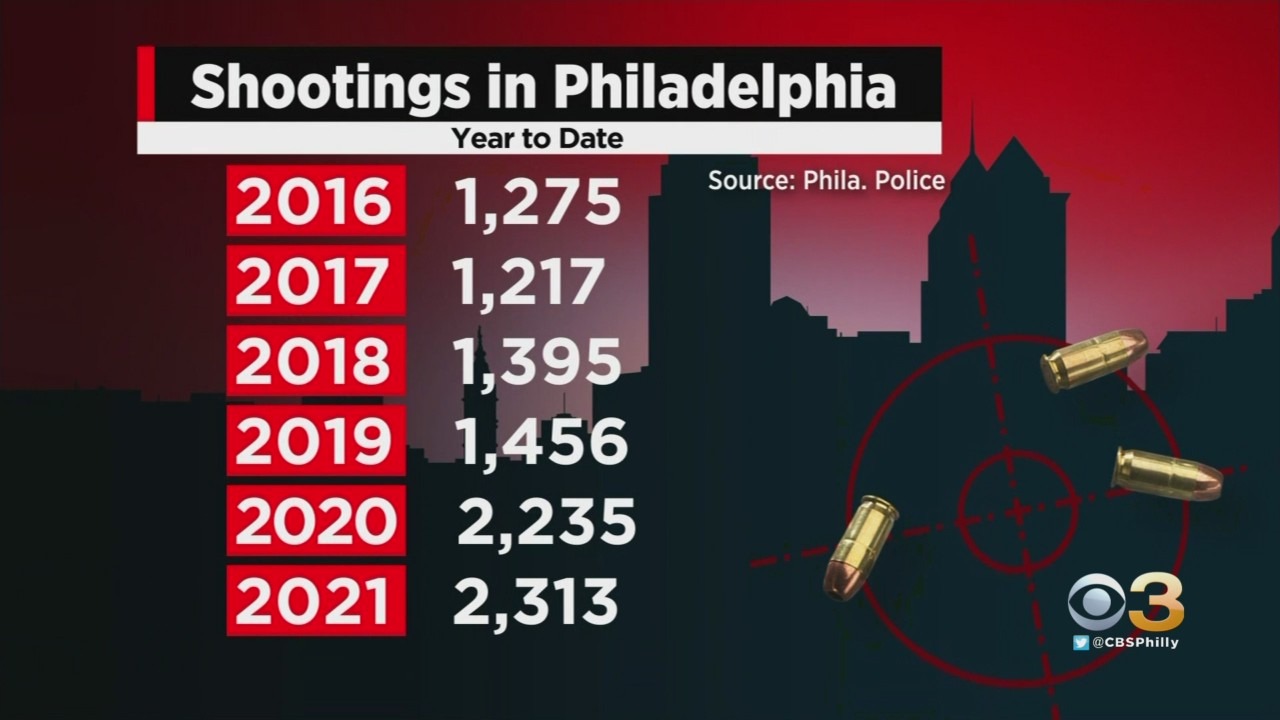 A group of people came together Thursday in Hunting Park for a vigil, including Lyn Etterivern, who lost her father to gun violence.

"It's devastating. No one wants to lose a family member, a friend or anything to this," Etterivern said.

But Eyewitness News found another troubling trend. The total number of gunshot victims in Philly has been climbing and for this year is now above 2,300. That's much higher than in recent years.

Dr. Elinore Kaufman is a trauma surgeon at Penn Presbyterian Hospital, where part of her demanding and often stressful job is to keep gunshot victims alive.

"We very commonly have not just one, but two, three, four, five, six patients coming in in the night," Kaufman said.

As Philadelphia ends the year with a record homicide rate that now stands at more than 555 people killed, Dr. Kaufman believes that number would be higher if not for advances in treating gunshot victims.

There is no word when that report would be released.