PHILADELPHIA (CBS) - More looting was reported across Philadelphia, despite a citywide curfew that was issued following the deadly police shooting of Walter Wallace Jr. Four stores in a Northeast Philadelphia strip mall were vandalized overnight after a third night of unrest.

One of the stores' managers tells Eyewitness News it was around midnight Thursday when a group of about 12 to 15 people drove up to the shopping center on Solly Avenue and Roosevelt Boulevard in Rhawnhurst and went business by business, smashing windows. 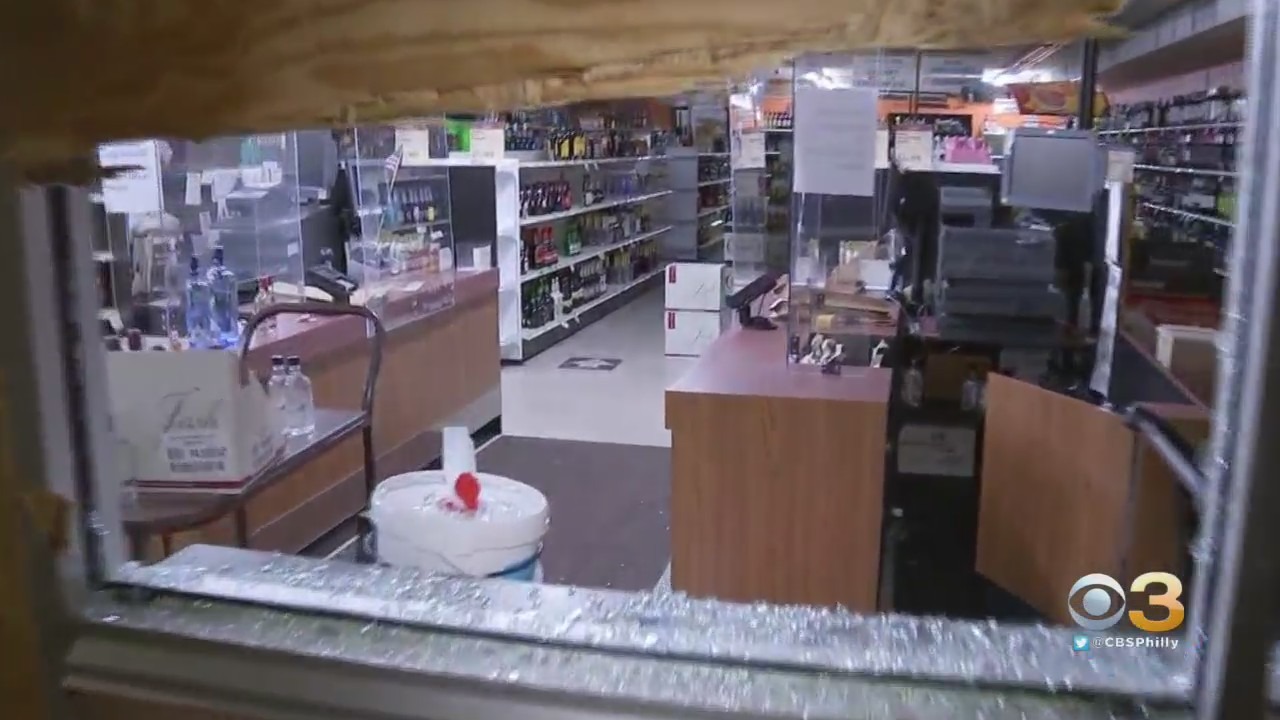 The vandals smashed the doors and windows at the Acme, a cleaners and a Fine Wine and Good Spirits store, as well as at the Redz Bar and Grill. The Wells Fargo was left untouched.

"We were inside, and we were doing a couple of cleaning jobs and everything, trying to spruce the place up at the time and we seen a bunch of cars pull up so we hit the lights," Redz Bar and Grill manager Kevin Donahue said. "As soon as we know, they came up with bats and just start smashing windows. We heard them smashing windows down the road, down Acme, liquor store, cleaners, but luckily they just smashed our windows and hightailed it out."

Some owners say nothing was taken but they now have to clean up broken glass, board up and replace windows.

"It's a new day but it's also yesterday so I don't know what to call it, but it's clean up day, that's for sure," Donahue said.

Crews at the Fine Wine and Good Spirits store say some merchandise was taken there but it's unclear how much.

"When you see stuff like this it really does stink. There's real stuff going on. People come here and smash stuff for no reason really. Just to vandalize," Donahue said.

Nothing was taken from Redz Bar and Grill. The owner says once the front is boarded up, the bar and grill will be back open for business later Thursday.

No one was injured and so far no arrests have been made.

Across the street on the Philadelphia side, the Luke Oil gas station was also damaged and a little farther down City Avenue, looters also struck the Target store.

Philadelphia Police: 2 Men Missing, Considered To Be In Danger After Meeting Man About Debt He Apparently Owed