MONTGOMERY COUNTY, Pa. (CBS) -- Cleanup is underway in Montgomery County after Friday morning's snowstorm dumped inches of snow across the area. CBS3 was there as crews started clearing roadways.

Shop workers at Suburban Square cleaned off signs and awnings so customers could beat the cold inside.

Earlier in the morning, big and heavy flakes covered lawns, roads, and sidewalks with around 2 to 3 inches of snow. By late afternoon, crews began piling up the snow to make way for drivers and shoppers.

The concerns now turns to slippery roadways; ponding left behind by the snow will freeze overnight, leading to icy asphalt.

For some people, despite the inconvenience, the fresh snow is just part of the season.

"It wasn't too bad, getting used to it," Paul Schwartz of Bala Cynwyd said. "I got my hands frozen already getting the snow off my car, but not so bad today."

The snow also giving local children a chance to get out this weekend and have some fun. In Philadelphia, though, the fun already began for some lucky kids.

The roads in Philadelphia are now wet and full of slush, meaning city drivers will have to worry about ice as well.

Of course, the great part about the day -- for a lot of children -- involves the parks where they can go sledding or tubing. 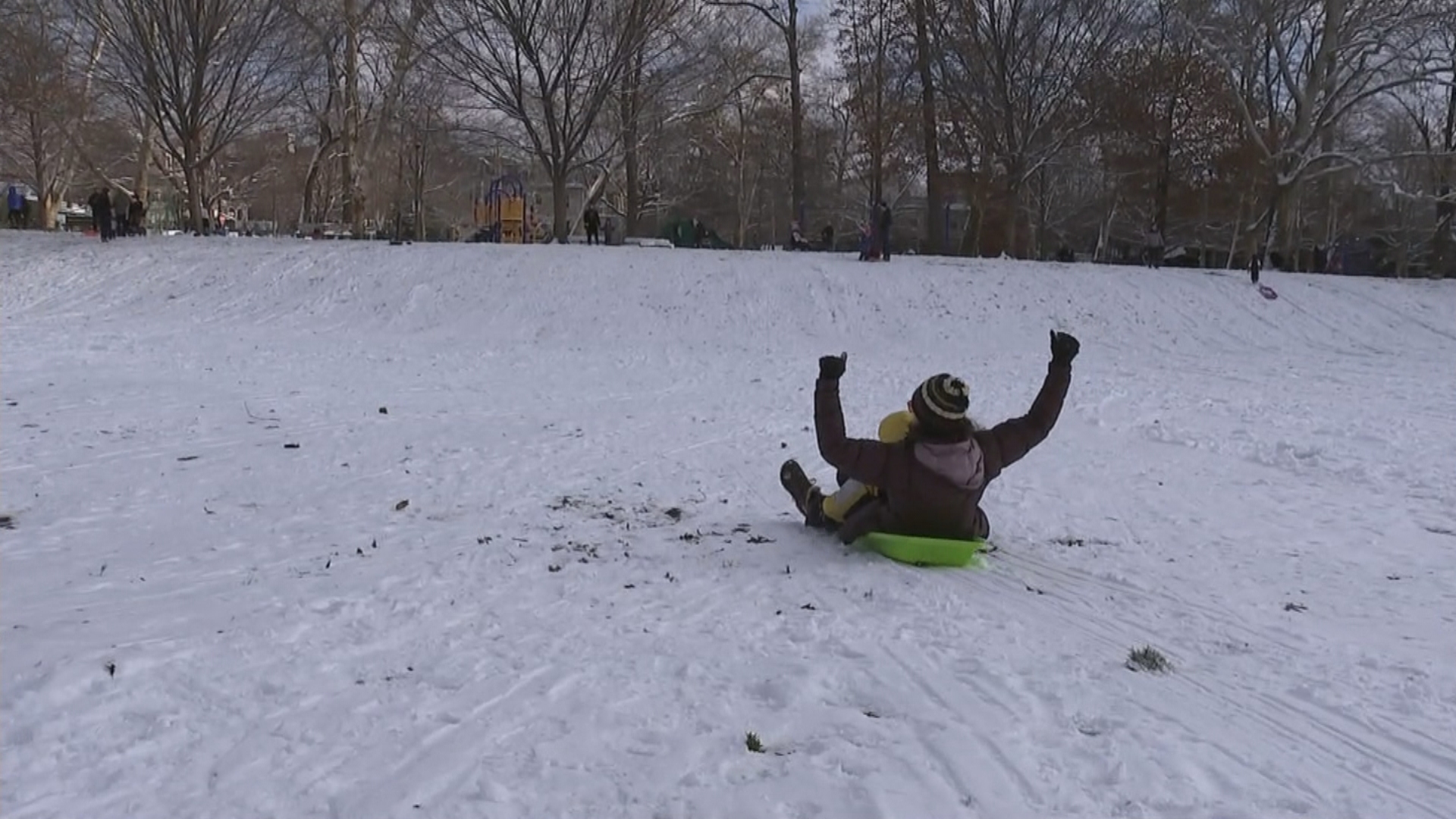 Regardless of how cold it is, it's never too cold for the kids playing in snow.

The city received 3.4 inches, according to the National Weather Service. It's definitely enough for people in Clark Park.

Children have been going up and down the hill. If anything they're getting a great workout.

Friday isn't considered a snow day for Philadelphia public and catholic school students, but families are making the best of it.

"I'm not out. I have virtual school. But my lunch break is extended because one of my teachers isn't here," Ziggy Bonarek of South Philadelphia told CBS3.

Melissa Conner added, "The teachers in Philadelphia should be off today. They have worked the hardest week of their lives. It's nice to be given a day to work from home but I want them to be off with their kids, or relaxing."

For more on the incoming overnight conditions, click here.

CBS3's Tammie Souza and Alecia Reid contributed to this report.