CHESTER, Pa. (CBS) -- The cause of a massive fire in Delaware County is under investigation after the blaze destroyed a historic church early Thursday morning. Members of the Chester Historical Preservation Committee tell Eyewitness News the fire seems suspicious since the building was vacant and had no electricity.

The fire broke out at the former Third Presbyterian Church on the 400 block of 9th Street, just before 2:30 a.m. Thursday.

Firefighters worked for several hours to put out the blaze that quickly grew to five alarms. The church is now a shell of what it used to be. 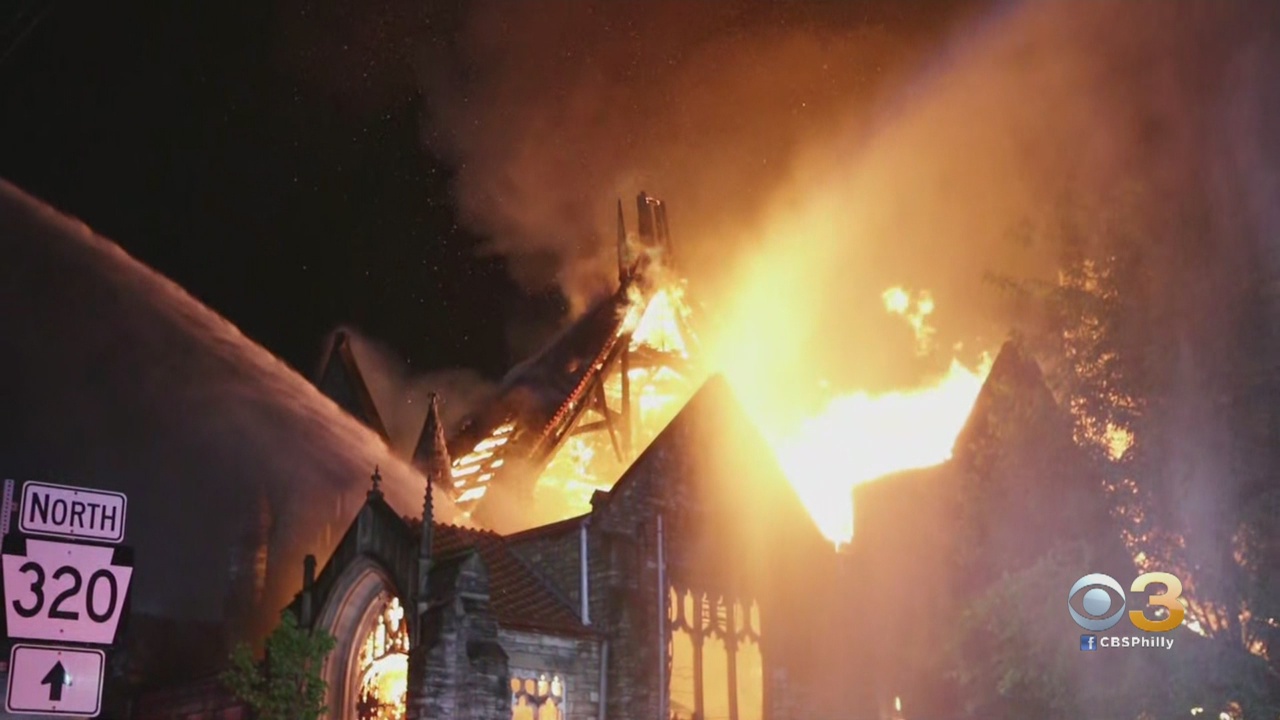 "From what we know at this point, it was vacant," Chester Fire Commissioner William Rigby said. "We arrived to heavy fire throughout the building."

Due to the age of the building, there were some firefighter difficulties in gaining access. Throughout the morning, there were multiple collapses at the church.

Seeing it was vacant, the blaze was attacked from the outside.

The building has not been used as a church in decades, however, it did house the Chester Historical Preservation Committee. As recently as last week, the committee expressed frustration over the delay in their attempts to get the church restored. They wanted to restore the structure for weddings, performing arts and other events.

The committee has been trying to fundraise for years to preserve the historic church built in 1895.

Members say it has been vandalized in the past, and they've taken measures to keep trespassers away from the 125-year-old building.

As officers from the Bureau of Alcohol Tobacco and Firearms investigated the site, members say the fire seems suspicious.

"There was no live electrical components in it," Chester Historical Preservation Committee member Michael Jude Felock said. "It didn't have running water or electricity. A fire would start from faulty electric but there was none. There was a roof and walls and stones. What could have possibly happened? I have no idea."

Seeing the centuries-old church destroyed was just too much for some bystanders to witness.

"My husband, my son came from a long line of firefighting so I've seen a lot of fires, but seeing something of that magnitude, like that close, it's heartbreaking," bystander Gabriela Downey said. "Again, because I've been inside that church, I know what it looks like inside, the history. I remember what it looks like inside. It's sad cause it is, you know, a place of worship."

It's still a shock to many. Generations of families were raised in the former church.

"My mother worked there for like 10 to 15 years. Everybody knows her on the east side," said Chester resident Lynne Nicholson. "They planted a tree in her honor and it burned last night."

"This place helped us through because we were poor down here," Chester resident Andrew Freeman said.

The fire also spread to a building next door believed to be an old school.

There have been no reported injuries.

CBS3's Trang Do and Alecia Reid contributed to this report.