Melanoma rates are increasing rapidly, doubling over the last 30 years. It's more common among men overall, but before age 50, it strikes higher numbers of women.

After her dad was diagnosed with melanoma, Leah Adams found out a suspicious-looking mole she had was also the most serious form of skin cancer.

"It was starting to become black in the middle, uneven borders, edges," Adams said. "And there was a red ring."

The research from the Cleveland Clinic covered 400 patients with melanoma and those who have a family history of multiple cancers.

Doctors say fortunately there is genetic, DNA testing for melanoma.

"So if that person is a carrier, then we know what gene to look for and then other family members can all look to see if they carry that gene," Funchan said.

Early detection is critical for surviving any kind of cancer. For melanoma, it's all about regular skin checks.

Here's what to look for.

It's the ABC rule: Asymmetry, if a mole has a strange shape or an irregular border, varying color, diameter -- bigger, is more suspicious -- and evolving, which is changing. 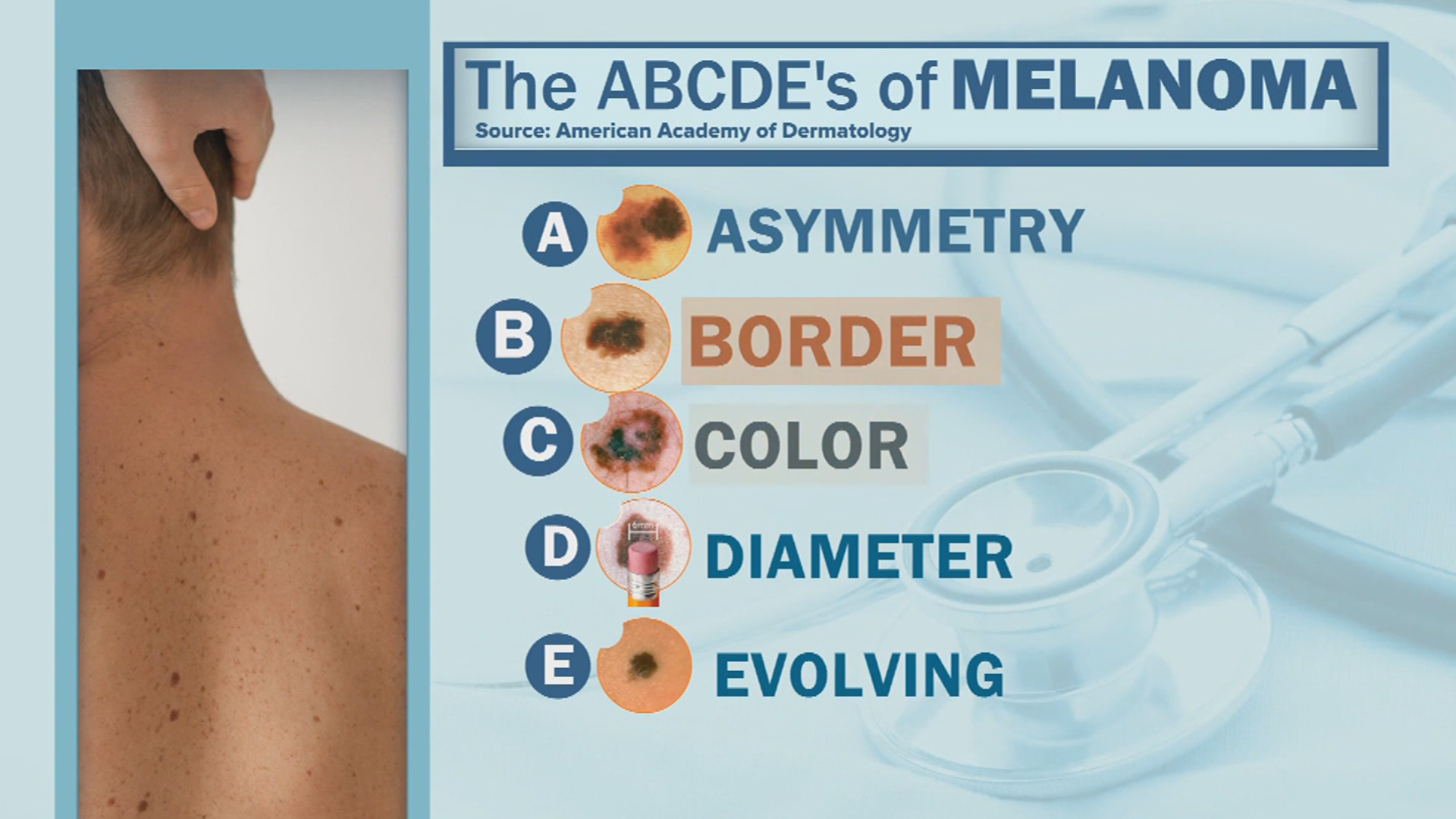 "They may have symptoms suddenly like they itch or hurt," said Dr. Melissa Piliang said.

Adams, who was just 26 when she found out she had melanoma, had two two risk factors -- family history and years of working on a tan.

"I was embarrassed because I felt like I gave myself cancer because I thought about all the times I should have worn sunscreen, I shouldn't have gone in a tanning bed," she said.

Adams had surgery and is now getting regular skin checks.

Doctors say tanning beds are especially high risk, even one trip to a tanning bed increases your risk of melanoma.