HAVRE DE GRACE, Md. (CBS) -- A Phoenixville-based charter bus carrying nearly 30 students from Philadelphia to Washington, D.C., for a field trip, was involved in an accident in Maryland that injured over two dozen people.

The students involved in the crash are eighth-graders from Charles W. Henry School in Philadelphia's Mount Airy neighborhood. The charter bus transporting the students is from the Phoenxville-based Werner coach. 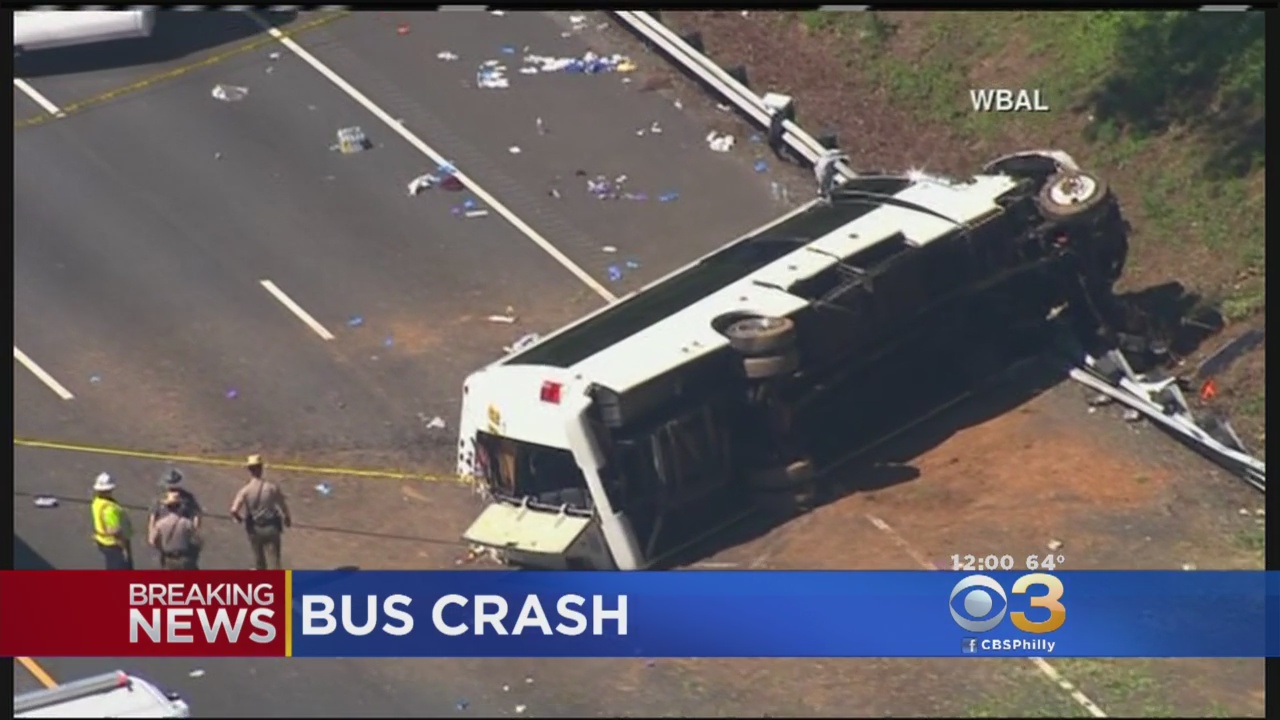 "Werner Coach wishes to express its sorrow and sympathy to those impacted by this accident," the bus company said in a statement.

The bus carrying 26 children, three chaperones and the driver overturned at least once on southbound I-95 near Exit 89 in Havre de Grace, Maryland.

One adult and one child were airlifted from the scene. Others on the bus were transported by ambulance to area hospitals.

"I witness this young girl crawling out of the woods. She had been thrown from the bus. So I stopped her put my jacket on to her head and went towards the bus," said Joseph Vigilante of Brooklyn.

Vigilante was on his way to New York traveling on the opposite side of the highway when the crash happened. He stopped his car, and sprinted across several lanes of traffic.

With the help a dozen of Philadelphia police officers who happened to be also on the highway traveling to Washington D.C. Vigilante was able to help rescue the student still on the overturned bus.

"We formed the chain from inside the bus, and we got the three other children out," said Vigilante, "For the rest of the time I stayed with Madison it was her birthday."

Madison was the student thrown from the bus into the wooded area.

Dr. Steven Fountain of Harford Memorial Hospital said that most of the injuries at his hospital were contusions and sprains.

"The accident was very traumatic for them. They weren't sure how hurt they were," Fountain said of the students, adding that they "seem to be in much better spirits now."

According to school officials, 21 students, one teacher, one parent chaperone, and the bus driver have been released from the hospital. Five students and one teacher remain hospitalized at this time. 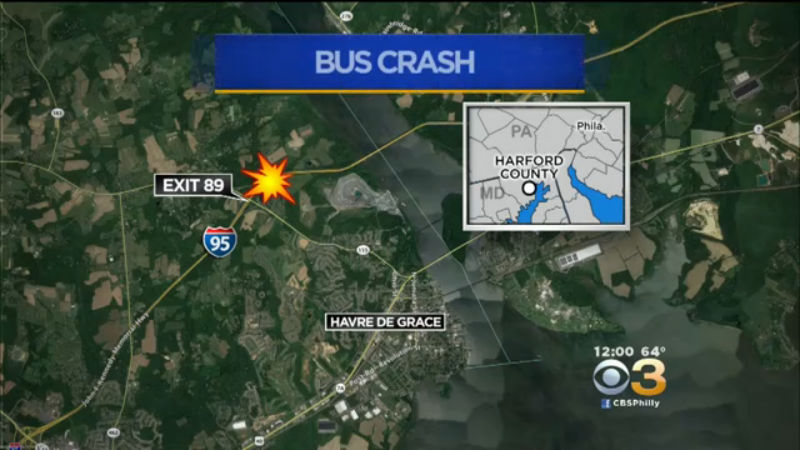 Maryland State Police said that preliminary information indicates that a driver attempted to pass the bus, lost control, came back across lanes and clipped the front of the bus.

"Preliminary, it appears the bus did overturn at least once, possibly several times," said Maryland State Police spokesperson Greg Shipley. "We also have a passenger car on the scene that investigators believe was involved in some way."

Authorities believe this whole crash may have been caused by the driver of a blue Honda. Investigators say the driver was trying to get around the bus, somehow lost control and clipped the side of the bus. The bus was sent it through a tree, then flipping once.

"The car driver was cooperative. Investigators have interviewed him they consulted with the Hartford County state attorneys office they will be withholding charges until the completion of the investigation," said Greg Shipley with the Maryland State Police.

Police have not said what charges the driver could face, but so far in the investigation authorities do not believe the driver was driving distracted or under the influence.

According to Maryland State Police, the Harford County State's Attorney's Office says charges will be withheld pending the conclusion of the investigation.

"We're trying to figure out how to gather the community around anyone who needs support -- watching other children or figuring out how to get down to where their children are. We don't know the extent of what happened or how bad anything is, but we're trying to prepare ourselves to offer whatever support is needed," said Corsover.

"Our thoughts and prayers remain with everyone involved in this accident and the entire Charles Henry School Community during this difficult time.  We will be forever thankful to the first responders, doctors and nurses, Maryland emergency response and state troopers for their efforts to insure our students, teachers and parents safety.  I also want to thank the Philadelphia police and their cadets who stepped in to assist on site and our entire city government community who made available every resource that we needed.

The bus was part of a caravan going to Police Week in Washington, D.C. A bus filled with Philadelphia police personnel was in a caravan and stopped to offer assistance when the crash occurred.

Counseling was provided at the school today and will be provided again Wednesday when school resumes.  The Charles Henry school psychologist and counselor, as well as additional District staff, will be on-site at the school to offer support to anyone who needs it.

If parents or school community members have questions they are encouraged to contact the Family and Community Engagement Office by calling (215) 400-5858.