PHILADELPHIA (CBS) -- Two Pennsylvania State Police troopers and a civilian were struck and killed on I-95 in South Philadelphia overnight. The crash happened on the southbound lanes near the Broad Street exit, around 12:40 a.m. Monday.

During a press conference Monday morning, Pennsylvania State Police said 33-year-old Trooper Martin F. Mack and 29-year-old Trooper Branden T. Sisca were responding to a call of a man walking along Southbound I-95 near the sports complex just before 1 a.m. As they were attempting to put the man into custody, a vehicle traveling at a high rate of speed struck all three men. 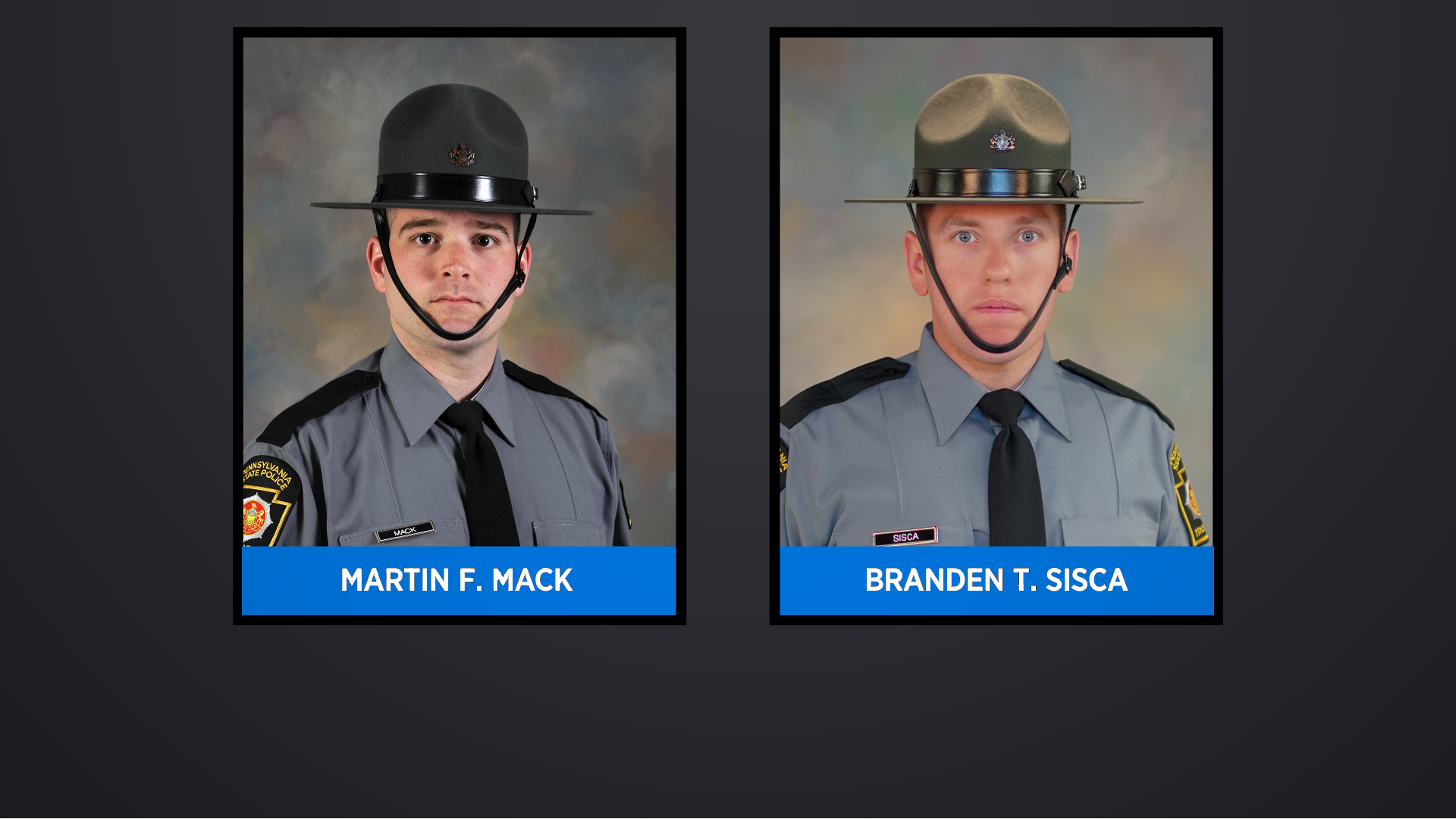 "The impact was so great that it threw the troopers over into the northbound lanes of Interstate 95," Pennsylvania State Police Capt. James Kemm said.

"There were some witnesses attempting CPR on the troopers on the left side of the road," Kemm said.

But they didn't make it. Chopper 3 found car parts scattered on the highway. 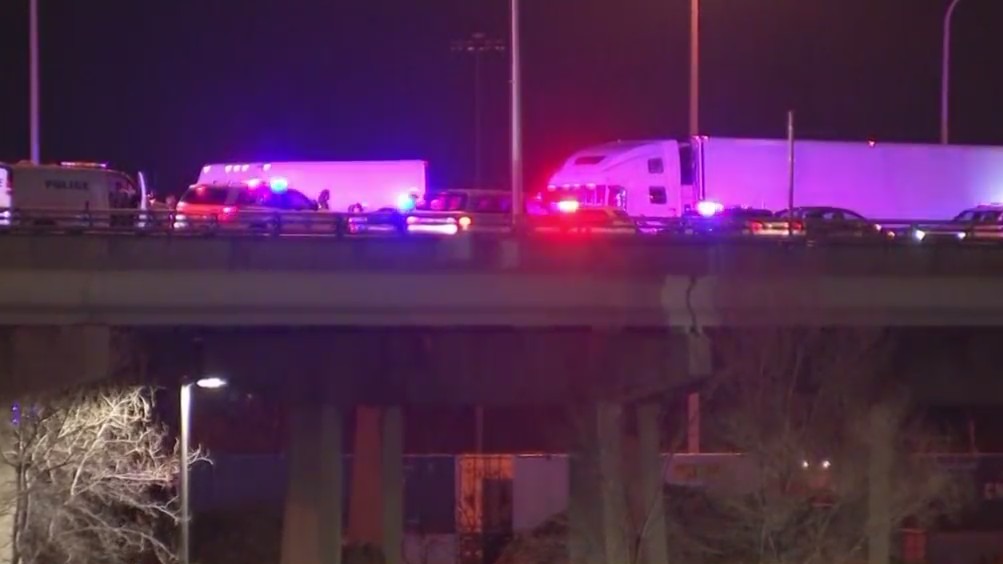 Pennsylvania Gov. Tom Wolf said Monday is a sad day for the commonwealth.

"There are three families mourning the loss of loved ones," Wolf said. "There are friends mourning those losses, colleagues, all of us. It's a reminder for the state troopers of what a heroic thing that they do for us each and every day. They lay their lives on the line for all of us, every day."

Police say the driver was a woman and her vehicle stopped a short distance later after she also struck a barrier. State Police have not yet identified the woman. There's also been no word on possible charges.

Authorities are now working on a DUI-related investigation.

The pedestrian's name was not released as police are still attempting to contact his next of kin.

Mack enlisted in the Pennsylvania State Police in November 2014 and graduated as a member of the 141st cadet class.

"The players just wanted to say that Marty Mack taught them a lot, not just as lacrosse players, but in life as well. They loved the opportunities they got to spend with him and the lessons that he taught them will never be forgotten," head coach Mike Walczak said.

A fundraiser effort is underway to help the Mack family.

Sisca enlisted in the Pennsylvania State Police in February 2021 and graduated as a member of the 161st cadet class.

Sisca grew up in Montgomery County and was also the fire chief of the Trappe Fire Company. They say he leaves behind a wife and an unborn child.

"He was a tireless leader even before he was one of our leaders," Trappe Fire Company Deputy Chief John Bolger said.

Both troopers spent their entire careers assigned to the Patrol Section of Troop K, Philadelphia.

In line with their love of giving back, both Sisca and Mack were organ donors. Before being transported to their funeral home, their bodies were draped in American flags leaving the Gift of Life office in Philadelphia.

"PSP will continue to carry out our duty to serve and protect the citizens and visitors of Pennsylvania. We will do this while holding the memory of these troopers and all of the others who made the ultimate sacrifice near to us," Pennsylvania State Police Commissioner Col. Robert Evanchick said.

On Monday, just before 6 a.m., Chopper 3 was over the scene where a police honor guard procession was seen leaving the crash scene and traveling to the medical examiner's office at Broad and Spring Garden Streets. Dozens of officers escorted the troopers' bodies.

I-95 was closed for several hours in both directions. It reopened just after 9 a.m.

Meanwhile, bouquets of flowers were laid outside Troop K on Monday in honor of the state troopers killed in the line of duty.

"Every time you see a thing like this, it's just a terrible thing," said Sam Imani.

Wolf ordered the commonwealth flag on all commonwealth facilities, public buildings, and grounds to fly at half-staff to honor Mack and Sisca. The Commonwealth flag shall be lowered to half-staff until sunset on Friday as well as on the day(s) of their funerals, which have not yet been announced. The United States flag is to remain at full-staff through this tribute.

Stay with CBS3 on-air, online, and streaming on CBS News Philly for the latest on this developing story.