PHILADELPHIA (CBS) -- A Northeast Philadelphia rowhome was blown open Monday. A 61-year-old man is alive thanks to a good Samaritan who pulled him out of the rubble.

The front of the brick two-story home blasted into the front exposing the first and second floors.

One neighbor said it looks like a dollhouse the way it's completely opened up. 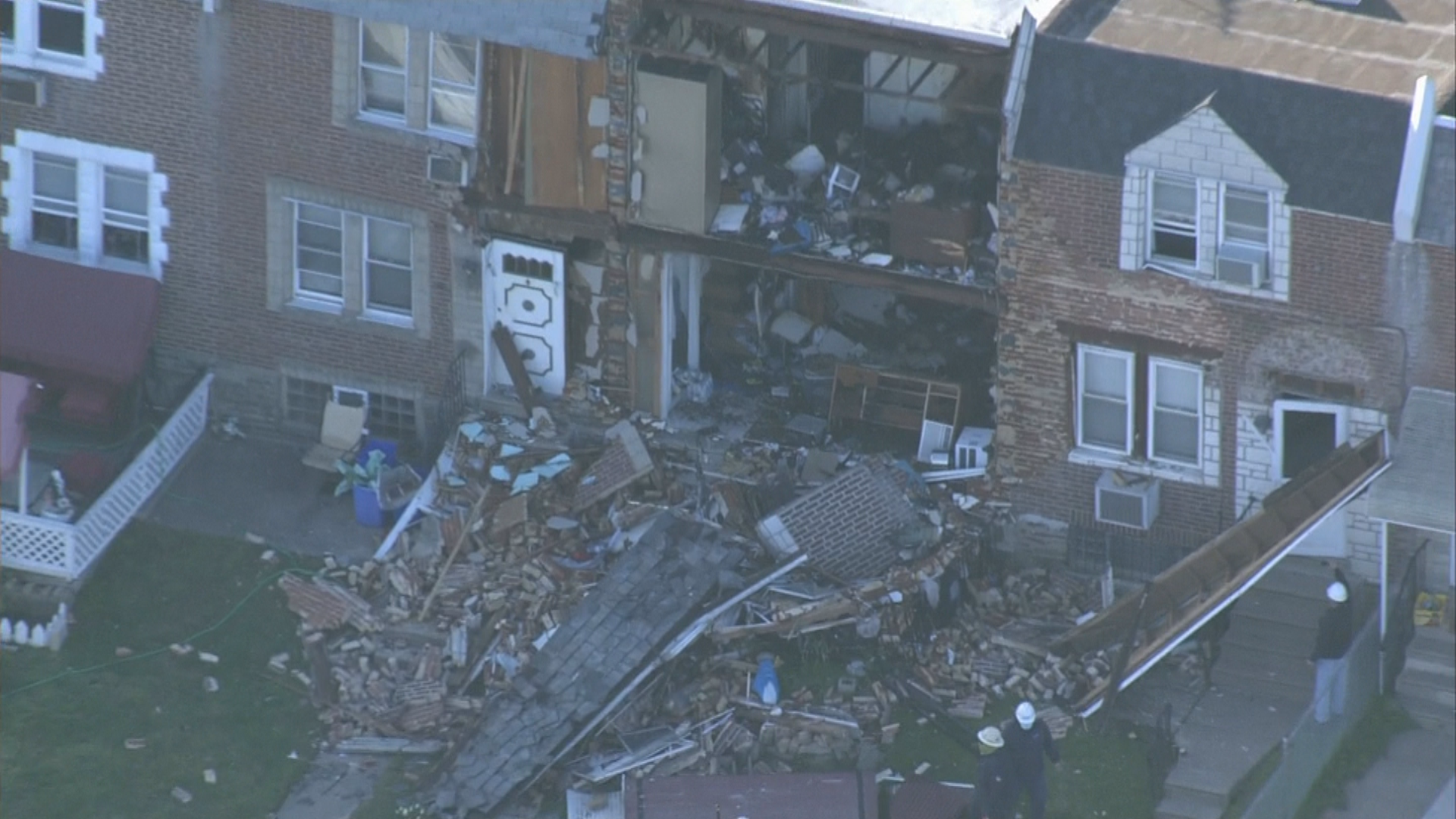 The victim's brother says he has been upgraded to critical condition because of the severity of his burns, and that he is lucky to be alive thanks to the kindness of a stranger who heard his cries for help.

Surveillance video captured the front of this brick rowhome exploding.

"Our units arrived to find the front of a building missing and collapsed and the second floor heavily involved in fire," Philadelphia Fire Commissioner Adam Thiel said.

Just before 1:30 p.m. Tuesday, crews were called for a reported explosion and fire on the 6300 block of Algard Street in Wissinoming.

Utility crews also responded, cutting off gas service, as more than 60 firefighters worked to put out the flames for nearly an hour.

"I heard him crying and screaming so I just went in to try to help him out," Rakyn Dyer said.

Dyer was visiting a friend and saw the blast happen. He climbed over the rubble to get inside to rescue a 61-year-old man trapped on the second floor.

"When I went upstairs, he was on fire, so I had to put him out with the extinguisher and I picked him up, put him on my shoulder and came downstairs," Dyer said.

This good Samaritan was in the right place at the right time, saying he didn't think about himself until after it was over.

"Once I got him out, I was scared. I can't believe I went in there," Dyer said.

Humble about his heroism, which likely saved a life.

"I would want someone to help my mom or my grandpop," he said.

A second person was treated for smoke inhalation on scene.

Crews will likely have this area blocked off for some time as they complete their investigation and begin the process of cleaning up.