PHILADELPHIA (CBS) -- Police are investigating a series of ATM explosions after several loud booms were heard throughout Philadelphia overnight. In all, a source tells CBS3 some 30 ATMs were damaged, and a botched attempt left one person dead Tuesday morning.

It appears ATMs were still being targeted Tuesday night. Police responded to a reported ATM explosion at North 31st and Baltz Streets in Brewerytown after 10:30 p.m.

CBS3's Kimberly Davis heard a loud bang followed by flames. There is no word if any money was taken.

Chopper 3 was over West Susquehanna Avenue and North 2nd Street in Kensington around 6 a.m. Tuesday. The bomb squad had been called in after an ATM explosion rocked the neighborhood.

Police say a 24-year-old man tried using an explosive device to blow up the ATM by Sidekicks Sports Bar, but when the device went off, he was thrown to the ground with serious injuries. He was rushed to a nearby hospital and died.

Meantime, there were several other ATM explosions across Philadelphia overnight. 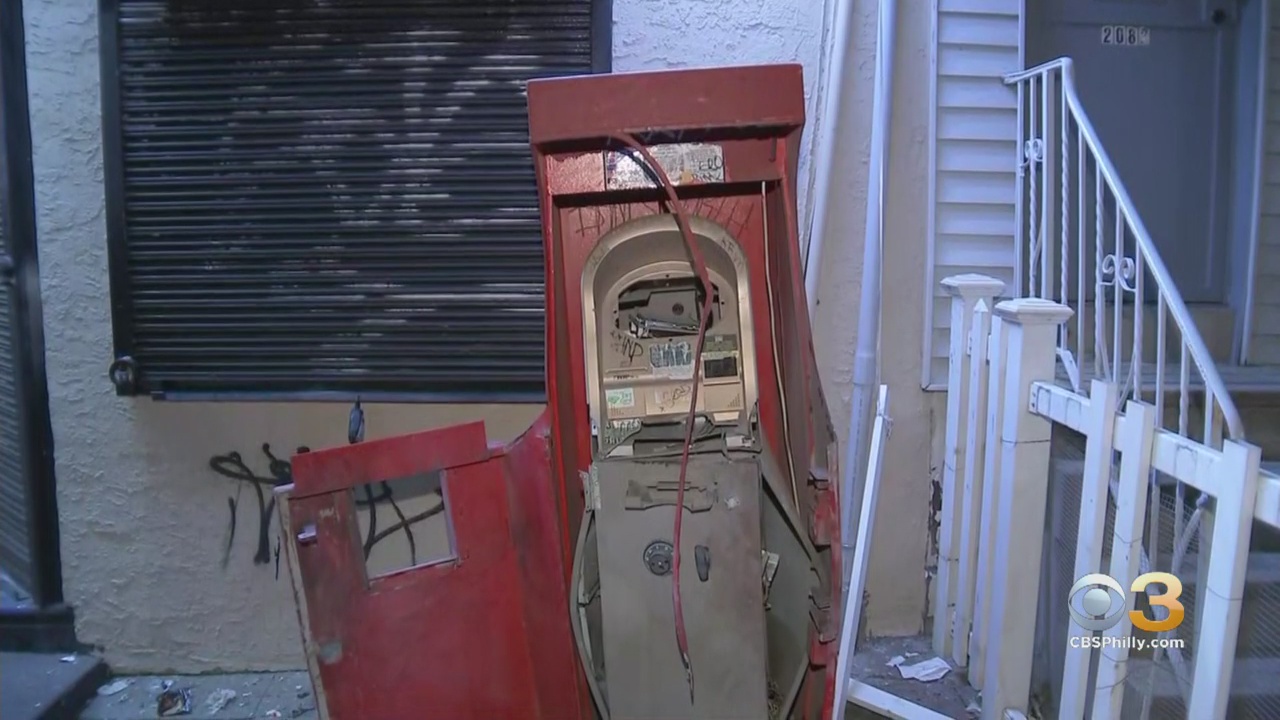 Video from 7th Street and Girard Avenue in Fishtown shows at least three people setting an explosive on an ATM, running away and then going back to the ATM. 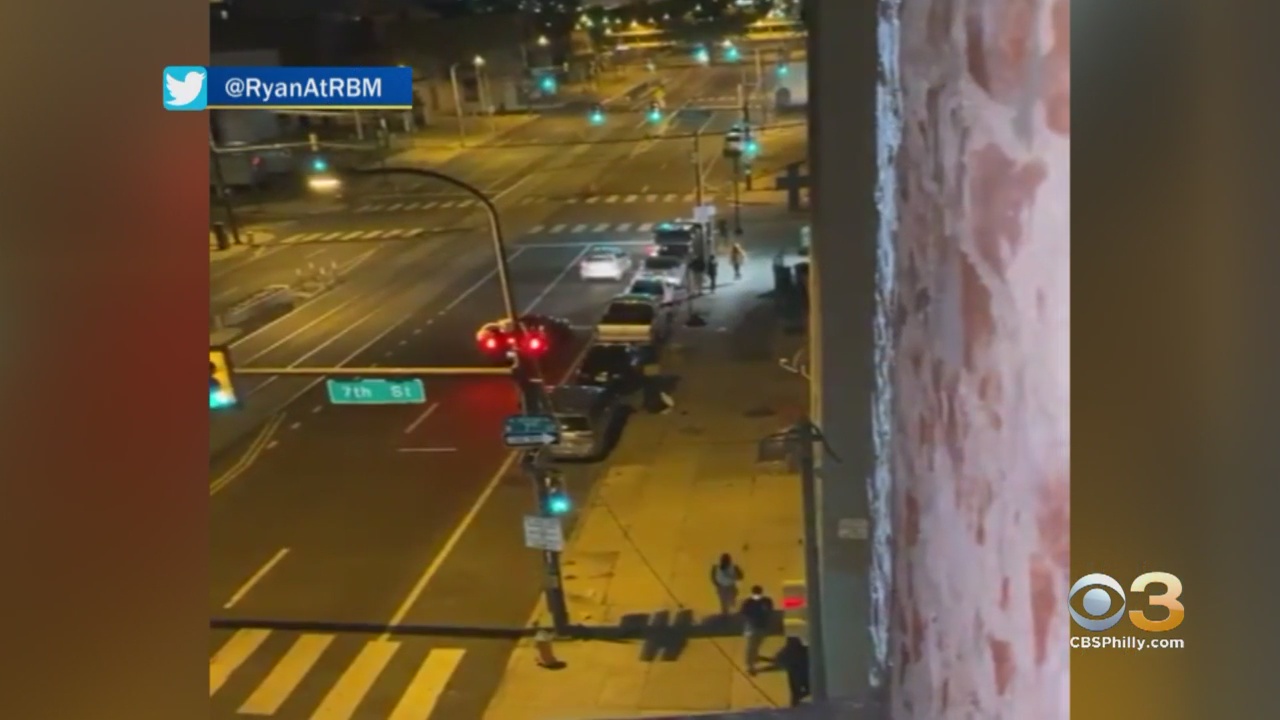 Two ATMs at 61st Street and Woodland Avenue in Southwest Philly also look like they were blown up. A butcher from a shop there says before the explosions, the shop was looted overnight and the safe and cash registers were stolen.

But the owner of the store was taken into custody.

"They were out here. It was mobs of people out here and they got into pretty much every store: the Dunkin' Donuts, the jewelry store, the Metro. It was a complete madhouse out here," the man said. "I was in shock and I'm going on 53 so I've seen a lot, but nothing like that."

Councilman Kenyatta Johnson surveyed the damage left behind after two ATMs were dismantled.

Police tell Eyewitness News vandals are quickly moving from one crime scene to another, making it difficult for police to keep up with them.

In all, a source tells CBS3 some 30 ATMs were damaged and an undisclosed amount of money was stolen.

"We believe that it is organized efforts and coordinated efforts as well," she said.

The hashtag #phillyexplosions was trending in the U.S. on Twitter.