PHILADELPHIA (CBS) -- Federal authorities turned to social media to help charge a Philadelphia woman in the arson of two Philly police vehicles during the unrest in the city that began last month in the wake of George Floyd's murder. Lore-Elisabeth Blumenthal, 33, has been incarcerated since May 30.

When police vehicles were seen burning in Center City on May 30, the crimes seemed almost faceless, casualties of a city teetering on chaos, but there was a face, a tattoo and a shirt that the FBI took note of. 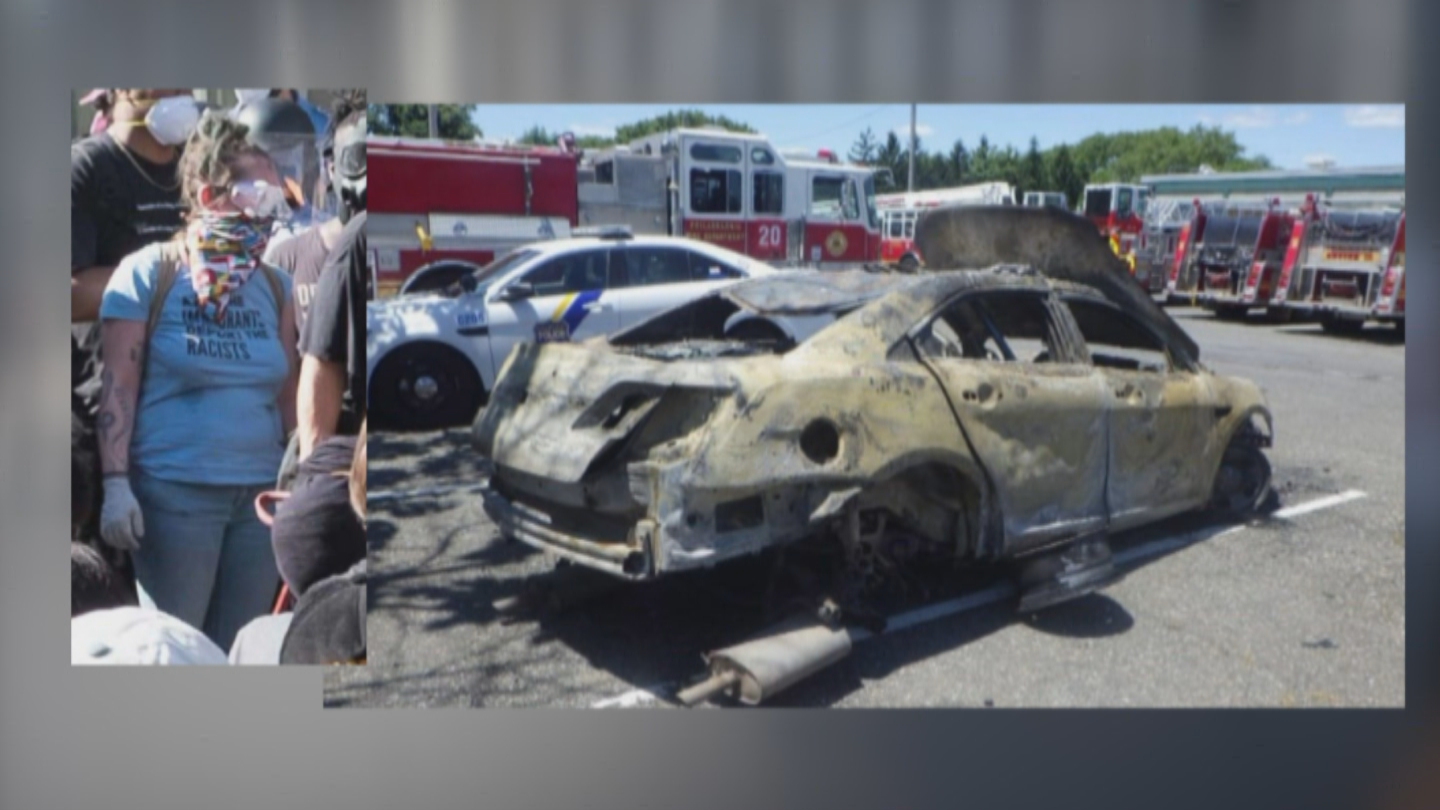 The federal investigation into Blumenthal's identity began, of all places, on Instagram, where she was seen wielding a flaming piece of a barricade at a Philadelphia police cruiser on May 30.

According to a criminal complaint filed this week, the woman had a peace sign tattoo on her arm and wore a blue T-shirt with the words "Keep the Immigrants, Deport the Racists."

Court documents show that agents found that same shirt on Etsy, an online crafting marketplace and noticed a five-star rating for the shirt by a purchaser in Philadelphia. That Etsy username linked agents to another site, Poshmark, a clothing exchange platform.

There, the name Lore-Elisabeth was located and a search of that name in Philadelphia took agents to LinkedIn and a local massage business. On that business's website, agents found videos that showed an employee with what they describe as the same peace tattoo.

Blumenthal has been charged with arson.

Paul Hetznecker, Blumenthal's attorney, says he plans to challenge the federal government's investigative tactics, which he refers to as surveillance.

"It's the extent to which they have done it, more broadly, when it involves political movements and certainly in this particular case, it will be something I'm going to scrutinize very carefully," Hetznecker said.

In a statement, U.S. Attorney William McSwain said others involved in similar acts of destruction should take note.

"We at the U.S. Attorney's Office fully support the First Amendment right of the people to assemble peaceably and to petition their government," McSwain said. "But torching a police car has nothing to do with peaceful protest or any legitimate message. Anybody who engaged in such acts can stand by to put your hands behind your back and head to federal prison. We are coming for you."

Hetznecker is questioning why this case, and potentially others, are being held federally instead of locally.

Blumenthal is currently held in federal custody and has a detention hearing on Friday.