PHILADELPHIA (CBS) -- We have been in a meteor drought for the past four months since the Quadrantid Meteor Showers in early January, but that's about to change with the Lyrid Meteor Showers set to crisscross the sky after midnight the next two nights.

Cloud cover may not clear quickly enough Thursday night for a glimpse of the meteors, but Friday night between midnight and 5 a.m. skies should be clear enough to view the yearly event. 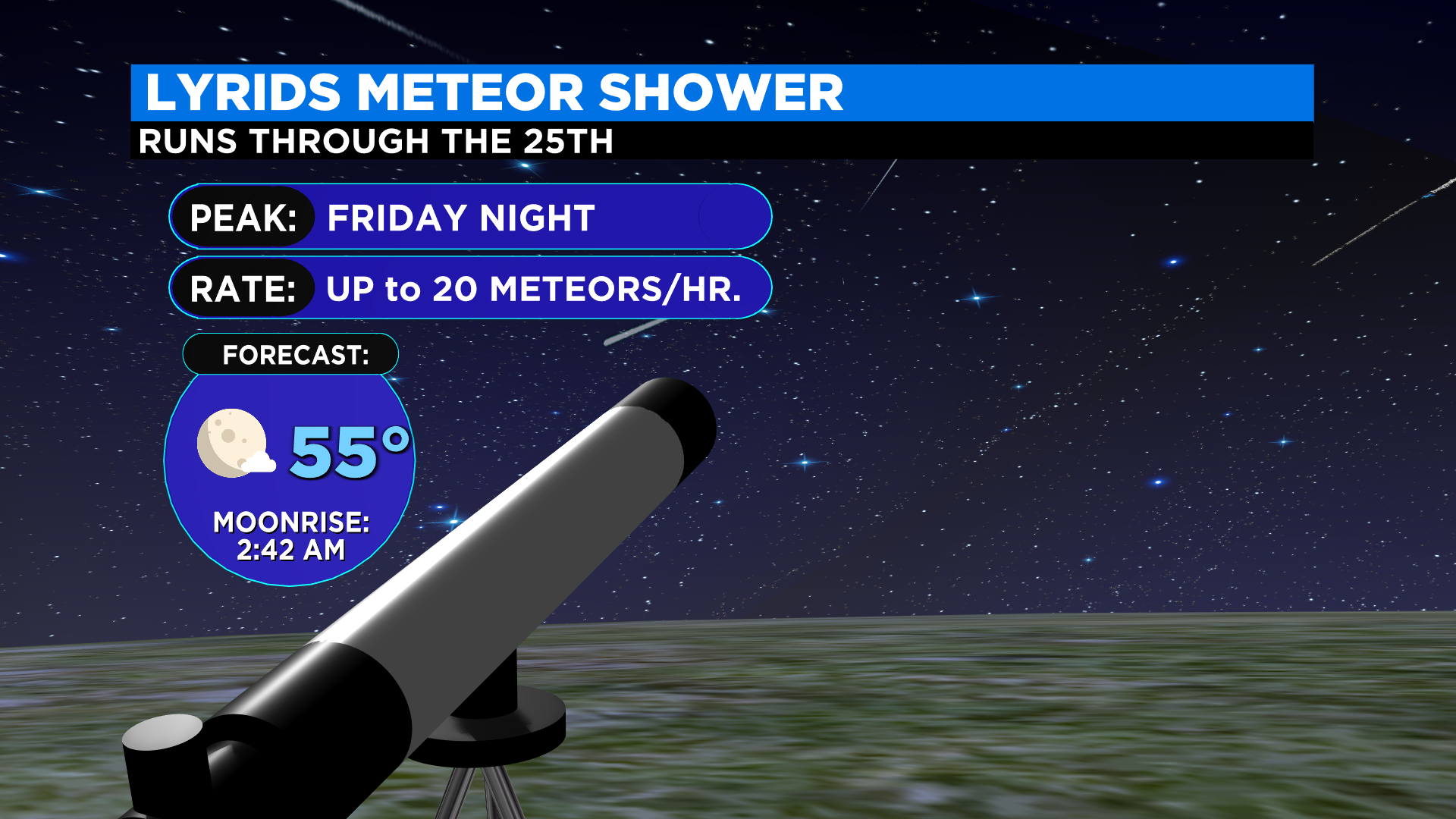 If you are venturing out for viewing, get as far from the bright city lights as possible then look to the northeast sky after midnight. Give your eyes 20 to 30 minutes to fully adjust and watch for up to 20 meteors per minute.

The Lyrids are a yearly event each April and originate from Comet C/1861 G1, also known as Comet Thatcher. The comet itself circles the sun in a large orbit every 415 years and was last visible on Earth in 1861. The meteor shower occurs as the Earth passes through the comet debris field at the same time each year.

Some years have produced extreme numbers of Lyrid meteors of up to 300 per hour, as was the case in 1922 and 1982. One of the earliest accounts of the Lyrids was in 687 B.C. in China where historical records recall a rainstorm of stars.

Next up is the Eta Aquarid meteor shower on May 4 and 5.