PHILADELPHIA (CBS) – We have another bit of sad news from our KYW Newsradio family. Sportscaster Jack O'Rourke died suddenly early Saturday morning after covering the Phillies game. He was 80.

You'll know Jack O'Rourke for his sports reporting and well you should.

"But in the 11th, it was the Cardinals who took control."

Jack was a fixture of our Phillies coverage from Spring Training through Red Octobers and brought to the job decades of perspective. Although he cut his broadcasting teeth in news, he was a KYW Newsradio anchor and even City Hall Bureau Chief, his sports reporting took him all over the world covering Olympics and other events. He won a Peabody while at NBC, no mean feat.

(Reflections on the life and carreer of KYW's Jack O'Rourke from NBC's Andrea Mitchell, as well as the Phillies' Charlie Manual, Dave Montgomery, Larry Shenk and Ruben Amaro, Jr.)

Back in then 60's when Jack was in news he worked with now NBC TV correspondent Andrea Mitchell. 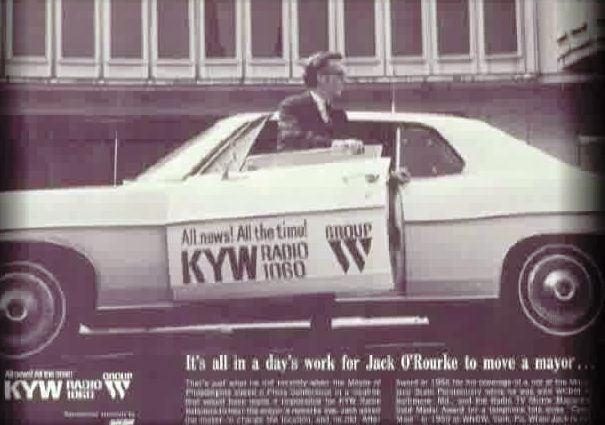 "He had the enthusiasm and the love of any beat he covered. We worked very closely on election nights and on transportation stories, Septa strikes, all kinds of stories. We were just a gang of young-ish reporters, we thought reinventing the news. What an extraordinary, loving, kind man."

Jack's son 50-year-old Sean O'Rourke calls his dad his best friend and a gentleman to all.

"It didn't matter who you were you could be Charlie Manuel or you could be his son he treated everyone the same."

"He just bubbled over with enthusiasm for what he was doing, where he was going. He made a job out of going to spring training for God's sake. C'mon! Who could do that and get paid for it? Jack O'Rourke."

Delaware County Times sports columnists Jack McCaffery was in the press box when Jack collapsed after interviewing Phillies players. He says he is saddened with the loss of Jack and he was a true professional.

"You saw how well he did his job over the years and I would always be amazed at how clear his voice was. He was a treat to watch work."

"Jack has a joy for life that was absolutely infectious to everyone he touched. He looked forward to spring training and covering every game and it's just not going to be the same without him."

That family includes children, grandchildren and even great-grandchildren. To all, our sympathies in a shocking, painful time.

If you're never fully dressed without a smile, then Jack was always turned out. A grin and a twinkle in his eye would start any encounter and he could make you feel that you were just the person he'd been waiting to see.