Kelly Clarkson took the GRAMMY stage not to sing one of her own songs, but instead to pay tribute to two legends.

With just a pianist and a guitarist, Clarkson put her own bittersweet take on Patti Page's ballad "Tennessee Waltz." The best selling artist of the '50s, who passed away in January at 85, received this year's GRAMMY Lifetime Achievement Award.

Clarkson also paid tribute to the other Lifetime Achievement recipient, Carole King, with a soulful version of "Natural Woman." King has won four statues in her career including Song Of The Year for "You've Got A Friend" and Album Of The Year for Tapestry in 1972. More than ten years ago, Clarkson actually performed the song as a contestant on American Idol. 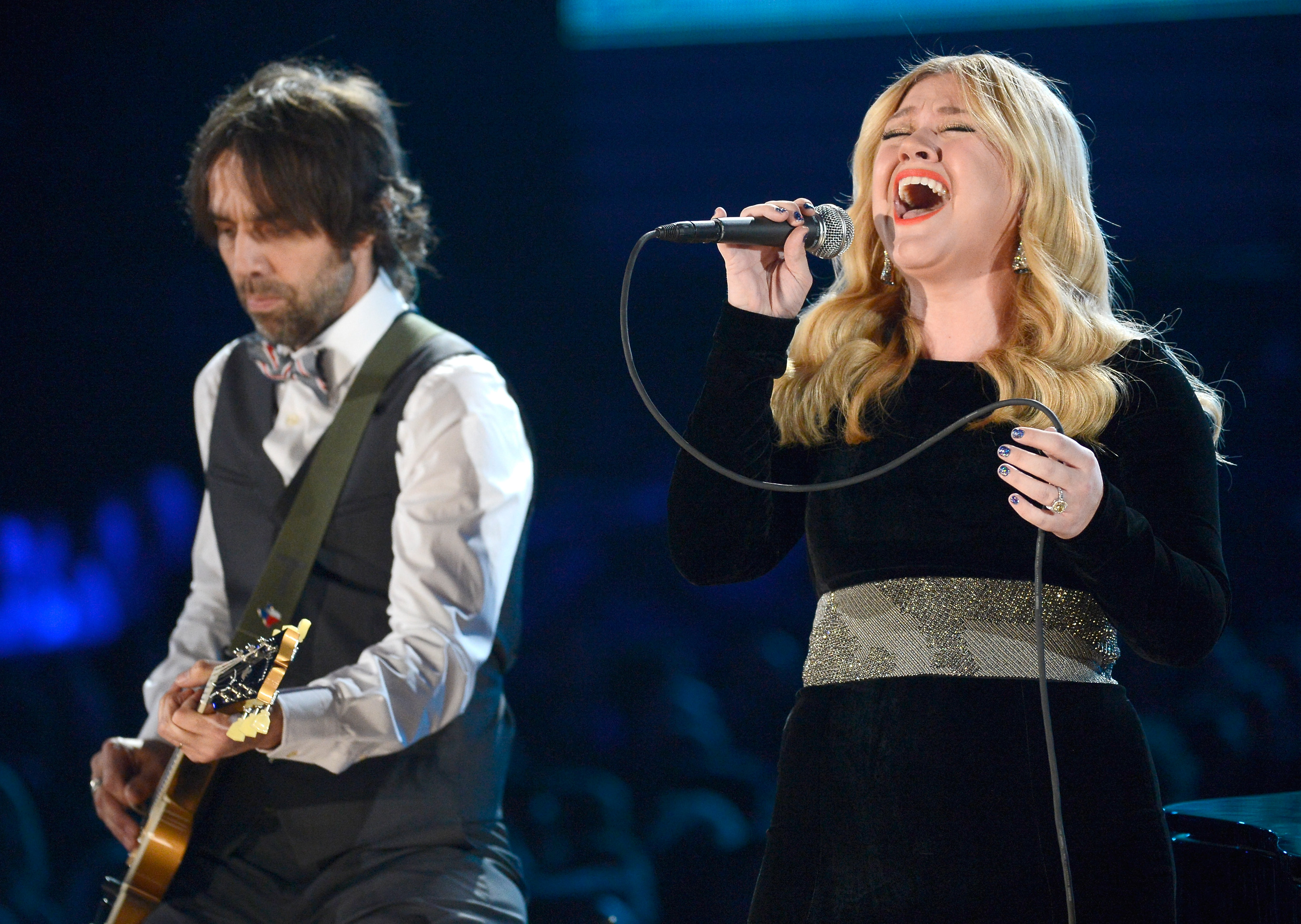 Earlier in the night, Clarkson took home the GRAMMY for Best Pop Vocal Album with her fifth album, Stronger.

In the most entertaining acceptance speech of the night, Clarkson thanked her fellow nominees Katy Perry and fun. telling them that she's been covering them all summer. Ending her speech by letting R&B singer Miguel know that they need to record together.

"That's the sexiest thing I've ever seen," she said about the singer's earlier performance of his GRAMMY-award winning song "Adorn."