The government has laid out through a 100-plus page indictment all of these allegations concerning Dougherty and Henon. 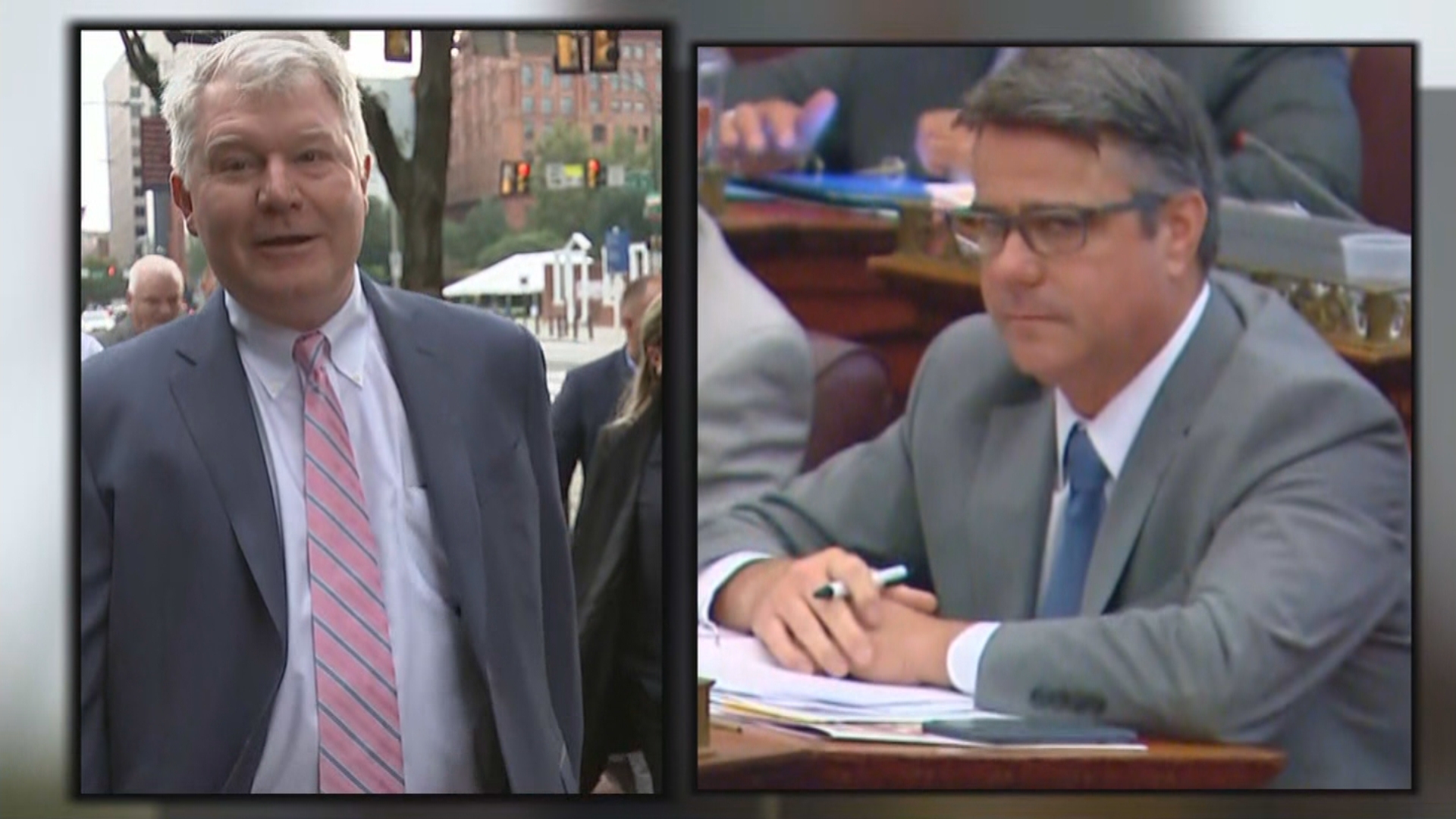 Day 5 of testimony and Dougherty arrived at court with an entourage of support, even receiving a round of applause.

Inside the court, details of a 2014 meeting with Henon and Dougherty were revived. Then-Licenses and Inspections Commissioner Carlton Williams claimed Dougherty lobbed what he described as an "idle threat" -- in Williams' words -- that Dougherty "could have him replaced."

The men had been meeting over labor troubles at a Center City redevelopment project, when Williams says Dougherty shifted the conversation and raised concerns about the 2013 fatal Salvation Army Building collapse from a year earlier. Williams' department was heavily criticized. That's when Williams claimed Dougherty issued his "idle threat."

Eyewitness News asked Williams about the seven-year-old exchange after his testimony concluded. Williams said he never felt pressure from either Dougherty or Henon.

Williams also testified that when he was commissioner over the Department of Licenses and Inspections, he fielded complaints from Henon a couple of times a month. His concerns usually concentrated on what's known as the "underground neighborhood," those who operate unlicensed in the city.

Part of the testimony involved one of those nine so-called schemes wherein the bigger picture, prosecutors allege IBEW boss Dougherty used Henon to exert influence across city departments while employing him in Local 98, which the feds assert that salary amounted to a bribe.

For instance, Williams testified he received a complaint in 2015 from Henon about unlicensed electricians installing MRIs at Children's Hospital of Philadelphia.

Williams said eventually a stop-work order was issued because those workers did not have the proper paperwork to make those installations. He testified Henon's complaints weren't given any more weight than other members of the council.

Dougherty meanwhile wouldn't talk about the trial, but rather what was popping off the sports pages.

"I'll be honest, I can't talk about the trial, but I do think the people of Philadelphia don't want Ben Simmons back. OK. If you really want to know, I don't think they want Ben Simmons back," Dougherty said. "I think the Eagles are going to play -- you know it was a big win last week. I think Thursday will be better. And I don't want to hurt anybody's feelings, but I think the Atlanta Braves are going to win the World Series and Freddie Freeman is going to be the MVP."

Meanwhile, Henon's former council office director was on the stand for hours. Christopher Creelman told the jury months after the FBI raided his boss's office that Henon was asking around about who may have been questioned by the FBI.

The staff even had a team-building session at the Masonic Temple, according to Creelman, to sort through the aftermath of the FBI search.

Creelman also claimed Henon directed all staff members to use bobbyhenon.com email addresses, not official city email. Creelman explained it was hoped using private servers would be out of reach of subpoenas.

Both Dougherty and Henon have denied any criminal activity at all. In fact, Dougherty says he's done nothing wrong. Henon, whose much of this case rests on the fact he was receiving a paycheck from Local 98, says there was nothing untoward about that and it was not inappropriate.