PHILADELPHIA (CBS) -- Police say a man visiting Philadelphia from the Philippines is dead from a single gunshot wound to the head. Police confirmed the victim is John Albert Laylo, a government attorney from the Philippines, according to the country's consulate general.

Police say Laylo and his mother were in an Uber around 4:10 a.m. on Saturday headed from University City to Philadelphia International Airport when as many as 15 shots were fired into the rear window and driver's side of the car at 38th and Spruce Streets.

Officers transported Laylo to Penn Presbyterian Hospital after responding to the shooting where he was placed in extremely critical condition. Police say Laylo had been on life support Sunday morning when he died. He was pronounced dead at 10:33 a.m., authorities say.

Police say Laylo and his mother were traveling southbound on 38th and Spruce Streets and stopped at a red light. Then, police officials say the shooter emerged from another car that pulled behind the Uber.

Police say their preliminary investigation reveals that an unknown black vehicle, possibly a Nissan Maxima, fired several rounds into the vehicle. According to police, the vehicle then pulled along the driver's side of the Uber and fired more rounds before fleeing.

Detectives are currently attempting to retrieve surveillance video to identify the suspect vehicle.

On Facebook, Laylo's mother posted photos of happier times on their trip to the United States. They were set to fly out to Chicago after visiting family in Philadelphia.

His mother in a post said in part: "I can't explain the heaviness I have in my heart. It took me hours to post this because I still can't believe this happened." 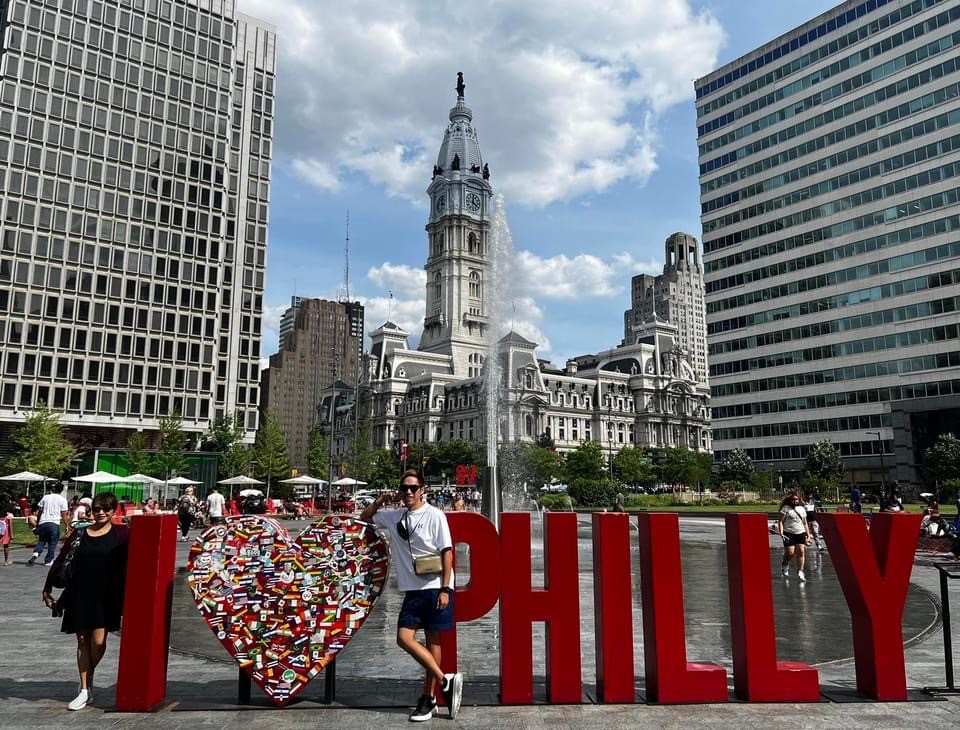 Police say the investigation at this time shows the shooting was random, possibly road rage related.

Philadelphia police are still looking for the shooter,

The Philippine Consulate General called on police to do everything in their power to find the killer.