PHILADELPHIA (CBS) -- A man driving a stolen car and who was naked from the waist down struck and killed a 16-year-old boy on his way home from the corner store. James Sanders was struck near 44th and Parrish Streets in West Philadelphia Wednesday night shortly before 11 p.m.

"I just can't even imagine him laying out there like that," said Sara Sanders, the victim's grandmother.

Sixteen-year-old James Sanders was walking home from the corner store Wednesday night when he was fatally struck by a speeding SUV. The impact was so strong it knocked him out of his sneakers. 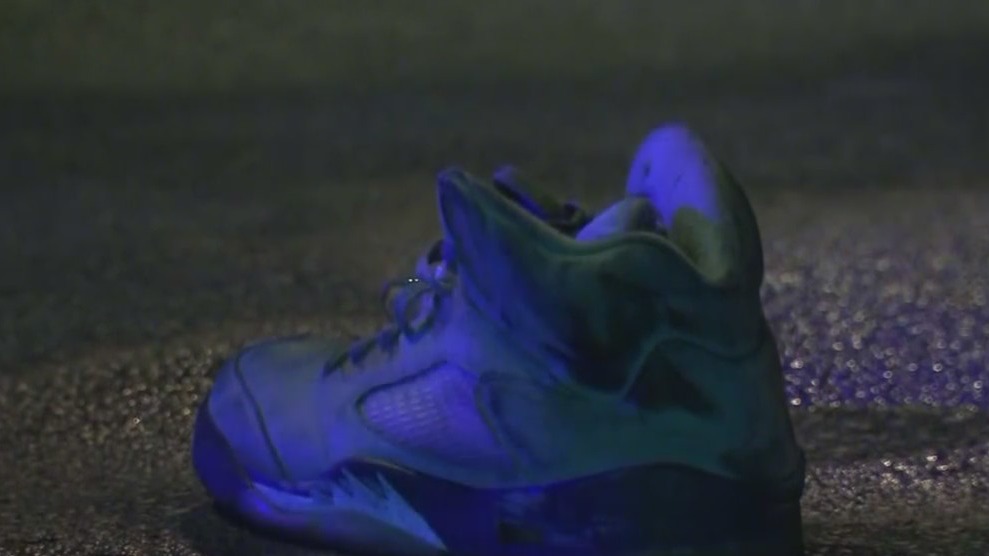 His grandmother says he called his mom just moments before the crash.

"She had just cooked dinner and he told her he was on his way home. She said that his plate was in the microwave and he never got a chance to get it," Sara Sanders said.

Officials say when they pulled Adams out he was naked from the waist down and smelled like alcohol. They later realized the 2015 Toyota Highlander SUV was reported stolen from Cheltenham Township 30 minutes prior.

"They shouldn't be out there driving like that, hitting children, innocent people," Sara Sanders said.

But for James' family, they are now left to plan a funeral as they try to make sense of what happened.

The suspect did have to take a blood-alcohol test after the crash. We are still waiting to learn those results.

Adams has been charged with homicide by vehicle, involuntary manslaughter, aggravated assault by vehicle and other related charges.

The 21-year-old also hit suffered a broken ankle and is expected to be OK.