RIDLEY TOWNSHIP, Pa. (CBS) -- Recovery crews have removed a car from Darby Creek in Ridley Township after divers recently discovered human remains inside the car. They believe the remains belonged to James Amabile who has been missing for more than 18 years.

Sources tipped off CBS3 that recovery crews would be back out Monday morning. They arrived around 3:30 a.m. Monday with heavy-duty equipment, including a large crane and multiple flatbed 18 wheelers.

Members of Adventures with Purpose believe they made a major discovery last Saturday based on an anonymous tip. 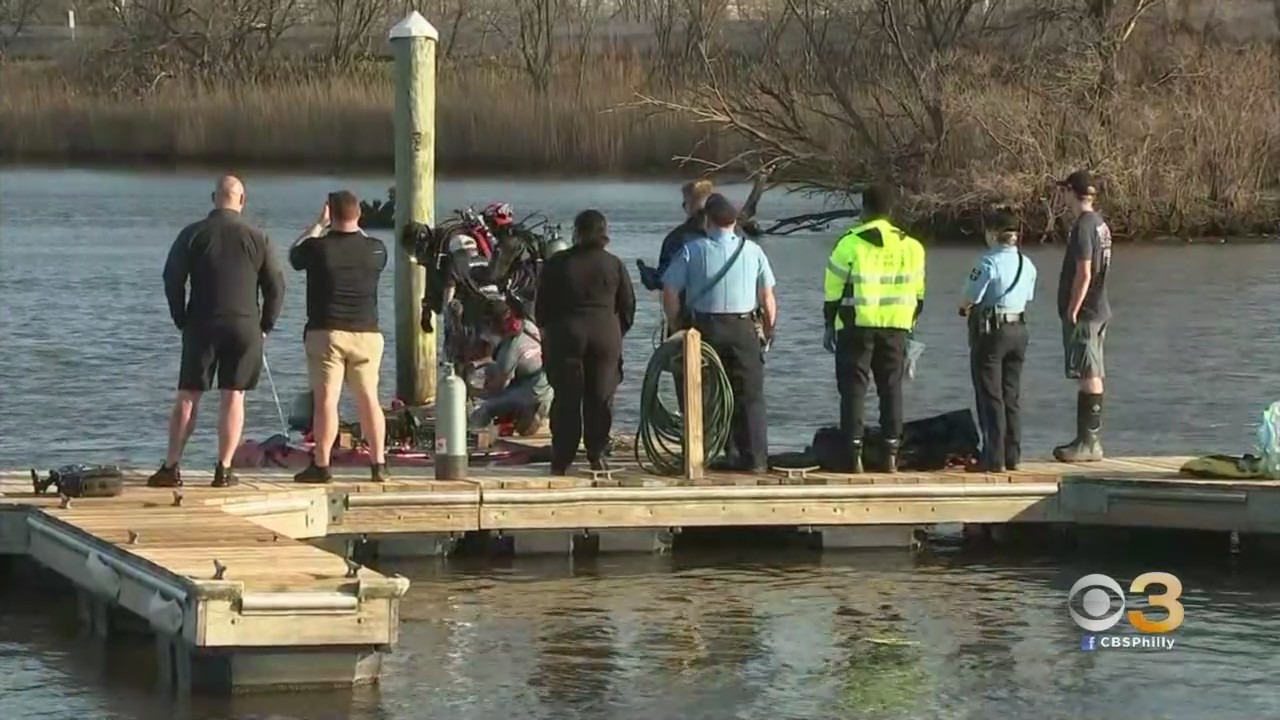 The volunteer dive team used state-of-the-art sonar technology to find a vehicle submerged 24 feet underwater in Darby Creek. Inside the car, they say they found the remains of a man's body.

"For a vehicle that's been submerged underway for 19 years, it was actually in really good condition," said Douglas Bishop with Adventures With Purpose. "Luckily, the suspension was silted in, sunken the bottom, so in a way it preserved it."

They believe it belonged to James Amabile who disappeared in 2003 after calling his kids' babysitter to say he was running five minutes late to pick up his two daughters. The plates on the SUV matched Amabile's.

Extracting it proved more challenging than could be imagined.

Divers say when the docks at the Ridley Township Marina were built more than a decade ago -- a supporting pylon was driven through the engine block of the SUV, pinning it to the creek bed.

"Luckily, through the family and some local companies here, Pro Crane stepped up big time," Bishop said. "They brought in a $3.5 million crane, donated all of their services. They had about 15 guys out there. With them and us, we did it all free for Ridley Township."

Police say the discovery could bring closure to the family that's been searching for answers for nearly two decades.

As for a positive identification of Amabile, that remains up to forensics analysis and testing by the Delaware County's Medical Examiner's Office.