PHILADELPHIA (CBS) -- Several "large and extremely dangerous" tornadoes were spotted throughout the Philadelphia region Wednesday, the NWS says. The damage left behind from Ida in New Jersey has prompted Gov. Phil Murphy to declare a state of emergency.

Several tornado warnings have been issued throughout Pennsylvania, New Jersey and Delaware on Wednesday as the remnants of Hurricane Ida pound the region.

The area around Mullica Hill, New Jersey, appears to have been hit particularly hard. A massive funnel was captured by Twitter user Ryan Thoden in the area.

"I've never witnessed something like this before in my life," resident Julia Konawel said.

A home was leveled after a tornado touched down in Mullica Hill. 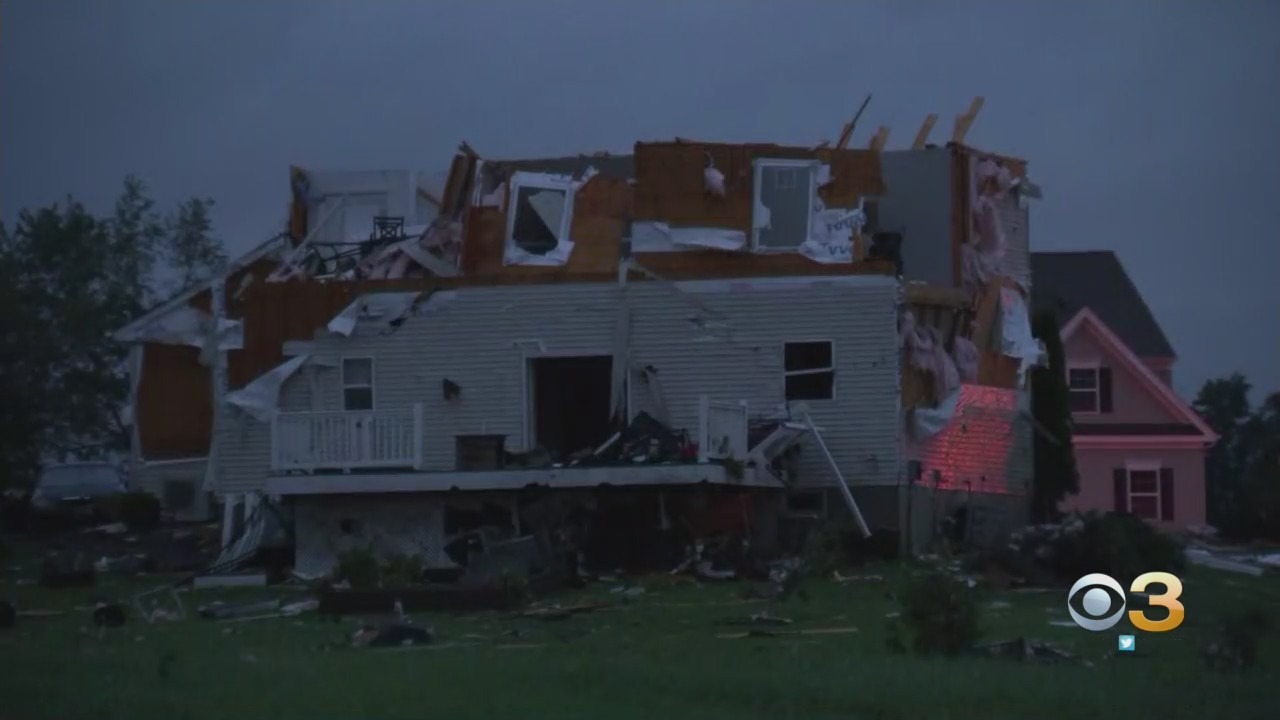 "It's like a war zone. The one house over there, there is nothing left of it," Konawel said.

One man who lives right next door on Josephine Way didn't want to be on camera, but says his home was hit too.

"You can hear the roof just being ripped off, the glass being smashed," he said.

People who were driving and live in the area witnessed the dark clouds roll in and rain intensify.

"I looked over to my right and I saw a giant funnel," Konawel said.

Many people hid in the basement as the tornado barreled though their neighborhood.

"I just went into my basement. One of the crazy things was I could not shut my basement door," Julius Konschak said.

Not far away, on Winding Way, trees were down left and right. The back of a home was missing.

Firefighters fought through limbs blocking streets as the cleanup continues.

An incredible video by viewer Cole Pisa shows an apparent tornado pass by the Burlington-Bristol Bridge.

Burlington County officials say there have been several sightings of a possible tornado in the area of Edgewater Park, Beverly and Burlington. However, there is no confirmation as to whether it touched down or not.

Over in Chester County, viewer Evan Custance shared photos of downed trees and siding ripped off the side of a home in Oxford.

A flash flooding warning is in effect for large portions of the area -- including Philadelphia, the Pennsylvania suburbs, New Jersey suburbs, and Delaware -- until 11:30 p.m.

A tornado watch has been issued for parts of Pennsylvania, New Jersey and Delaware until 10 p.m.

Download the CBS Philly Weather App for the most up-to-date weather forecast. The app is free on Apple and Android devices.