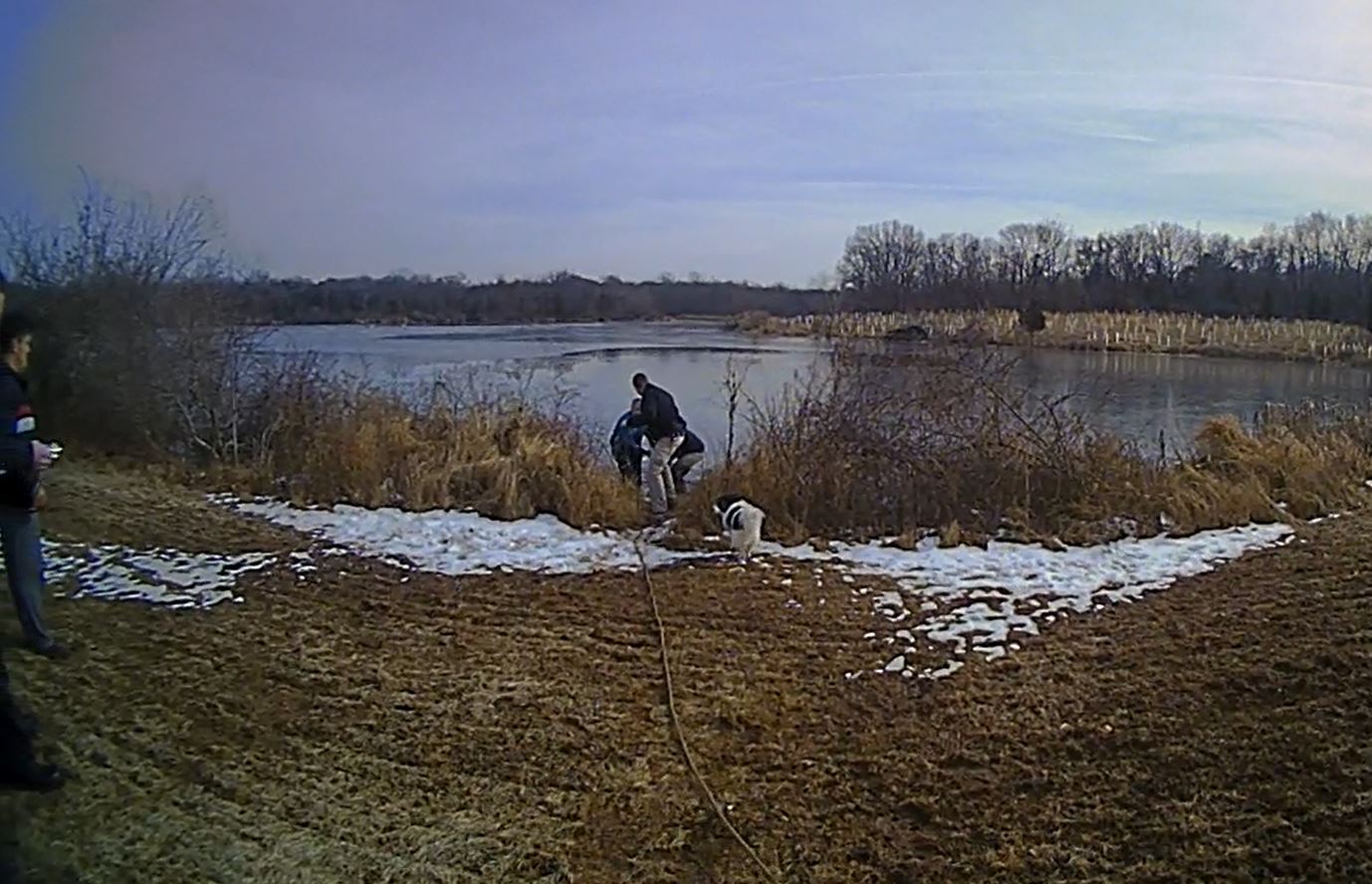 Officers responded after several people called about a woman in water up to her neck. When authorities arrived, the woman was 25 yards out from shore and flailing her arms to stay above water.

The video cuts off once the woman is on shore. She was treated for potential hypothermia and then taken to a local hospital. She is currently in stable condition.