CAMDEN, N.J. (CBS) -- A Philadelphia Eagles player came back to his New Jersey hometown to inspire a generation of football players. Linebacker Haason Reddick teamed up with Camden County commissioners to host a youth football camp.

And they got a chance to play on the city's new  state of the art athletic fields. 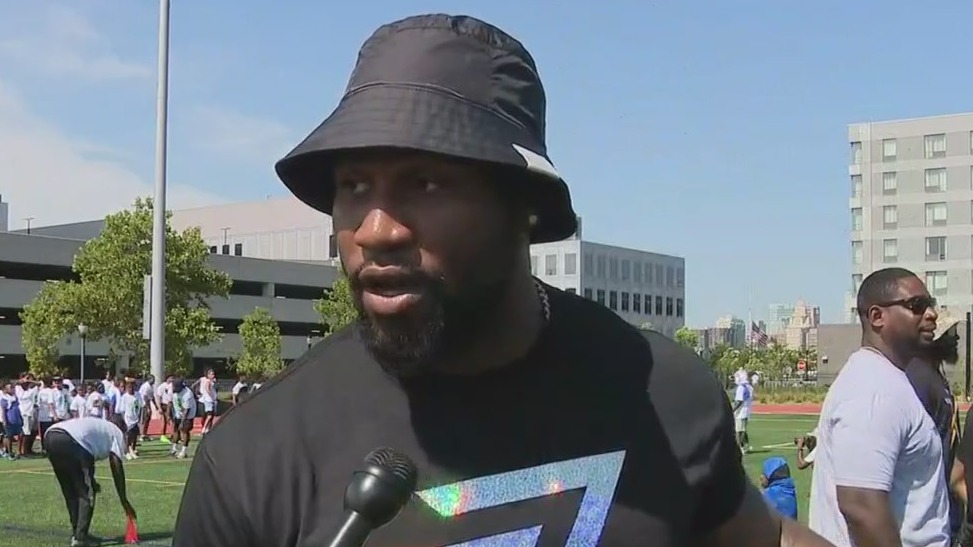 Reddick, a Temple product, was signed to a three-year deal with the Eagles just a few months ago.

The camp was scheduled for Saturday, but was moved because of rain.