And so, after 16 weeks, after two roadblock games, after routs and upsets, the original cast of 21,500 hopefuls in my SportsRadio 94-WIP "Last Fan Standing Pool" is down to -- for the third week in a row -- seven people!

Amazing. Well done by them. Pat yourselves on the back.

Of course, I can't have seven winners in the contest. I can only have one.

So, strap it up for one more week. Find one more winner.

Oh, and by the way, here's the tie-breaker, if needed: Everyone picking for the final week, please also fill out the part that asks you to pick the final score of the Eagles-Cowboys Week 17 game.

If more than one person runs the table the winner is the person who picks closest to the exact final score.

And, just in case, here's the tie-breaker on the tie-breaker: The winner, in that case, is the person who's predicted point total for the Eagles is closest to where that ends up.

The actual final score comes in as Eagles 21-14. Both of you are, in fact, six points off the exact score. But since your Eagles total comes closer to their final number, you would win.

Anyway, good luck to all. Someone's going to proudly wear that 3.5-carat championship ring created by Marks Jewelers. Why go anywhere else? 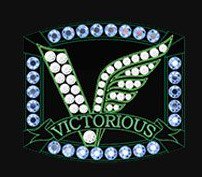