PHILADELPHIA (CBS) — There is a new rainbow in Philadelphia that is sure to hang around, rain or shine. Crews spent all night Tuesday painting the rainbow crosswalks at 13th and Locust Streets.

The Streets Department tells CBS3 that this work is being done by PATCO. The agency agreed to refresh the crosswalks as part of a project to install ADA-compliant elevators at its facilities. 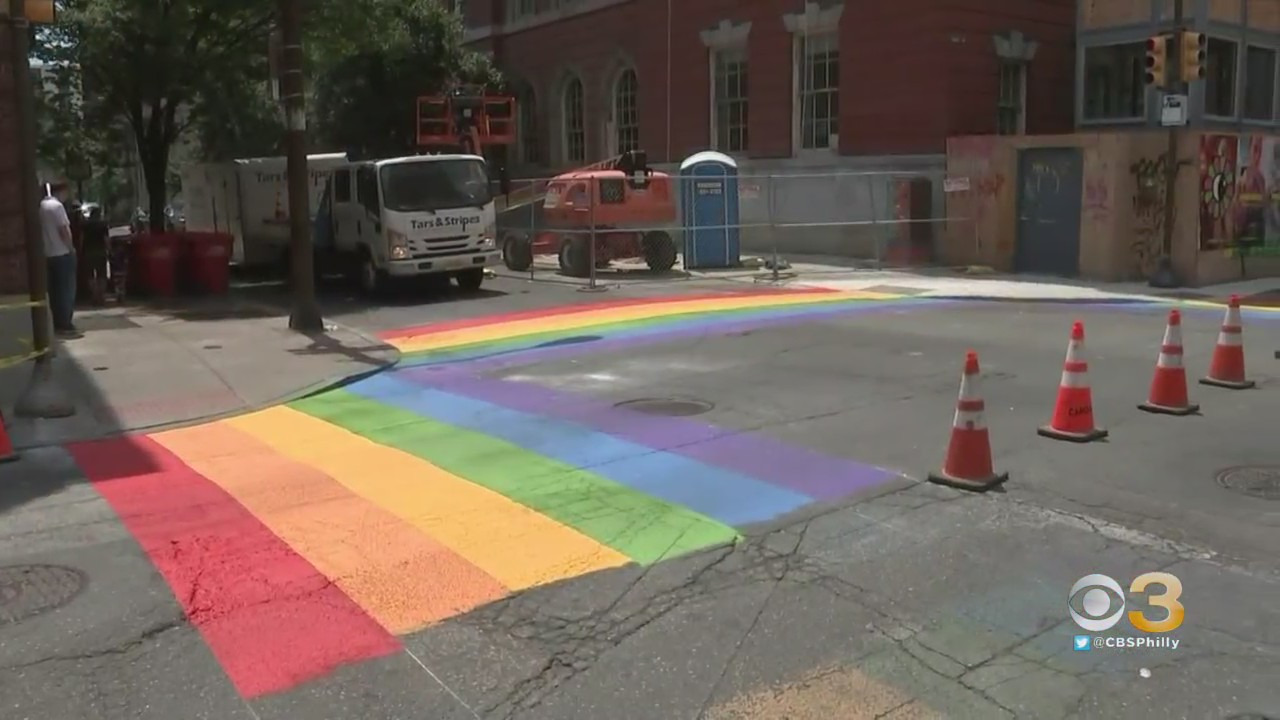 The intersection is part of the Center City district called the Gayborhood.

The crosswalks represent the rainbow flag, which has become a symbol for LGBTQ people.

An official dedication will take place on July 5, which marks the 50th anniversary of the nation's first LGBTQ rights demonstration.