PHILADELPHIA (CBS) -- The City of Philadelphia is honoring a hero who gave the ultimate sacrifice. First responders, family and friends gathered Monday morning to pay their respects to Philadelphia firefighter Lt. Sean Williamson.

Williamson was killed in the line of duty on June 18 after rushing to put out a fire at a pizza shop in the city's Fairhill section. The burned building collapsed on top of him about an hour later.

The funeral mass was at Epiphany of Our Lord Church in South Philadelphia. Firefighters from as far away as France and Montreal, Canada are paying their respects and honoring the ultimate sacrifice of Williamson.

It was a somber procession Monday for fallen Philadelphia firefighter Lt. Sean Williamson, a moving tribute bidding farewell to a local hero.

Neighbors watched from a stoop at 11th and Jackson Streets in South Philadelphia. The series of sad, heartrending moments as the flag-covered casket of Lt. Williamson left Epiphany of Our Lord Church, the piercing sounds of pomp and circumstance.

"When you go to these kinds of things, you leave feeling empty," Yeager said. "Puts a hole in your heart that's never going to get filled. The whole fire service feels it."

Williamson's death shook the city and renewed the painful reminder of the dangers of the job.

The seriousness of the loss can be summed up by the number of people who paused Monday to be at Epiphany of Our Lord parish at 11th and Jackson Streets in South Philadelphia.

Father Casey shared some extremely powerful words on why there are firefighters.

"God said, I need someone to breathe for a person on the way to the hospital and watch them die and then dry their eyes and then focus on the next life that needs to be saved, so God made a firefighter. God said I need someone who can witness tragedy every day without losing their own humanity, someone who can be the first one there at a bus accident, school shooting, or an airplane crash," Casey said. "Be a rock for others and to go wherever they are needed, to finish 72-hour work weeks in three days and will put in another God knows how many other hours until the flames are no longer threatening life or property. So God made a firefighter." 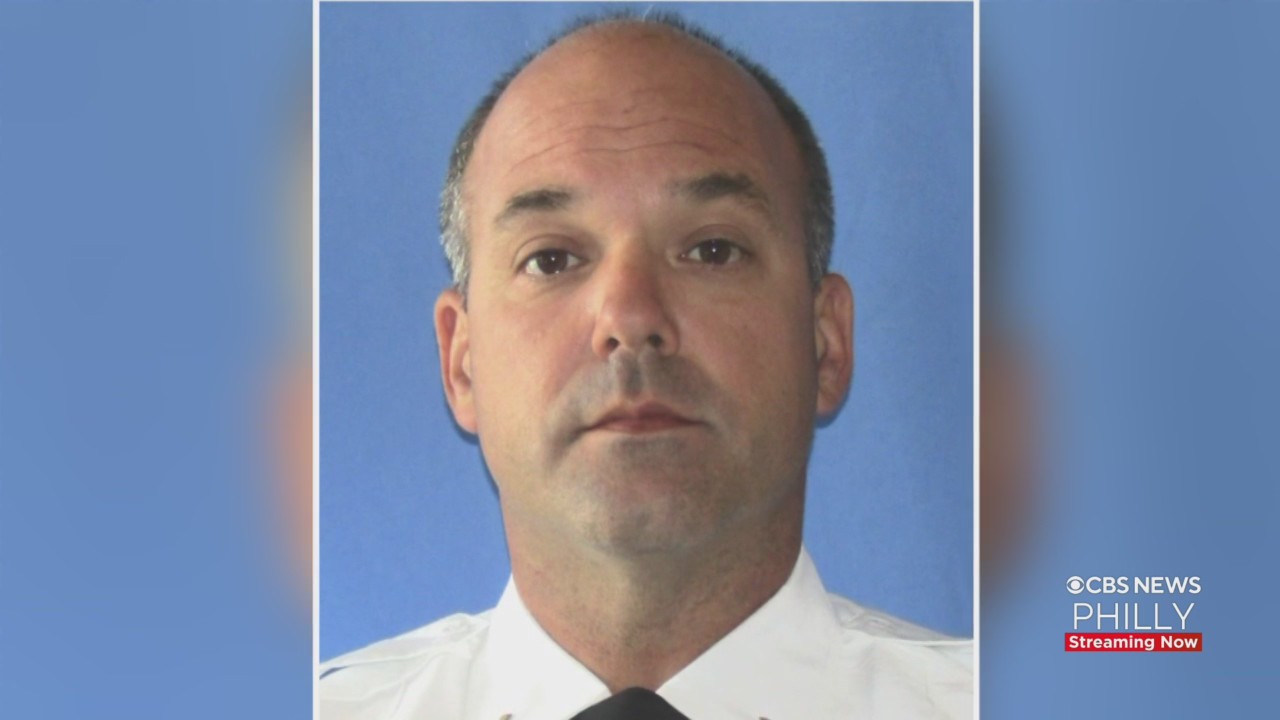 Williamson served the city as a firefighter for 27 years. He was also a U.S. Marine and a family man, survived by his mother and son.

He was eulogized as a man who died as he lived, with honor.

"Sean was a force for good and he dedicated his entire life to serving others," Fire Commissioner Adam Thiel said.

A motorcade was held following the funeral.

A viewing for Williamson was held in South Philadelphia on Sunday night. Hundreds gathered to pay their respects and salute their fallen firefighter for the final time.

Many in attendance at the viewing on Sunday did not hesitate to call him a hero, including this family friend.

"When you go in to do the work that these men are doing and these women are doing, you just never know when that telephone or that doorbell is going to ring, and that's sad," family friend Giovanna Cavaliere said. "But they give their life and they're all for us. So the least we can do is respect them and give them our all, in prayer and respect."

The walking procession was also held Monday morning. Dignitaries carried the casket from 10th Street and Snyder Avenue to the Epiphany of Our Lord Church in South Philadelphia.