PHILADELPHIA (CBS) -- Frustration is building in Philadelphia over mounds of snow still piled up near crosswalks.

Days after the city was hit with a late blast of winter, a mound of snow was left blocking a lane of traffic on Market Street in Old City. 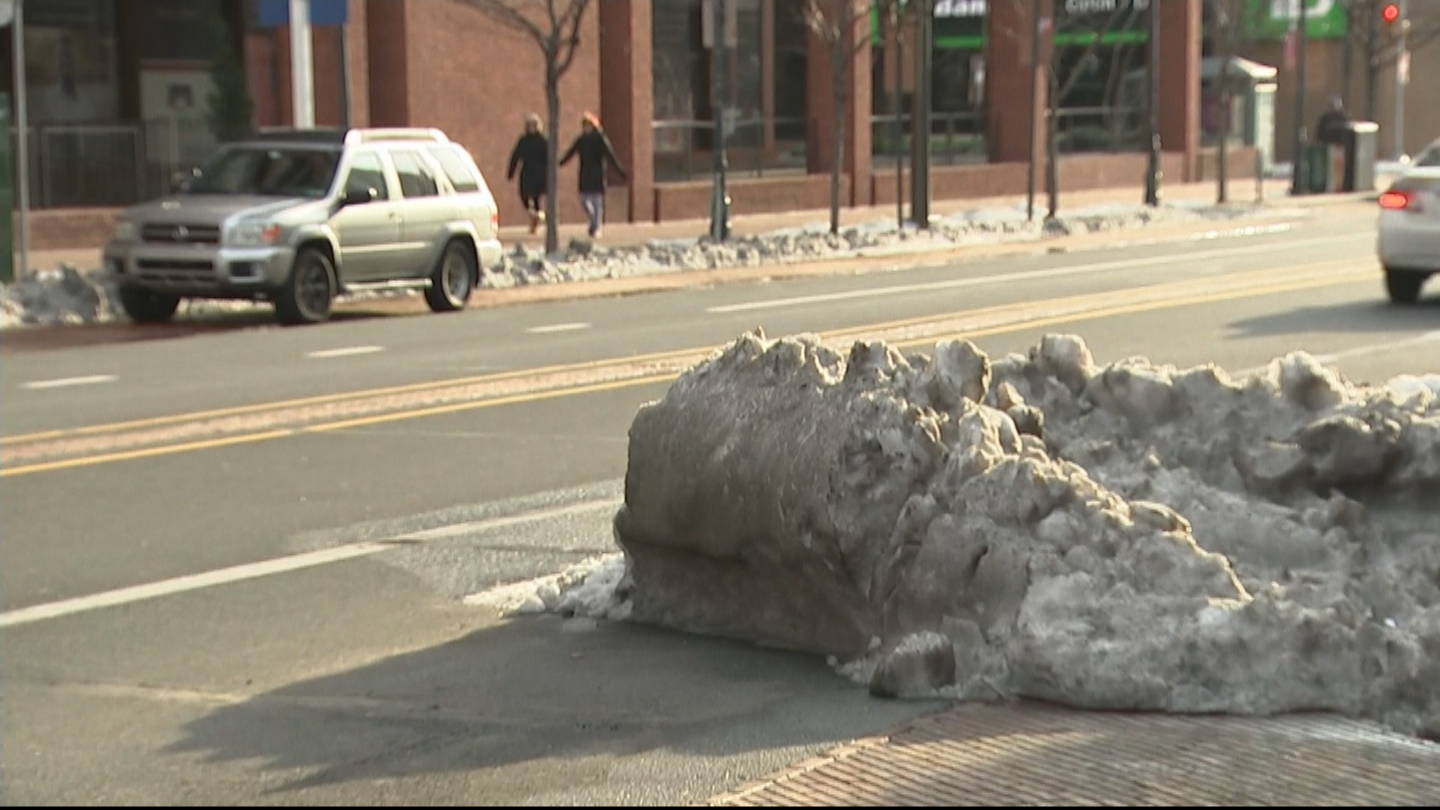 A city spokesperson said that workers did meet the most urgent goal of making roads passable.

Thirty trucks made their rounds Saturday to clear more snow and ice from curbs and to salt the roadways, but many people were still left maneuvering around the mounds.

"I'd like to cordially invite Mayor Kenney to come out and try and cross the street at any one of these intersections," said Pam Covey of South Philadelphia.

"A lot of people are walking around and they still got a lot of snow out here," said Barbara Bethea in Center City. "It's kind of dangerous especially for the senior citizens."

Anyone with a request for snow removal is asked to call 311.