PHILADELPHIA (CBS) -- A statue that sits across the street from Philadelphia's City Hall is drawing new scrutiny.

Some critics are calling for the removal of a monument that honors Frank Rizzo, the city's former mayor and police commissioner.

The statue was dedicated in 1998 and rumblings to remove it date back to at least a year ago.

Late Tuesday night, a large sign was taped onto the front of the statue saying, "Shame on President Trump". CBS3 has also learned that two eggs were also thrown at the Rizzo statue.

Another Bill Cosby Lawyer Seeks To Step Down From Defense Team

People who want to see it come down allege Rizzo treated the African-American community unfairly, even brutally, at times.

It's now been taken to a new level when Councilwoman Helen Gym tweeted the statue needs to come down.

"All around the county, we're fighting to remove the monuments to slavery & racism.  Philly, we have work to do. Take the Rizzo statue down," she tweeted.

Gym says the prominent placement of the larger-than-life statue is a problem.

"Being in the center of our city, as you can see, it's a direct scene right from our office," said Gym. "It's a question about what are we uplifting."

Gym's tweet comes in the wake of what's happening in Charlottesville, Virginia. The recent white power and hate group protests, and counter protests, have been centered around that city's decision to remove a statue of Confederate Gen. Robert E. Lee.

"I never remember my dad being anything but a fair person. If you broke the law, no matter what color you were, he made sure Philadelphia was protected," said the former Philadelphia city councilman. "And I would hope the decision makers realize Frank Rizzo should not be in the same conversation as a Confederate general."

Gym says she's not comparing Rizzo directly to a Confederate general. She just feels it's time to account for all history, including recent history.

"It's about healing our own sins, about confronting our own past and moving forward," she said. "Memorials are not just about the past, they're about who we choose to honor today."

Gym does believe she'll get enough support to begin the conversation and get this statue removed over time.

Council member Gym (G-him) does believe she'll get enough support to begin the conversation and get this statue removed over time.

After the statue was vandalized Tuesday, officials have surrounded it with fences. 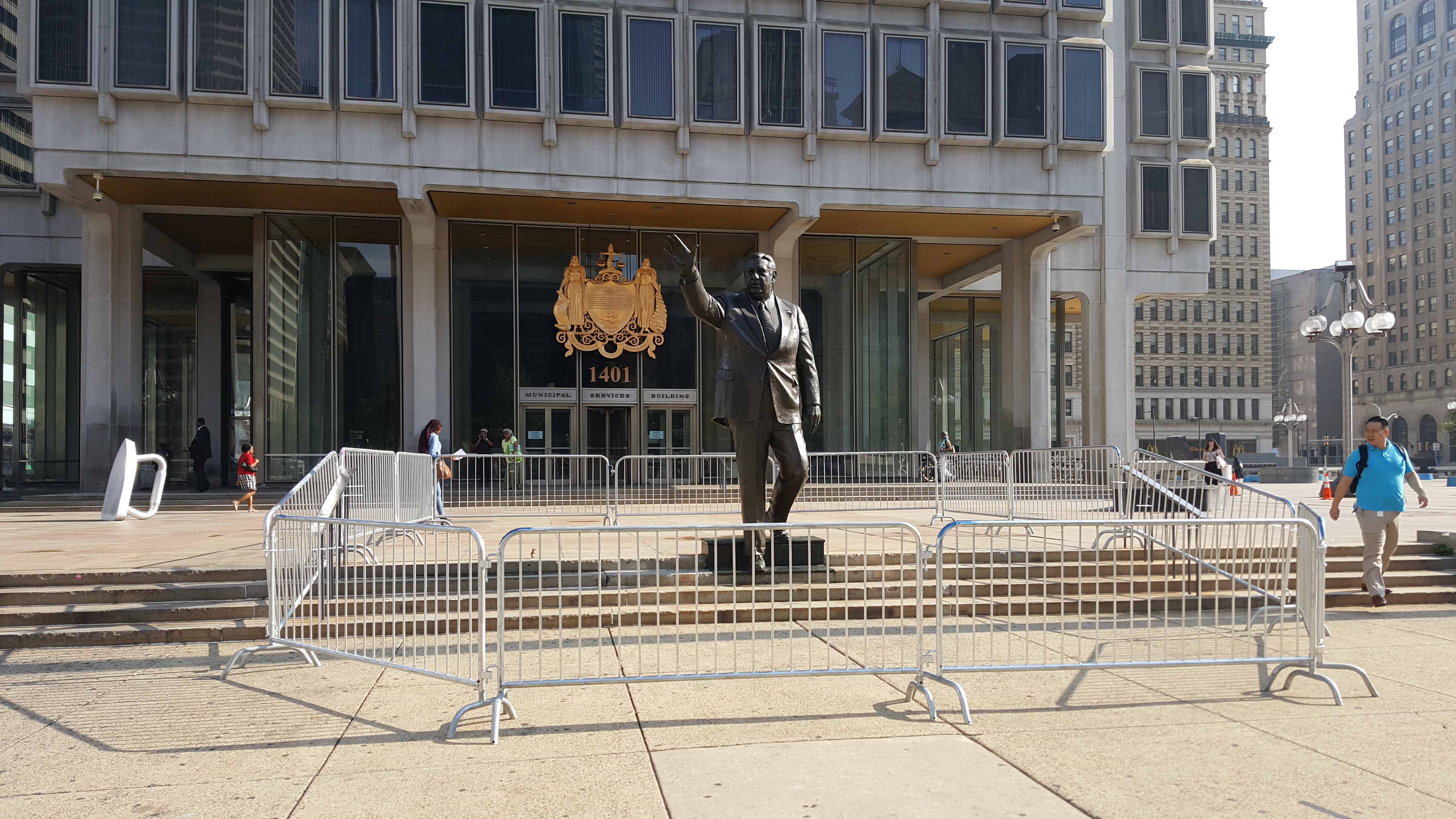