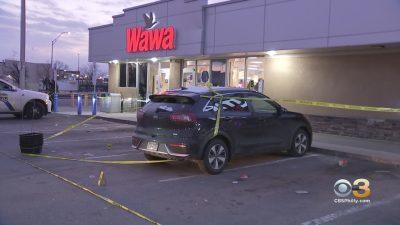 PHILADELPHIA (CBS) -- The family of a man stabbed to death in a Wawa parking lot is now suing the convenience store. Authorities say Walter Robbins stabbed Roger Segal while he was sitting in his car at the Columbus Boulevard store on Valentine's Day.

The lawsuit claims that no security guard, Wawa employee or other individual attempted to jump in when Segal was stabbed.

It also alleges no one attempted to render aid even after the stabbing.

In a statement, Wawa says they are deeply saddened by this tragic event and they are unable to comment further because of the litigation.