PHILADELPHIA (CBS) - A man from Philadelphia is going viral for using his military experience to trap an alligator in Florida! Video from Instagram shows Eugene Bozzi grabbing his trash can after a gator showed up outside his neighbor's front door in Orange County.

"Somebody got to step up and do something, we all got to look out for each other, right?" Bozzi said. "I was afraid when I had it in it. It was so powerful and I didn't expect that, pushing itself out." 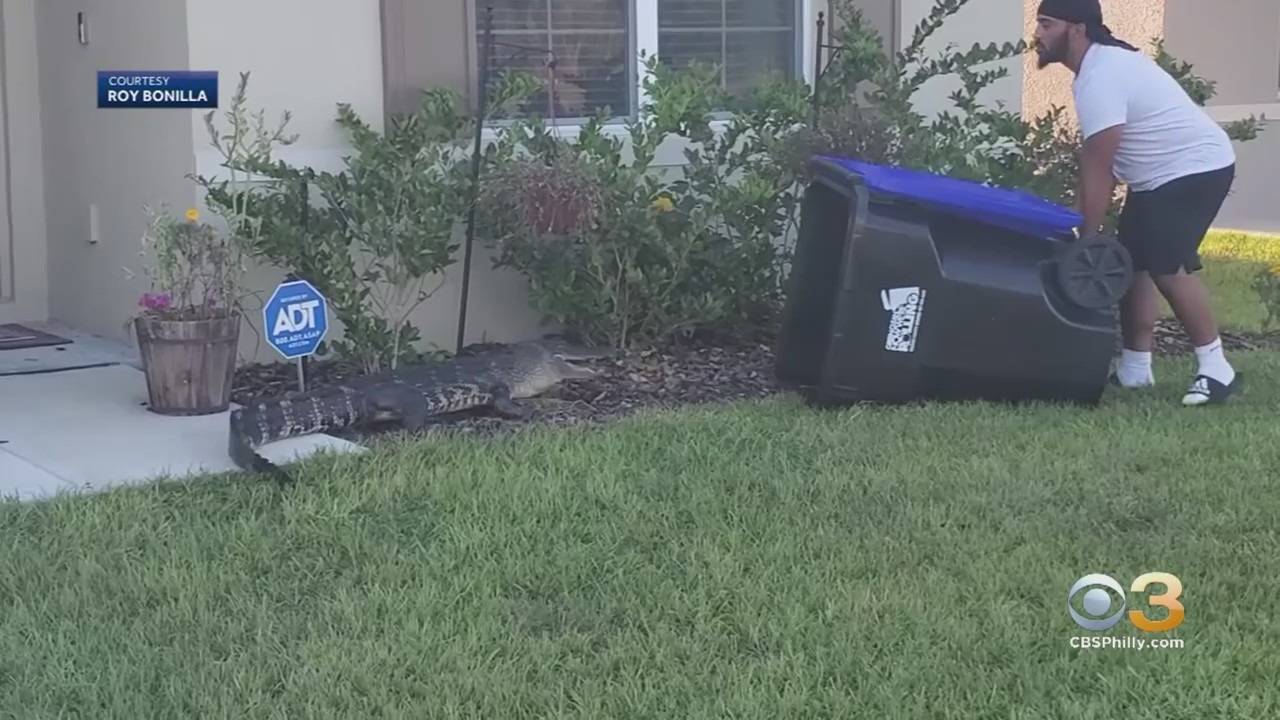 After the gator was in the trash can, Bozzi maneuvered it toward a retention pond, pushing it over and high-tailing it up the hill.

"Army training kicked in. Just get it done, drop him there and keep it moving," Bozzi said.

The video even caught the attention of CBS The Late Late Show host James Corden.

"Absolutely incredible! Very responsible, as well. Remember, always recycle your alligators," Corden joked. "There's a point where the alligator was right in there and struggling to get out, felt like 25 people filming that and not one of them like, 'should we help him?'"

Bozzi only moved to Florida about a year ago.

He admits catching a gator in a trash can may not be the way it's supposed to be done.

But he's from Philly, so he did it his way!