PHILADELPHIA (CBS) - A driver was killed in a fiery accident after slamming into a tree in Philadelphia's Fairmount Park section. Chopper 3 was over the scene of the crash at 3900 Chamounix Drive, just before 11 a.m. Friday. 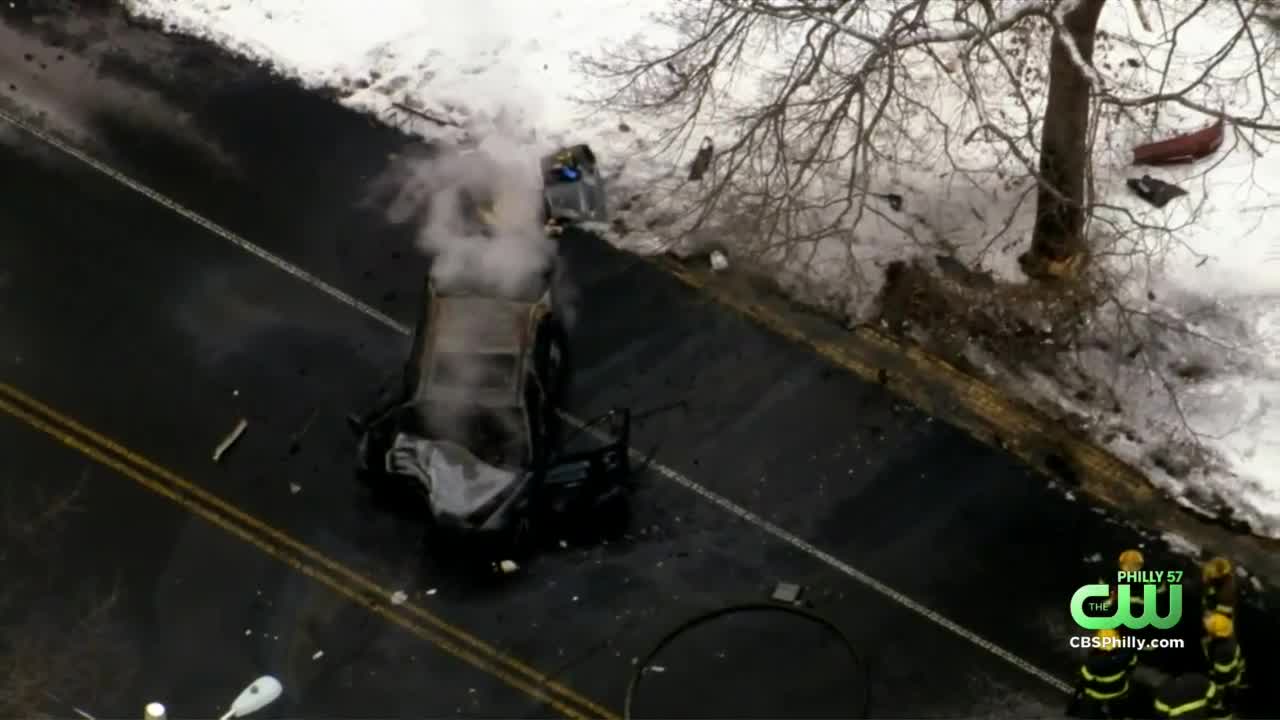 Police say the driver of a red Toyota Avalon hit a tree before the vehicle went up in flames.

The man was taken to Presbyterian Hospital, where he was pronounced dead.

There's no word yet on what caused the crash.