PHILADELPHIA (CBS) -- Protesters are marching through Center City on Wednesday night. Protesters are rallying to make sure every vote counts from the election and people protesting the fatal police shooting of Walter Wallace Jr. are also there.

The two groups were holding separate rallies at the start, but they have merged.

The Philadelphia Police Department has released body camera footage of the shooting. Eyewitness News is reviewing the footage before releasing.

The shooting happened in West Philadelphia on Oct. 26. 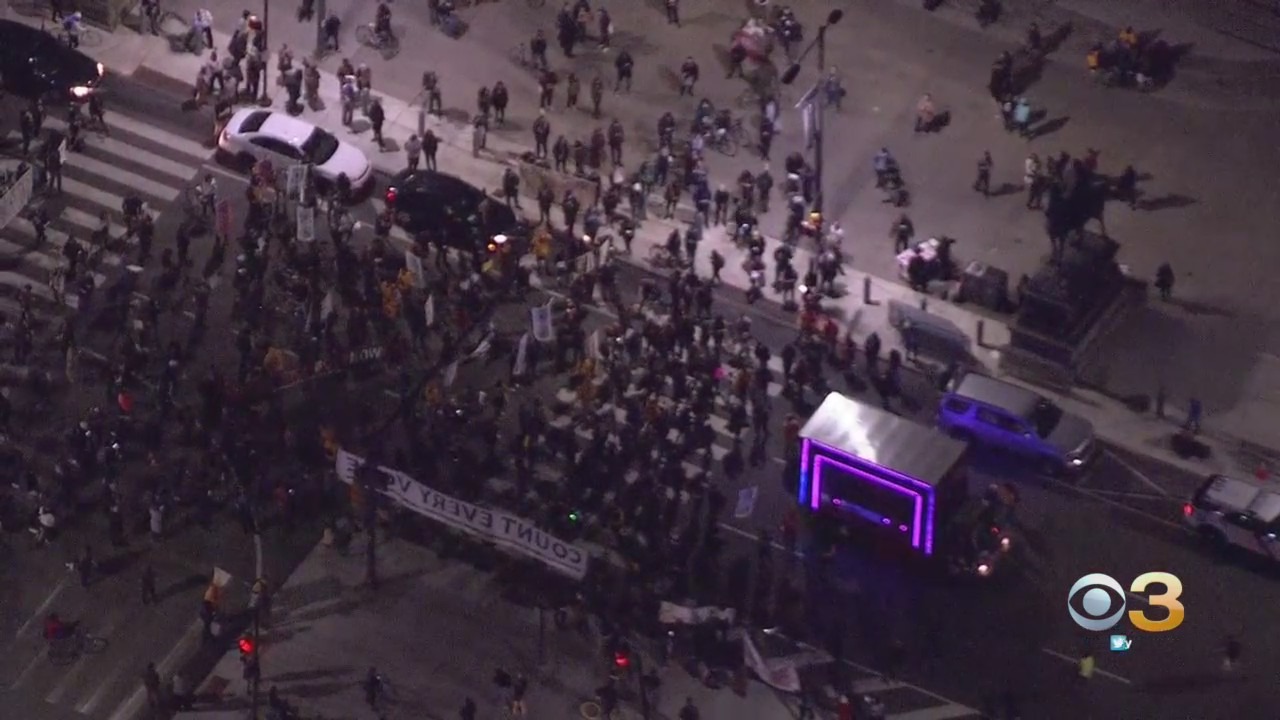 Officials say Wallace had a knife when they arrived on scene.

But family members say Wallace was going through a mental health crisis and the shooting was unjustified.

During a Wednesday afternoon press conference, Mayor Jim Kenney acknowledged the bodycam footage will be painful to watch but he urged protesters not to riot and loot.

He again promised a speedy and transparent investigation.

Activists also protested in Philadelphia, calling on officials to count every from the presidential election. Protesters marched outside Philadelphia City Hall as Pennsylvania and other battleground states were hit with a flurry of legal challenges. 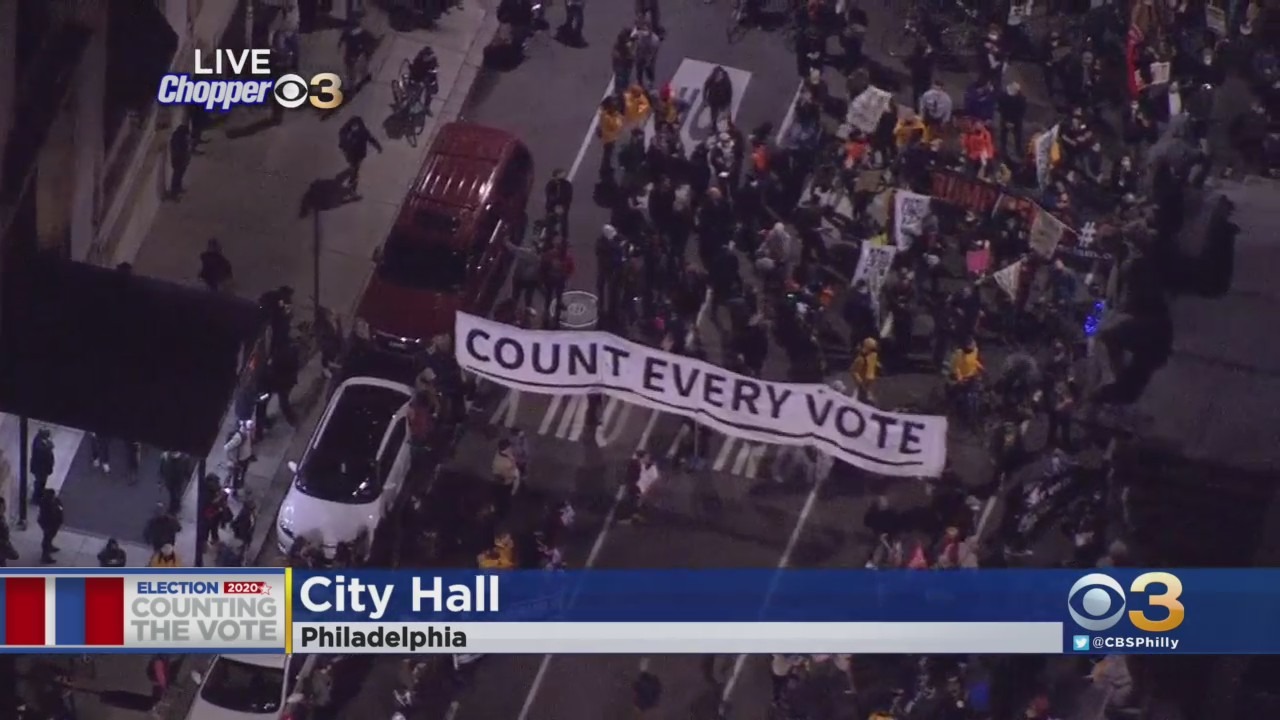 Chopper 3 was over the rally Wednesday night, which featured a huge banner that read "count every vote."