"I actually didn't find out about winning until I walked out the doors to see a large group of my colleagues," Conaway said.

Conaway was awarded the NHL's Most Valuable Teacher for the month of March. 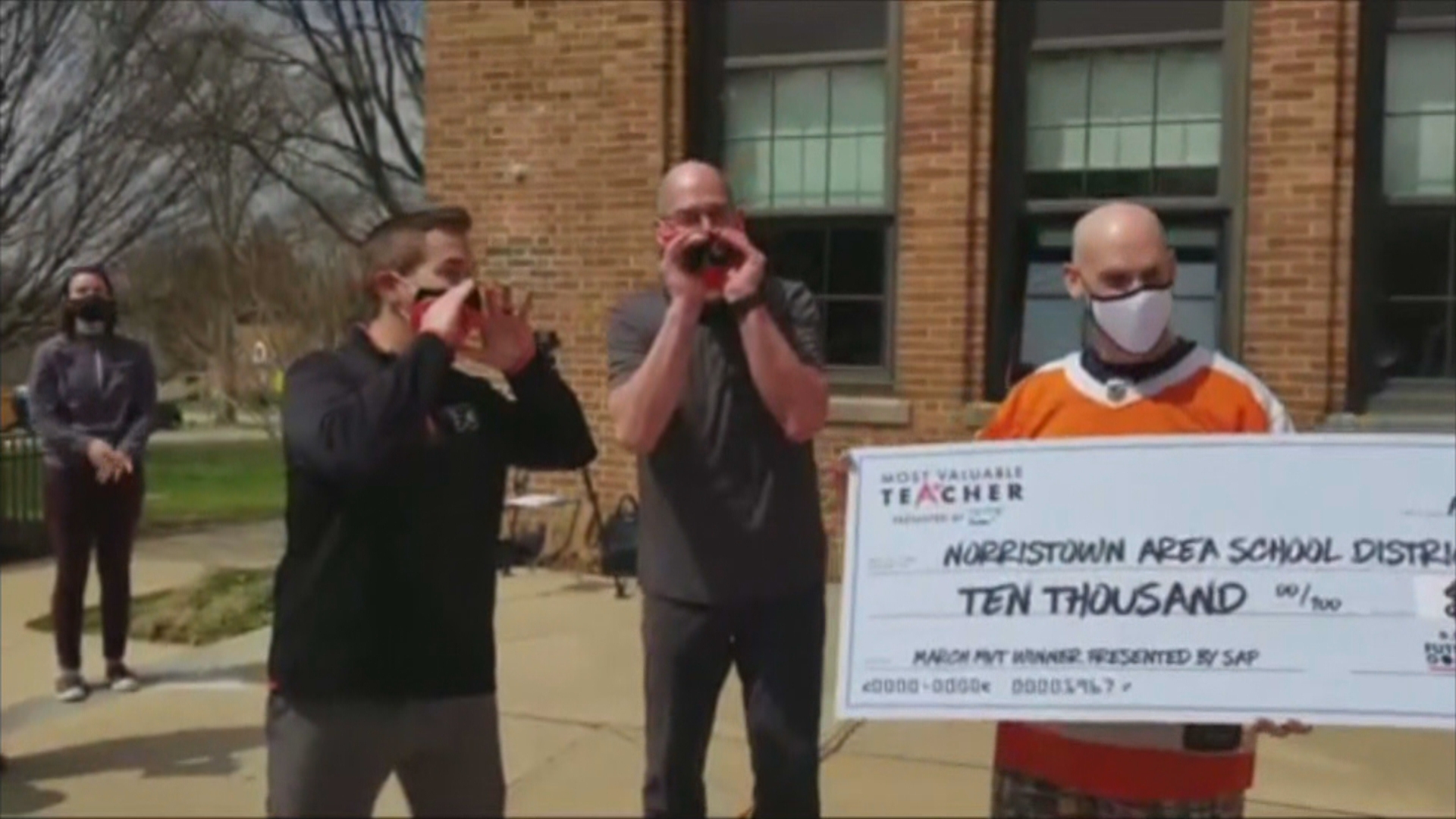 "He embraces the program, and he has from the very start and brings hockey into the classroom," Rob Baer said. "He's a huge hockey fan and a huge Carter Hart fan."

A ceremony outside Eisenhower Middle School included a grant for $10,000 and a message from his favorite netminder.

"Just wanted to be the first to congratulate you on winning the NHL Teacher of the Month," Hart said.

"For me as a fan, it made me feel like a 10-year-old kid getting a message from a player," Conaway said.

Conaway says the money will help fund a new STEM lab. It'll create new, innovative ways to teach the near 900-student population. Plans include separate spaces for classroom lectures and practical applications in the school's library.

"The 10,000, we are able to get is going to change the trajectory of our students and what we can provide to them, introducing new tech into our building," Conaway said.

Conaway is now up for the NHL's Teacher of the Year. Voting for that begins in May.