PHILADELPHIA (CBS) -- Officials have arrested a woman in connection to the murder of 21-year-old Dianna Brice. Philadelphia Police say Tylydiah Garnett was arrested by the Homicide Fugitive Unit with the assistance of the FBI Gun Violence Task Force on Saturday, April 10 for her involvement in the murder of Dianna Brice. 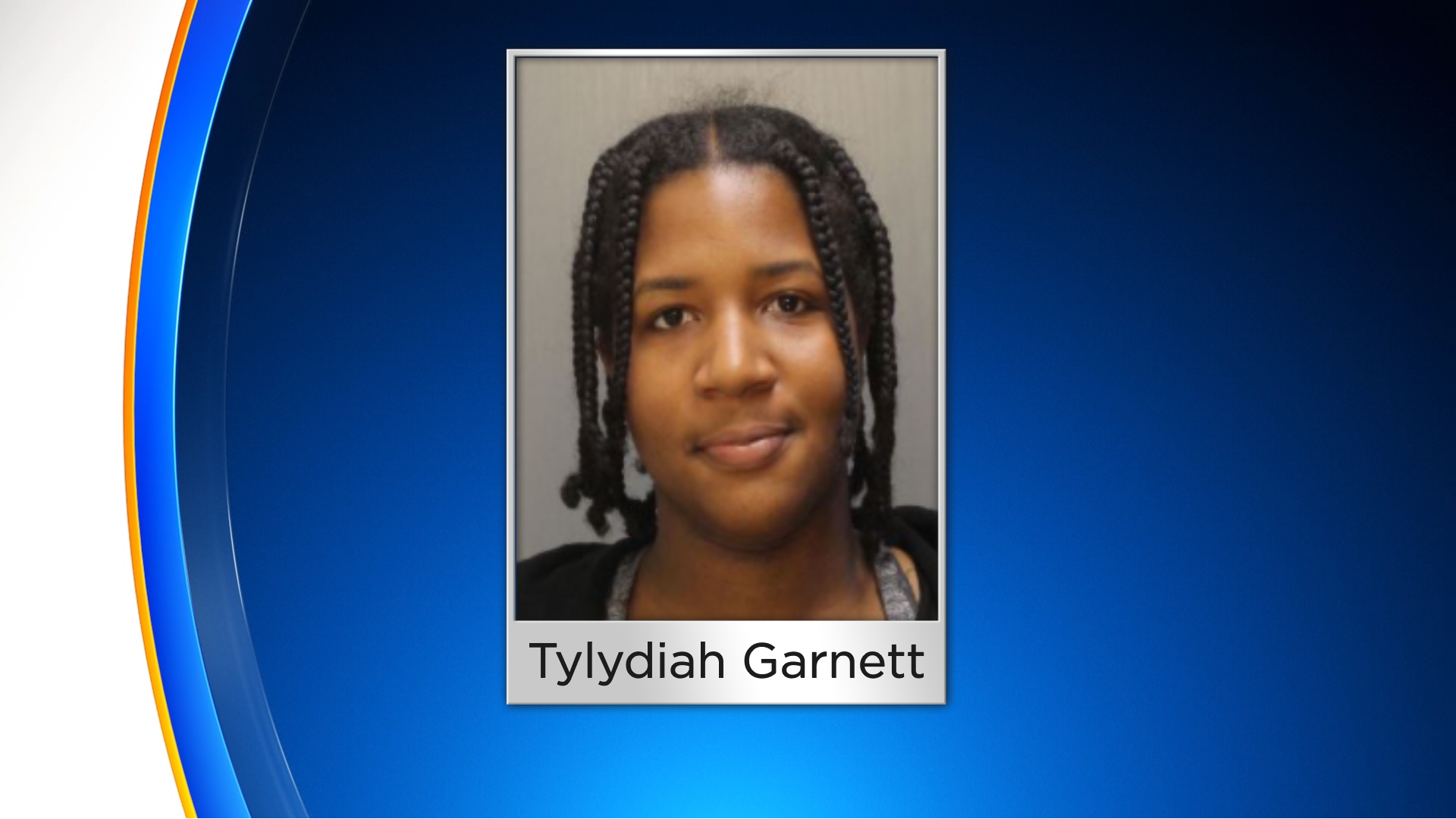 Garnett's charges include arson, criminal conspiracy, use of communication facility, abuse of a corpse and other related offenses.

Police sources tell CBS3 Garnett was taken into custody on the 1200 block of New Kirk Street. Officers say she is seen on video helping dispose of the body of Dianna Brice.

Justin Smith is still on the run according to police.

Brice's body was found in a wooded lot in Southwest Philadelphia on April 5, nearly a week after she disappeared. Brice was four-and-a-half months pregnant.

An autopsy performed last week determined Brice's cause of death was multiple gunshot wounds to the head.

The timeline of events shows that on March 30, around 11:30 a.m., Justin Smith, Brice's boyfriend, picked her up from K Laundry in Lansdowne. Before she was picked up, her mother noticed she was visibly upset but wouldn't say why.

By 1:30 p.m. the victim's mom calls to say the laundry is done and it's time to head home. Brice says she never made it to the pharmacy to pick up her prescription but would meet at home.

That was the last time Brice was in contact with anyone. Frantic to get in touch, Betty Cellini, Brice's mother, calls Smith. He claims they got into an argument and Brice left.

A threat to file a police report angers Smith and his phone then goes unanswered.

By 5:30 p.m. Smith's car is spotted abandoned and on fire at 59th and Florence Streets in Southwest Philadelphia.

A little over a mile from where Brice's body was found a week later.

"It's just tragic. It speaks to the senseless violence that occurs every day out there," Upper Darby Police Superintendent Timothy Bernhardt said. "And here's a mother of a 4-year-old child and was expecting her second child, she was four months pregnant, and that child will never see his mother again and her family will never see her daughter again. It's tragic."

A source tells Eyewitness News there may be a third person involved in the case.

Investigators are officially looking at two vehicles. Justin Smith's torched 2018 black Ford Fusion and now a rental car that investigators believe may have been involved in the dumping of Brice's body.

Smith remains a person of interest. Eyewitness News spoke with his father who says everyone's stomach is in knots. They have no idea what is going on.

The family has not heard from his son and right now, they are letting detectives do their work.

A GoFundMe page has been in an effort to cover Brice's funeral cost and to start a college fund for her son.

Eyewitness News has also learned Dianna's funeral will be held on Thursday afternoon at Donahue Funeral Home in Upper Darby. It will begin at 2 p.m.

A celebration of life will follow at Observational Hill Park at 6 p.m.