MEDIA, Pa. (CBS) -- A warning for employers -- skirting labor laws in Delaware County could be costly. This all falls under what's known as Act 72.

The law has been on the books for almost a decade but it is rarely used. In fact, prosecutors say it's really, to their knowledge, never been used before now.

Now they're going after those they accuse of gaming the workplace.

It's called workplace misclassification, and Delaware County prosecutors and the state Attorney General's Office accuse owners of a York County business with classifying several hourly wage employees as subcontractors — a move, lawyers say, cheats those employees out of protections, benefits and governments out of tax proceeds.

"Misclassification is the process and the practice by which unscrupulous contractors will try to game the labor market, essentially by taking some group of their own employees and designating them as independent contractors," Delaware County District Attorney Jack Stollsteimer said.

Defendant Armando Garcia Ramirez, his wife, daughter, and another employee were arrested Friday. Court papers show the family's company, G&R Drywall and Framing, was contracted to do work on a Broomall gym. 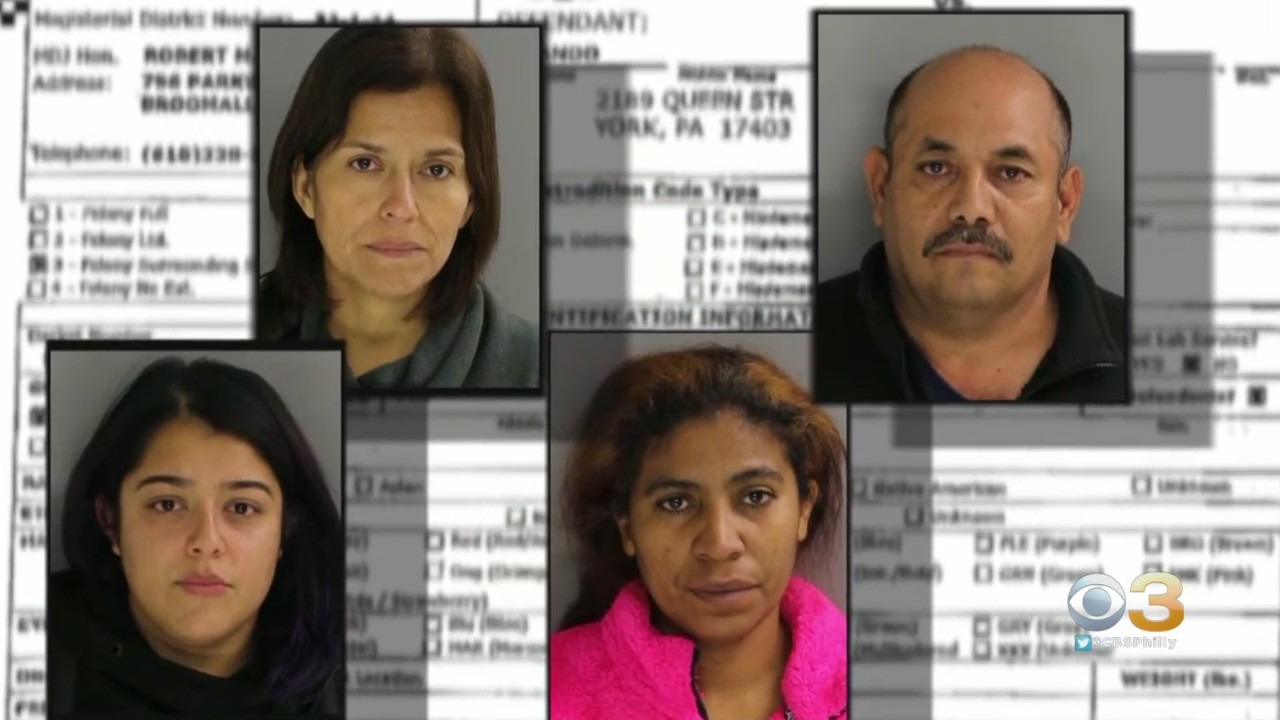 A complaint was made in September 2019, claiming the business was engaging in workplace misclassification.

"When you misclassify employees, let me be clear what you're doing: You are stealing," Pennsylvania Attorney General Josh Shapiro said.

The charge alone is a misdemeanor of the third degree, but Delaware County prosecutors lumped on felony counts of theft, and say, while the use of the law has proven to not always be a priority, the arrests send an important message.

"Construction sites are inherently dangerous places. These are why these protections exist in Pennsylvania law, we don't want workers hurt without recourse. When employers do this, when they misclassify them to steal that money from them, somebody has to stand up for them," Stollsteimer said.

The four defendants were arraigned and three were released on unsecured bond on Friday. Ramirez, the owner of the company, remains in custody on an ICE detainer, according to prosecutors.

CBS3's efforts to reach their legal counsel have been unsuccessful.