BRIDGETON, N.J. (CBS) - A massive house party in Cumberland County ended in gunfire overnight leaving at least two people dead and a dozen injured. New Jersey State Police say about 100 to 200 people scattered after shots were fired at a house party on East Commerce Street in Fairfield Township, at around 11:50 p.m. Saturday.

It was reportedly a 90s-themed birthday party.

Police say a 30-year-old man and a 25-year-old woman were killed in the shooting.

At least 12 others were injured. One of 12 victims sustained serious injuries and is in critical condition.

Family members and attendees say this 90s-themed birthday party for the nephew of the homeowner with over 100 people turned into a shooting gallery.

"It was carnage, everywhere," John Fuqua said. "They said the fire was coming from the woods, then when they went to run to their cars, they felt like it was coming that way. This was something set up like they trapped them in that yard."

Fuqua's nephew was at the party. 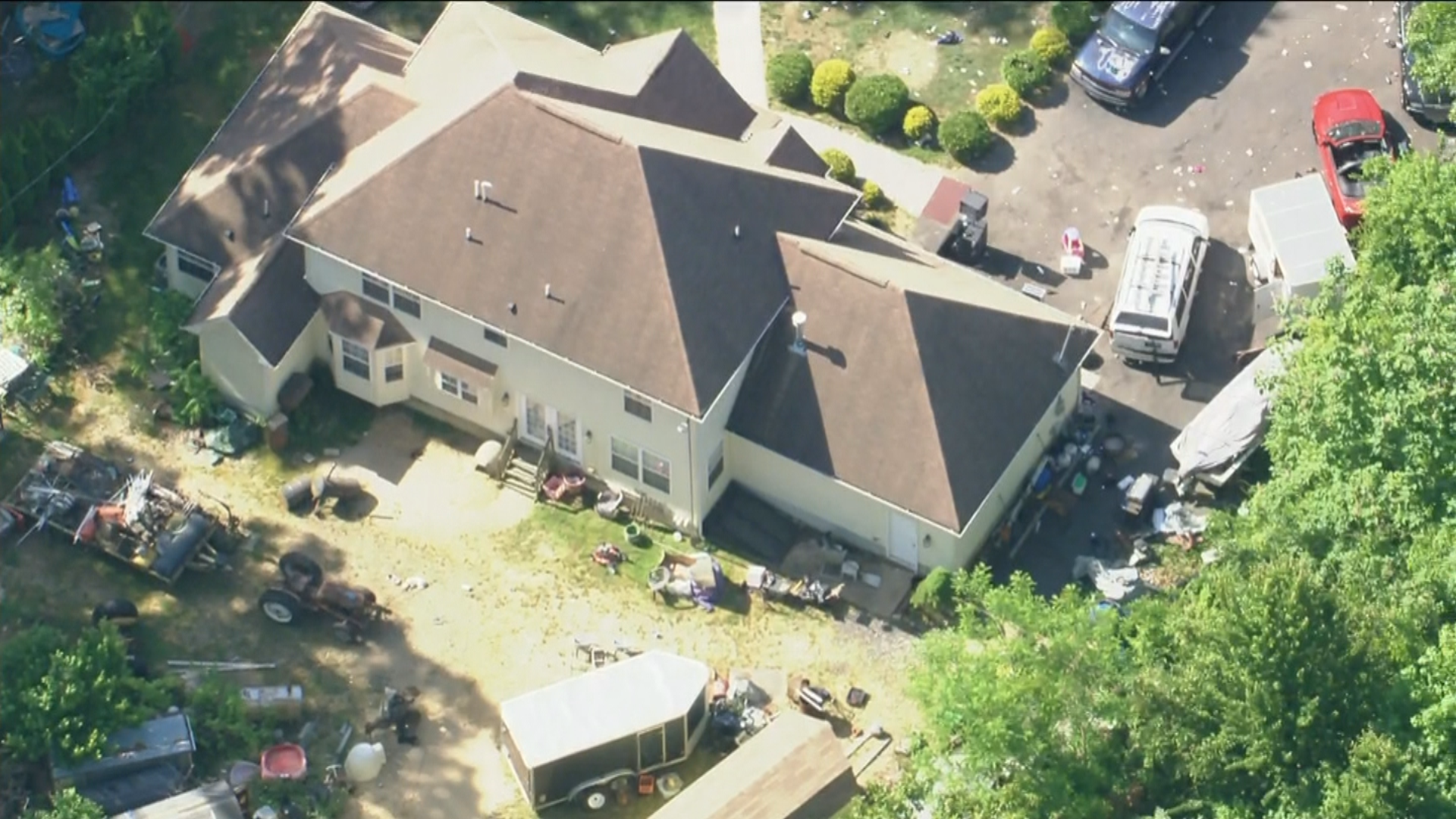 Eyewitness News spoke to a mother and her daughter who were at the party, but they did not want to go on camera. The mother said they heard at least 30 gunshots and when they tried to escape the home they had to step over people who had already been hit.

"Over the coming days we'll have a lot of pieces to put back together," Melissa Helmbrecht, with Hope Loft, said. "This isn't the first time we've had a lot of violence in our community."

Chopper 3 was over the scene Sunday morning where debris could be seen scattered around the property.

"I heard what I thought was fireworks. I said, 'all right good, they're going to end this party. I can get some rest.' But then I listened more. It was in rapid succession so I came outside and we just kind of watching the crowds. Just watching what they were doing and a lot of them were just hanging out so I thought the party was still going on," Reverend Michael Keene said.

Eyewitness News was near the scene Sunday morning where police were fixated on an SUV parked at a cemetery across the street from the house. The vehicle has since been towed from the scene. At this time, it's not clear if the vehicle had any involvement in the shooting.

The mayor of neighboring Bridgeton was on the scene Saturday night and said he's never seen a police response like that ever before in his time being mayor or living in Cumberland County. 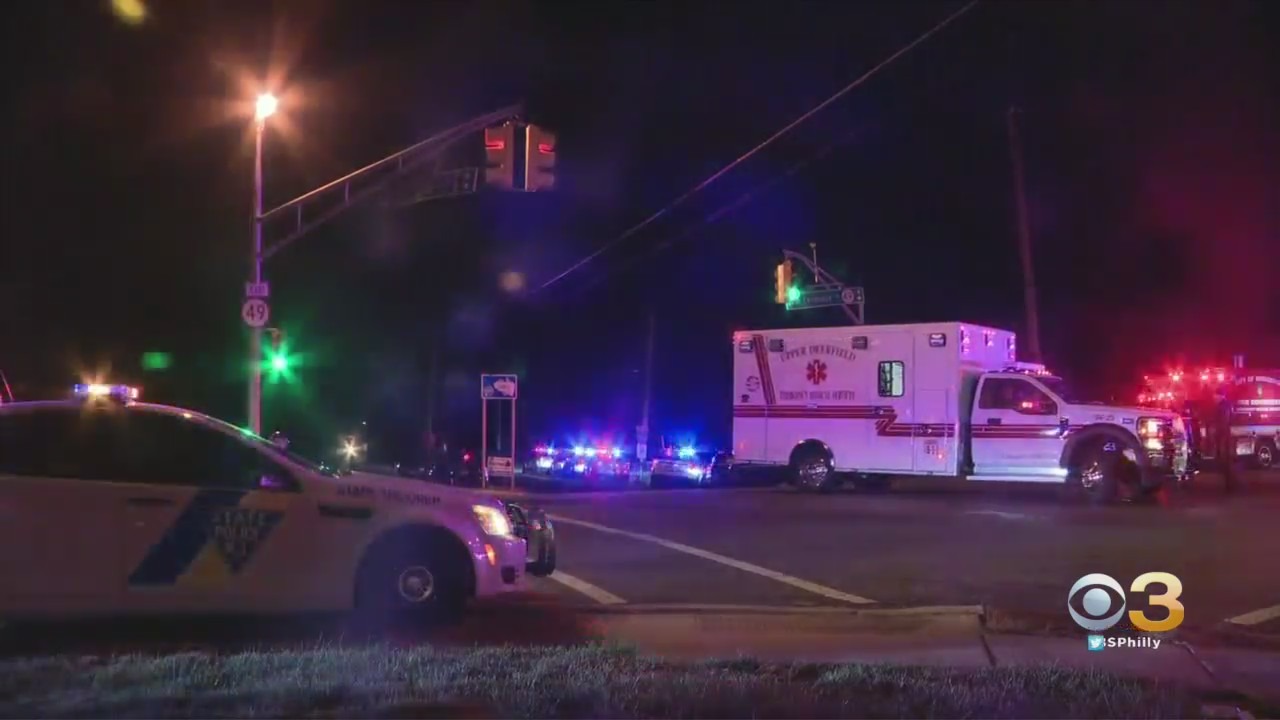 A woman who's a leader in the community says she came to the scene after hearing what happened. She says she's heartbroken for her community.

"This isn't the first time. Like we've had a lot of violence in our community. A lot of fighting, and we're working so hard. That's the saddest thing. We're making so much progress. We've been working so hard to get things turned around. And -- so this is definitely a setback," Founder and CEO of Hopeloft Melissa Helmbrecht said.

Meanwhile, Gov. Phil Murphy issued a statement Sunday morning and is urging anyone with information to step forward.

"Since late last night, the New Jersey State Police and county and local law enforcement in Cumberland County have been investigating the horrific mass shooting at a large house party in Fairfield Township that attracted hundreds of party-goers. At this time, at least two people have lost their lives, among numerous other shooting victims, including several with injuries that are life-threatening. We hold those who have died, and their families, in our prayers today, and we also pray for the recoveries of those injured. We are grateful for the swift response of law enforcement and stand with them as they continue their investigation. Let there be no mistake: This despicable and cowardly act of gun violence only steels our commitment to ensuring New Jersey leads the nation in passing and enforcing strong and commonsense gun safety laws. No community should ever experience what occurred last night in Fairfield. We urge anyone with information to step forward, so those responsible can be brought to justice. This remains an active investigation with many moving parts. More information will be released as it is available and confirmed."

Fuqau says it was like a scene from a third-world country.

"This isn't the best of what we are, this is an example of a black cloud over us right now by a handful of bad apples, but we have to change that," Fuqau said.

The number of shooters and a motive remain under investigation. No arrests have been made.

Gov. Phil Murphy and officials are expected to hold a press conference regarding this shooting on Monday morning.

Anyone with information is asked to contact the New Jersey State Police Bridgeton Station at 856-451-0101 or submit a tip via the Cumberland County Prosecutor's Office tip website at www.njccpo.org/tips. Anonymous tips are welcome.

Stay with CBSPhilly.com for updates on this developing story.

CBS3's Howard Monroe and Dan Koob contributed to this story.