PHILADELPHIA (CBS) -- Monique Irvis weaves through emotions of pain, sadness and anger while chatting on the stoop of her Southwest Philadelphia home.

Summer is almost here. That means another tough anniversary on the horizon.

"Those two times of the year are very, very hard," Irvis said.

The case has languished.

"I'm very angry, I've been trying to say I'm not angry. I don't know but it just angers me. It's been too long," Irvis said.

CBS3: What grade would you give the Philadelphia Police Department on their handling of this?

The case of Eric Woods, shot and killed after a neighborhood basketball game in Southwest Philly, is one of the city's many unsolved murders.

"The entire pandemic we've been maxed out," Heather Arias, with the Anti-Violence Partnership of Philadelphia agency, said.

Arias is troubled by numbers showing Philadelphia is struggling to solve its homicides. It's growing increasingly worse.

More and more data, uncovered by CBS News, shows the department over the last couple of years is solving only slightly more than a quarter of murders involving Black victims, compared with figures between 60% and 80% for White victims. 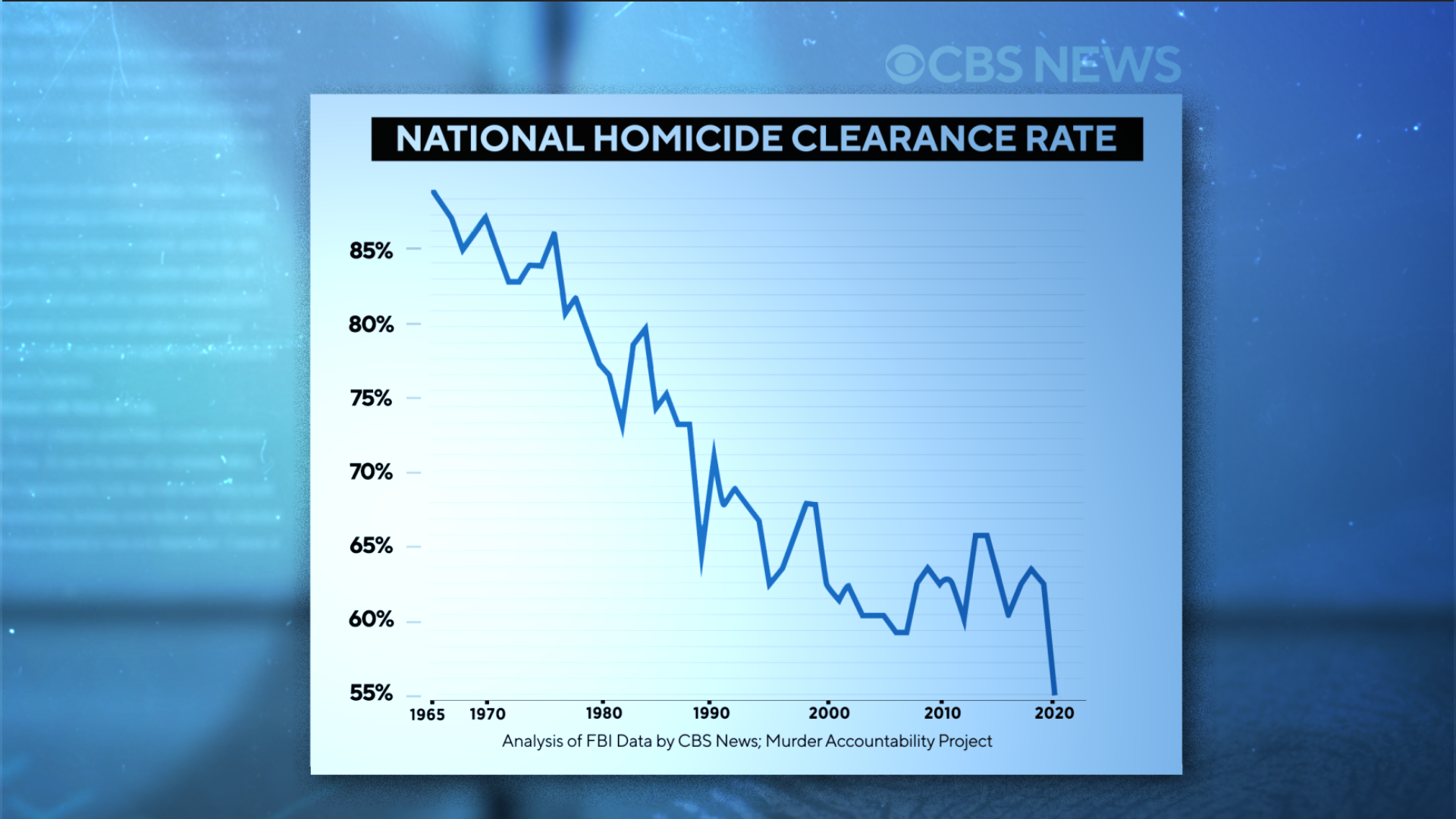 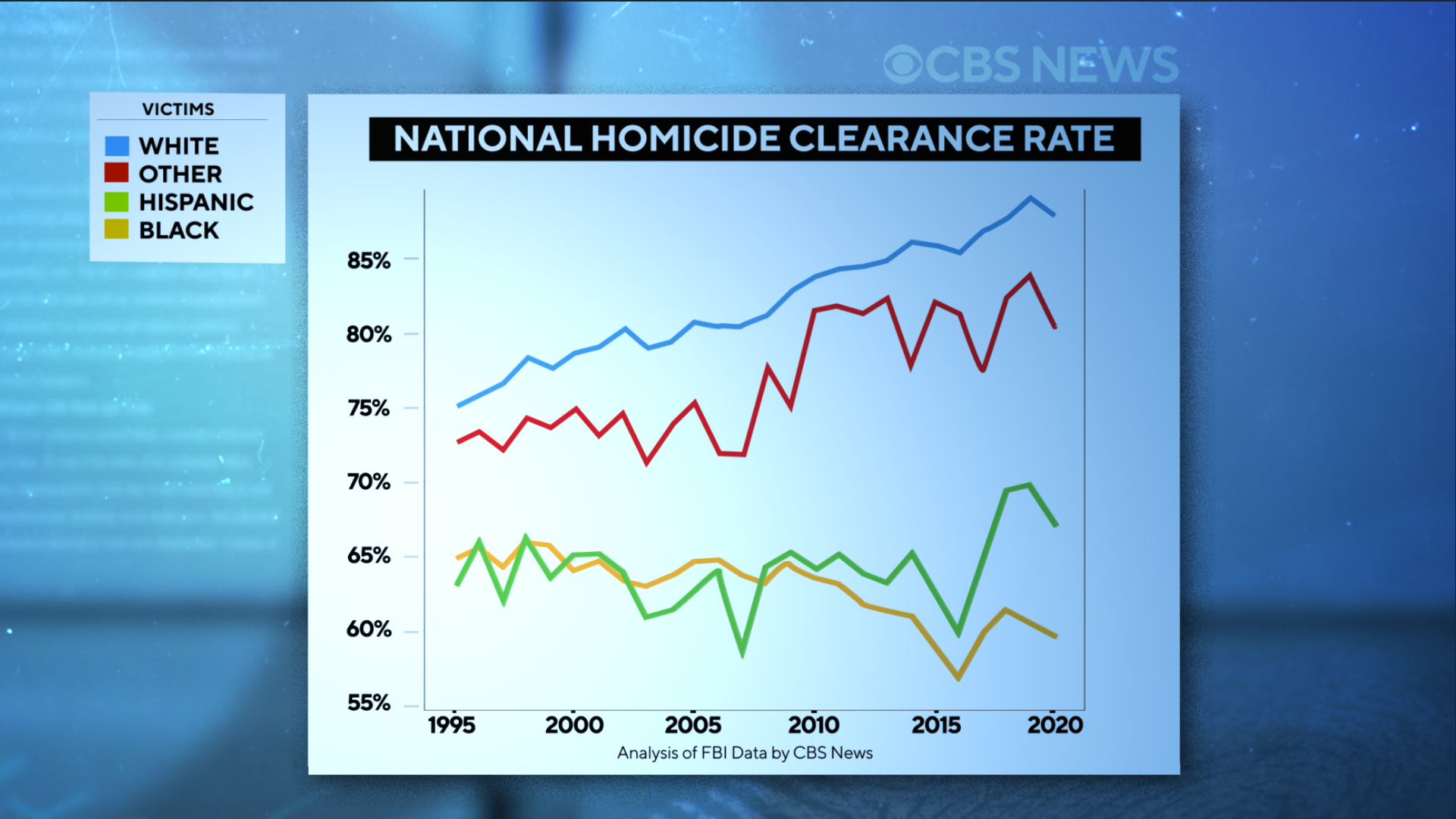 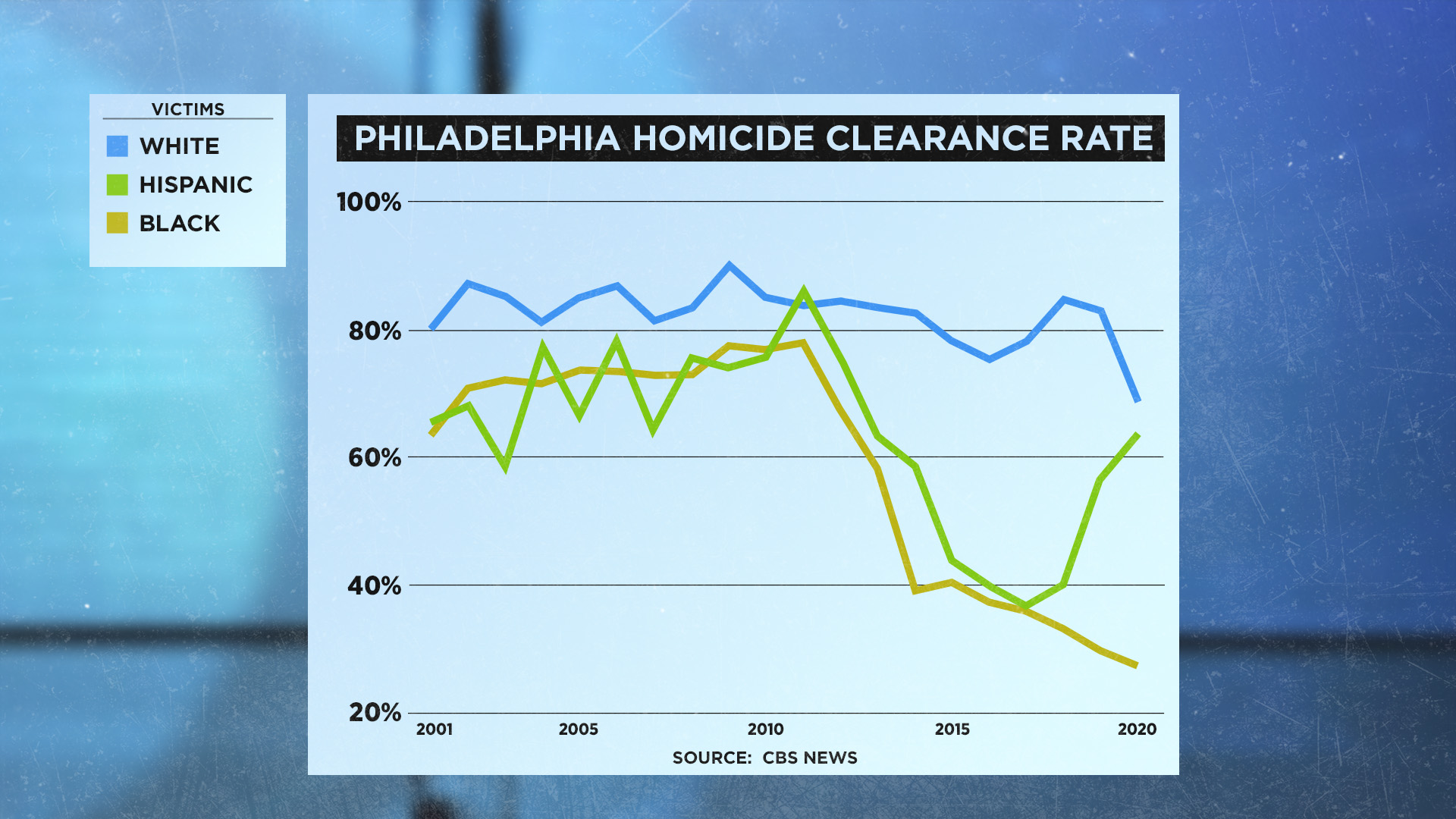 Meanwhile, homicide clearance rates -- what the department considers solving or closing a case -- have been dropping, and 2020 was a low point. Police solved just 42% of murder cases that year.

Philadelphia Police Commissioner Danielle Outlaw has been at the helm of the 6,600-member force for 2 1/2 years.

She called the 2020 clearance rate alarming.

"Because it's one that jumps off the page so readily, it forces us to say, 'What's going on here? Why is this happening?'" Outlaw said.

Homicide unit officials tell CBS3 there are a total of 75 detectives who make up the entire unit. Of that number, 60 are actively assigned new cases.

Given the 2020 and 2021 surges in killings, CBS3 is told as the ratio of cases per investigator rises, the percentage of clearances goes down.

A homicide captain called it the "law of averages."

"It's sometimes challenging to identify those who are responsible, whether because it's the mask or witnesses not coming forward, so that means we're relying on other forms of forensic evidence to bolster our cases," Outlaw said.

While the commissioner added a dozen more detectives to the homicide unit after her 2020 arrival, she described a department technologically challenged.

She said the "click-click" of a typewriter in the unit was among the first sobering eye and ear openers.

"And sure enough, because it was so distracting I turned around and someone was typing on a typewriter," Outlaw said.

She links technological advances to understanding when a social media-fueled retaliatory killing might happen and where.

"We didn't have analysts regularly working these cases and following them on social media to see what they were posting, we now do. But what are we doing technologically to make sure we are keeping up?" Outlaw said.

CBS3 visited the Anti-Violence Philadelphia Partnership office, as the city is again pacing closely to stats for 2021 -- the worst year on record for murder.

"I do think it's going to get worse before it gets better," Anti-Violence Philadelphia Partnership Executive Director Natasha McGlynn said. "Are we approaching the bottom? I want to be cautiously optimistic that we are."

Her agency helps families navigate the days and weeks, sometimes years after a loved one is killed.

She is barely able to hide her frustration, saying there is a breakdown in owning the problem, and it's a problem disproportionately affecting those in the Black and Brown community.

"It should be the state's responsibility," McGlynn said. "There needs to be accountability and it's lacking."

The commissioner says there's a growing sense of hopelessness.

"What hurts me is that young men have looked me in the eye and have said, 'There's nothing you can do to fix this,'" Outlaw said.

"It changed my life a lot," Irvis said.

The killings are piling up.

CBS3: Do you have hope that someone can come through for you and your family?

Complete coverage of  "Crime Without Punishment" from our CBS stations across the country and CBS News is available here. 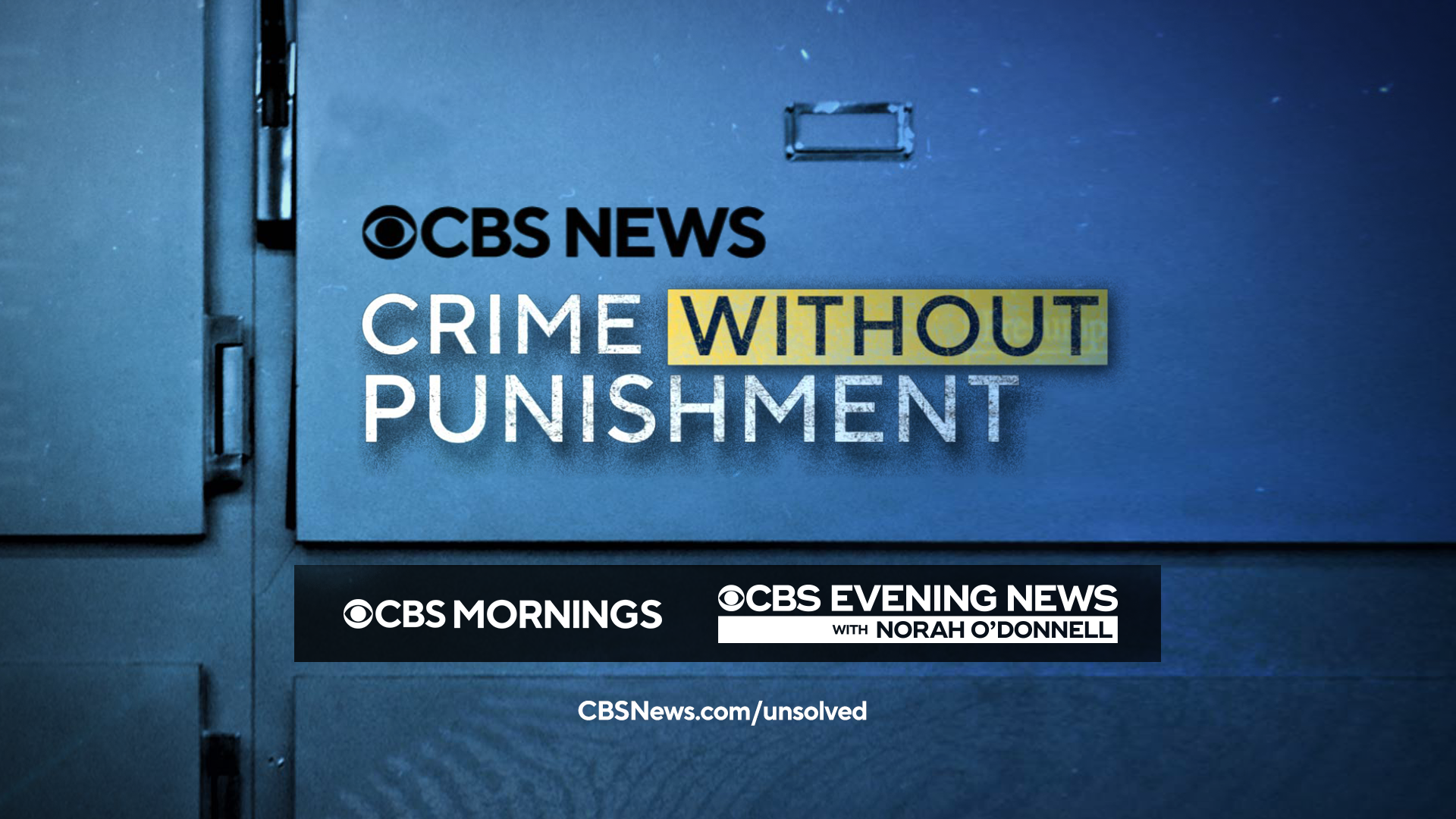