Dan Hill was 13-years-old when a tumor was found in his right femur. He was later diagnosed with a type of cancer called osteosarcoma. After 21 rounds of chemotherapy and major knee surgery, a nodule was found in Dan's lungs and was devastatingly lined with more cancel cells this past September.

Hill, 15, is currently undergoing more chemotherapy and is unable to attend Shawnee High School in New Jersey. Hill is also a huge Eagles fan and more specifically, a Barwin fan.

My name is Gianna Glatz and I am a junior at Shawnee High School.  My friend Dan Hill is fifteen years old and has reoccurring cancer.  He is currently isolated from his friends which is hard on him since he is unable to go to school.  Dan is a big Eagles fan, especially a Connor Barwin fan, and I would like to give him a Barwin jersey signed by the team (or Barwin himself) during his chemotherapy treatments to lift his spirits.  Please pass on this email because I know it would mean a lot to him as well as his family and remind him that he still has the same support as the first time he was diagnosed with cancer.

So, during Monday's 94WIP Players' Lounge Show, Hill was able to hang out with his favorite athlete at Chickie's and Pete's in South Philly and get his midnight green No. 98 jersey signed. 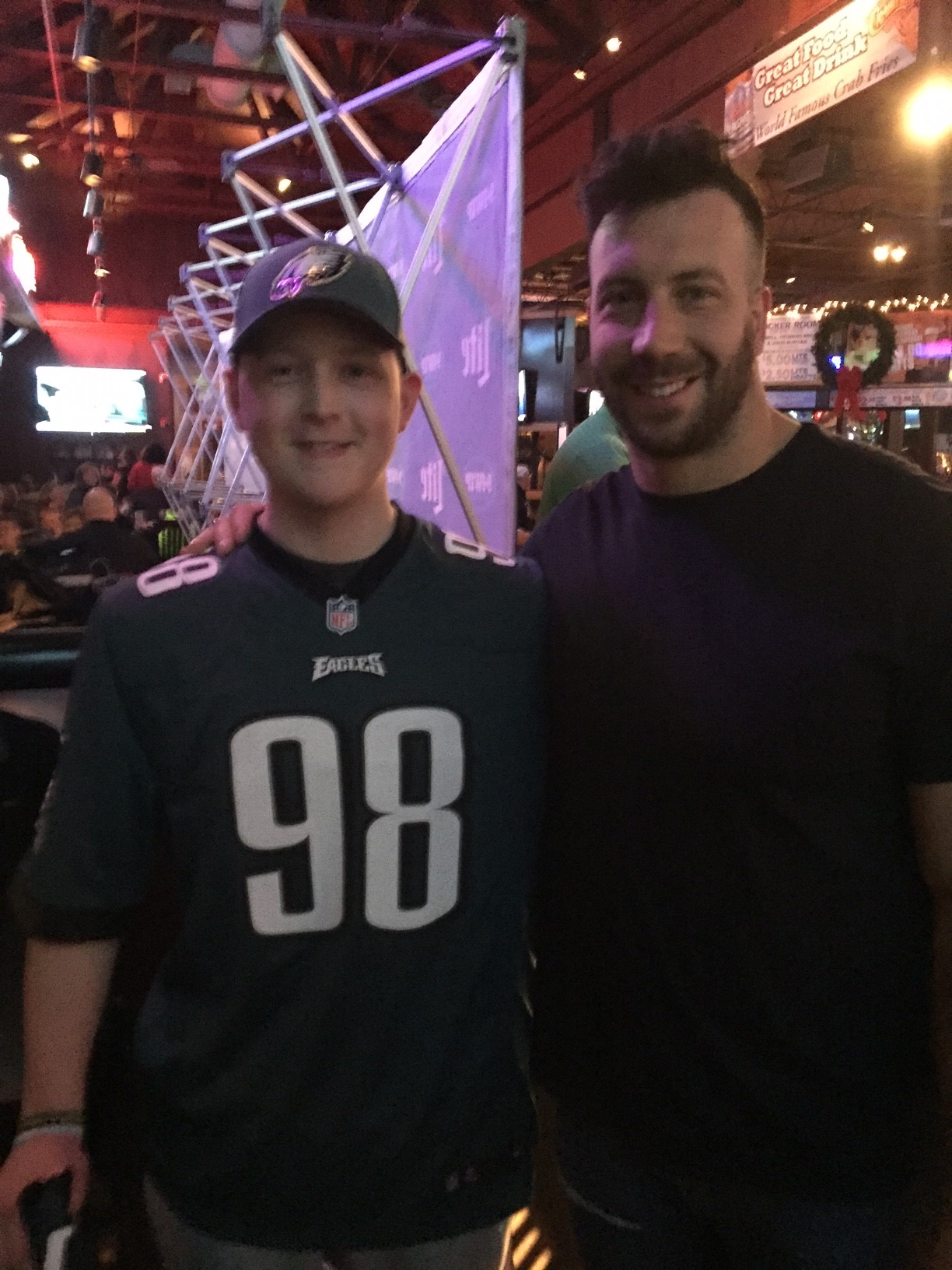 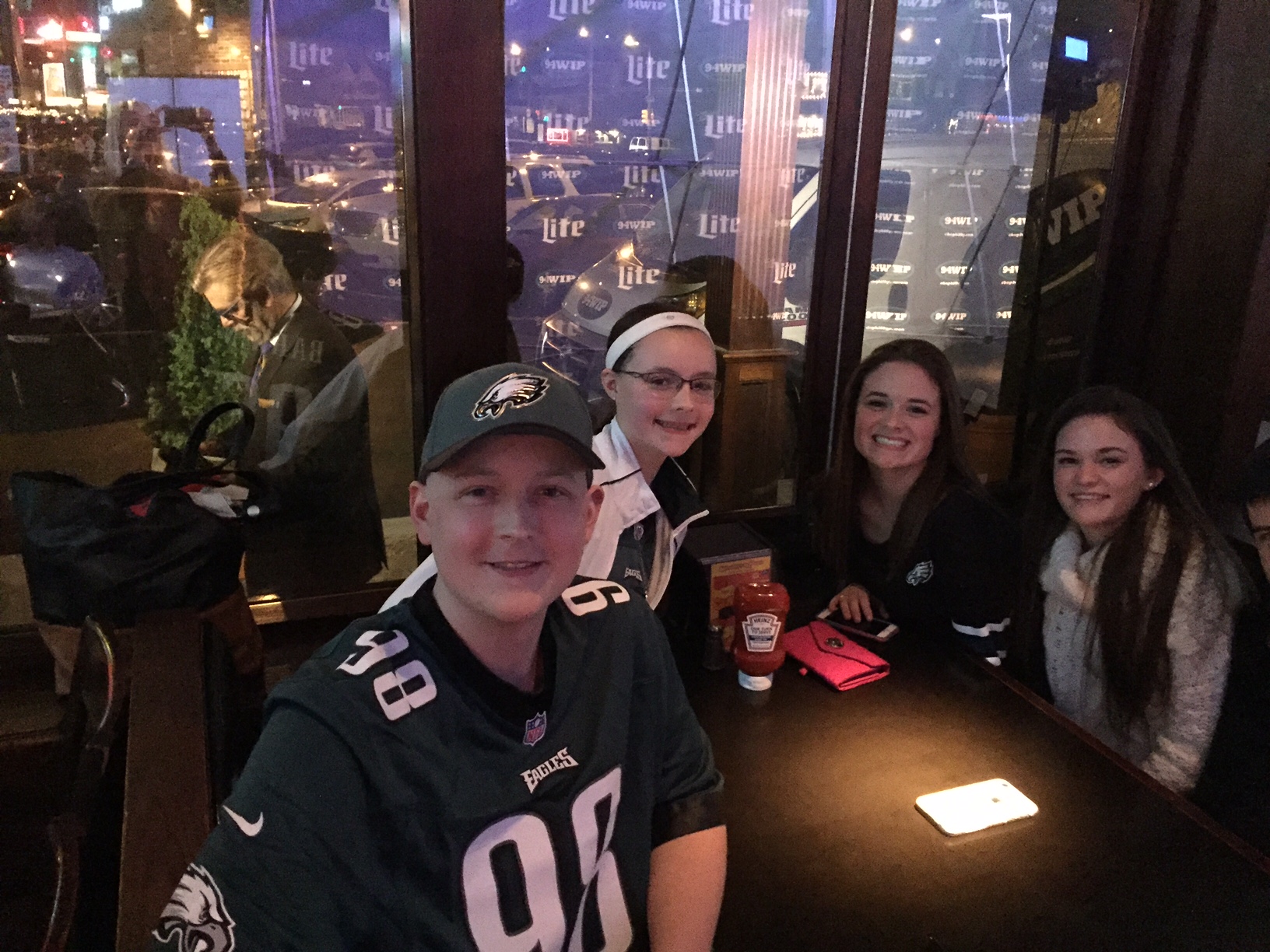 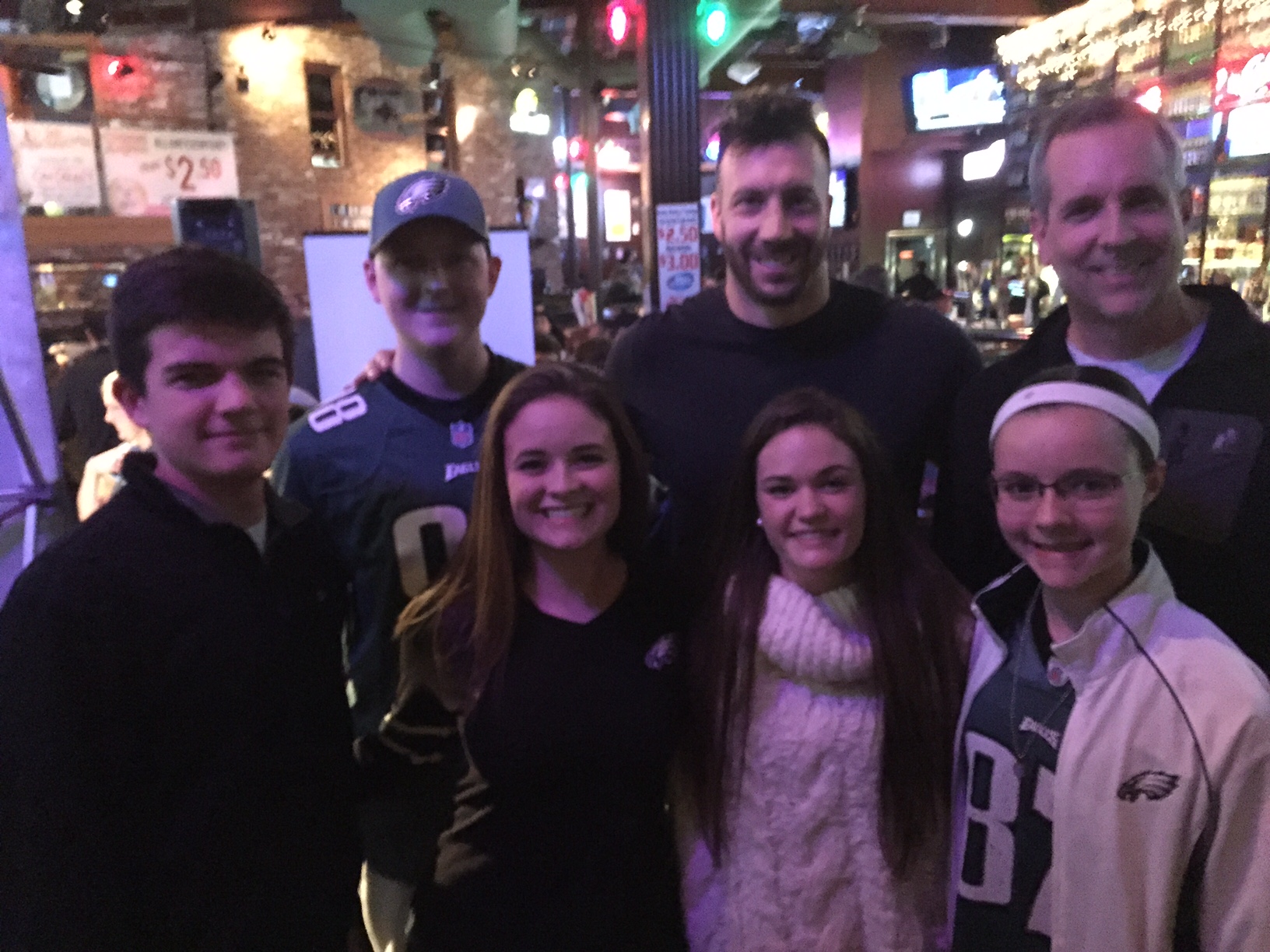 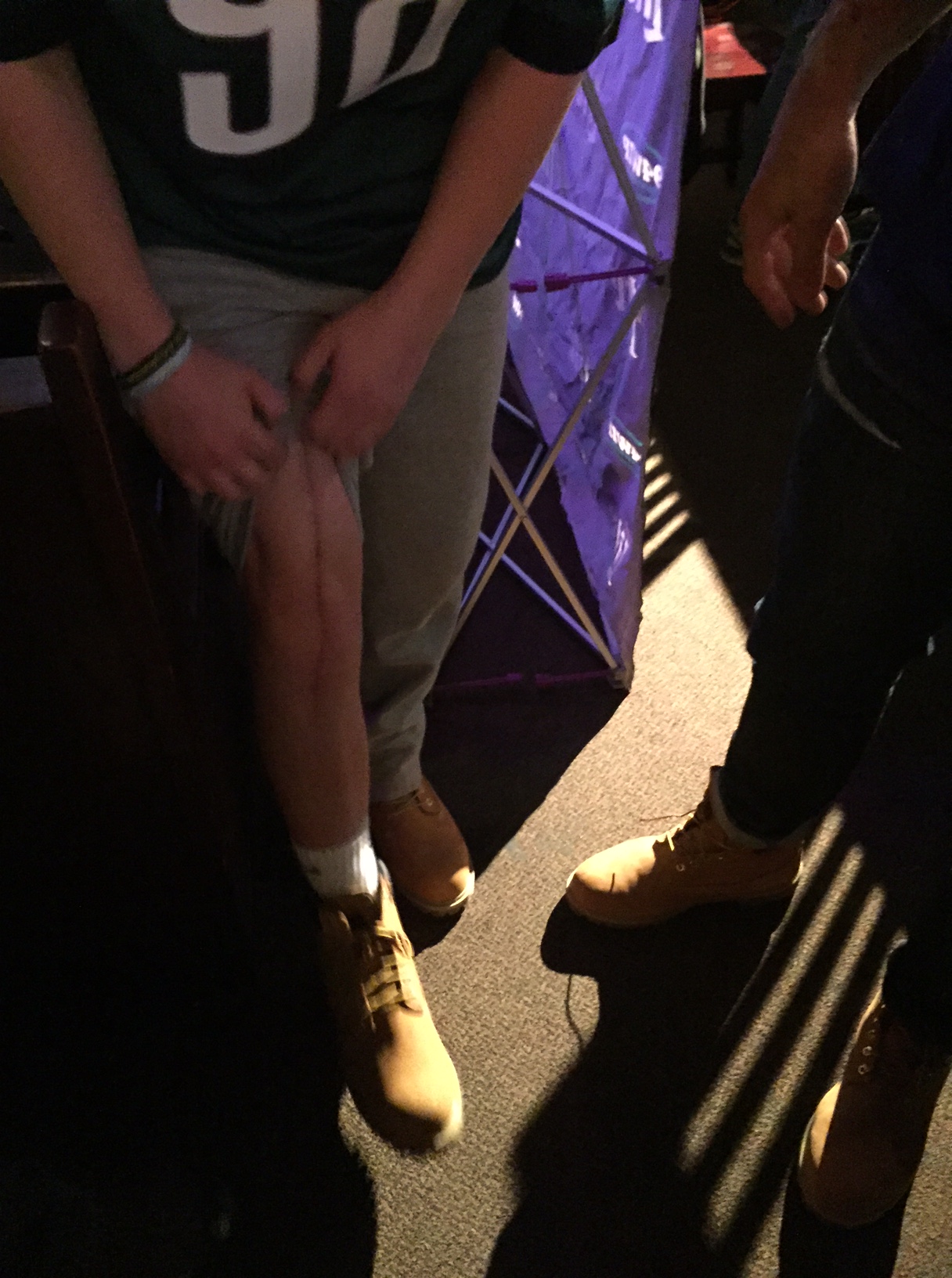 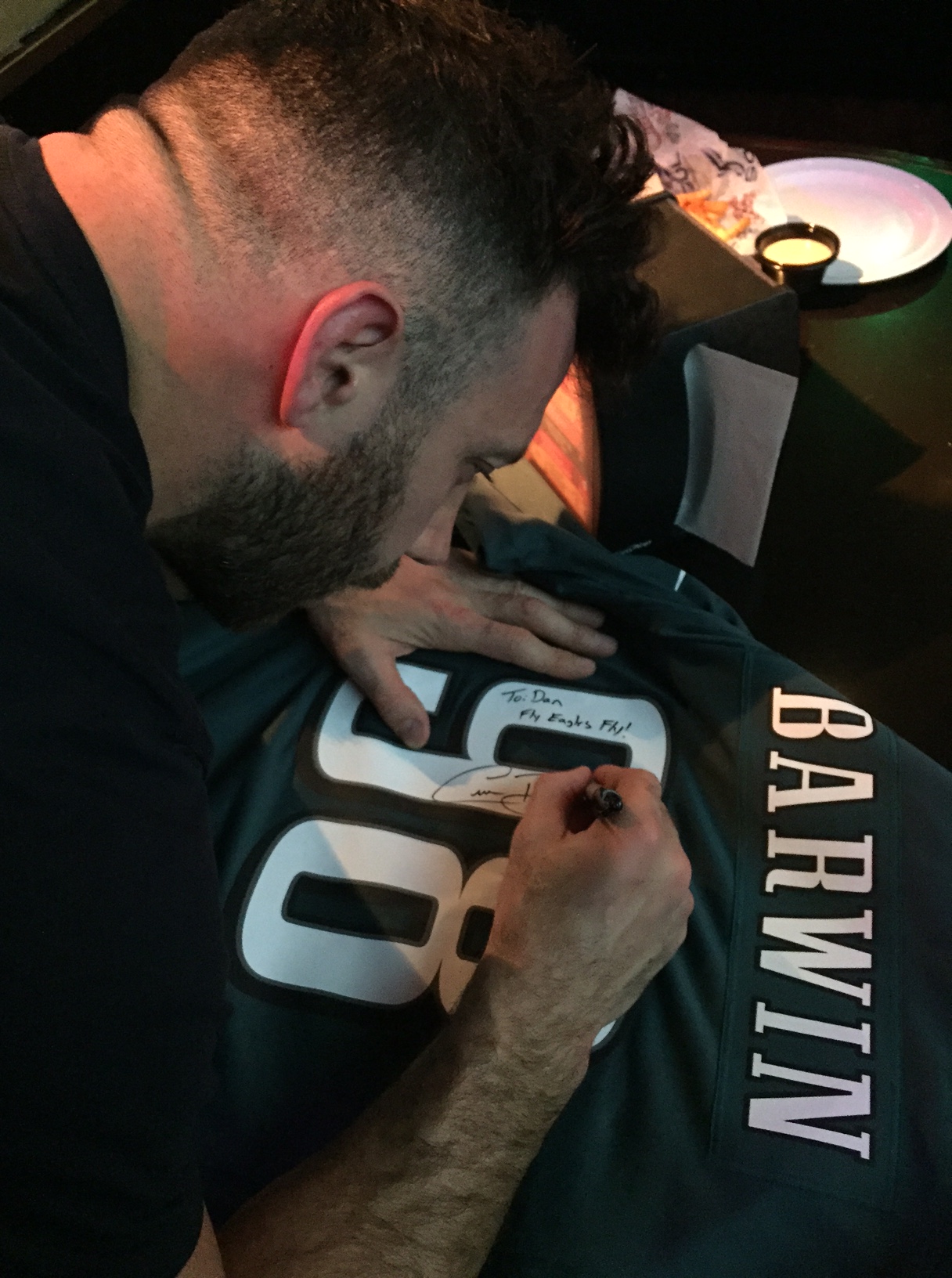 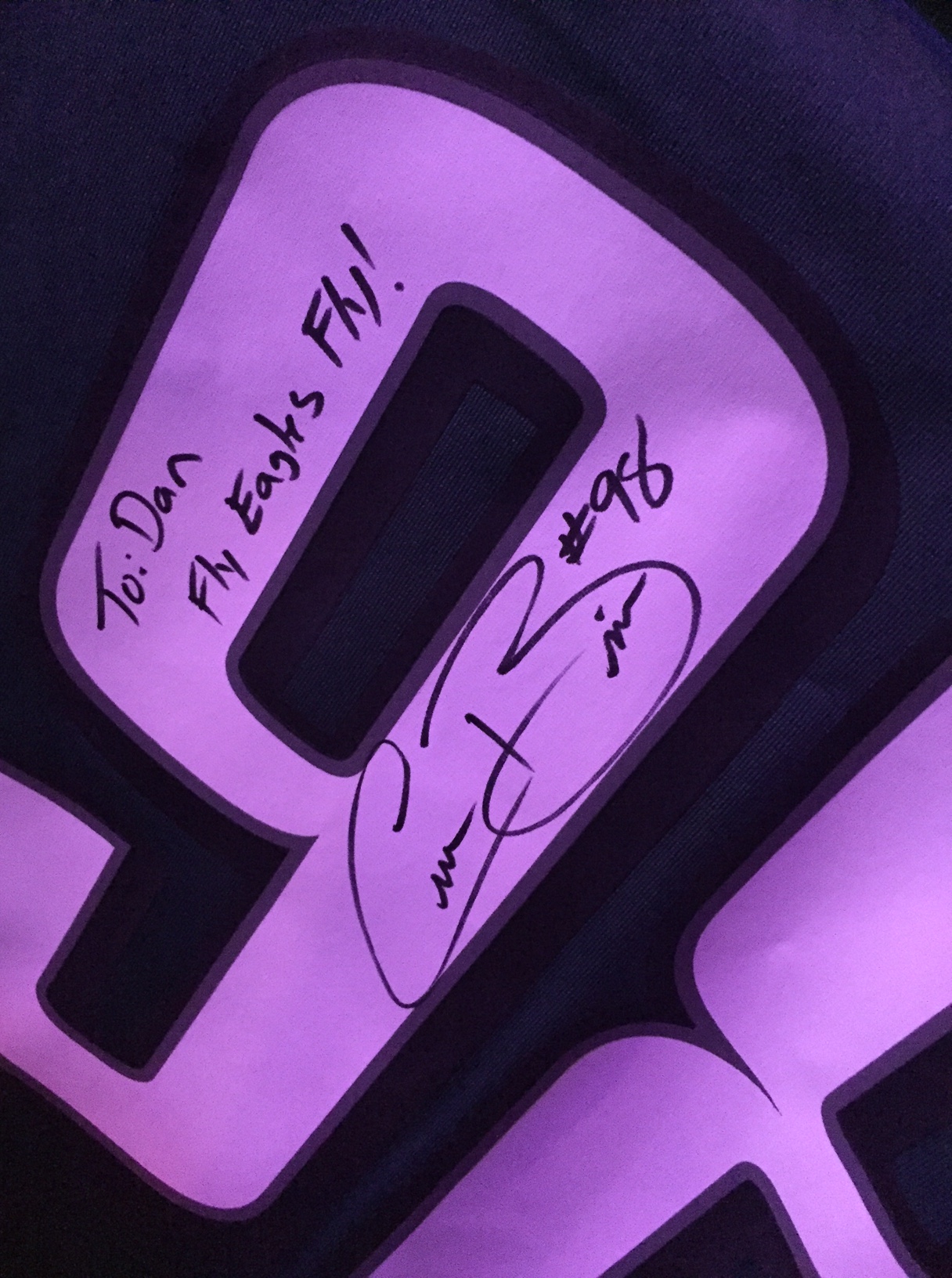 Amidst anger and rage surrounding the 6-9 Eagles, Barwin has reminded us of the importance sports serves in our community. And Dan is the real hero.