PHILADELPHIA (CBS) -- An Arctic cold front will move through the Delaware Valley early Thursday morning, bringing the coldest air since February. With the front, a few snow showers are possible and the wind will begin to pick up.

Thursday morning temperatures will drop into the 20s with afternoon highs struggling to make it into the mid and upper 20s. Windy conditions will continue through the day Thursday with wind gusts up to 40 mph. This will put the wind chill vales in the single digits and teens through the day on Thursday.

The current weather pattern will be unable to lock in the Arctic air for an extended period of time, so temperatures begin to moderate this weekend. A storm system will bring a milder air mass, but initially the cold air will be in place long enough to bring a period of snow an ice the region on Saturday morning.

The next storm system will arrive late Friday night with light snow developing after midnight through around day break, then transition over to freezing rain before changing to plain rain by mid to late morning from south to north. Light snow and ice accumulations are expected around Philadelphia, with the highest amounts north of the city, where the cold air hangs on longer. Slipper travel is expected Saturday morning but will improve by the afternoon. 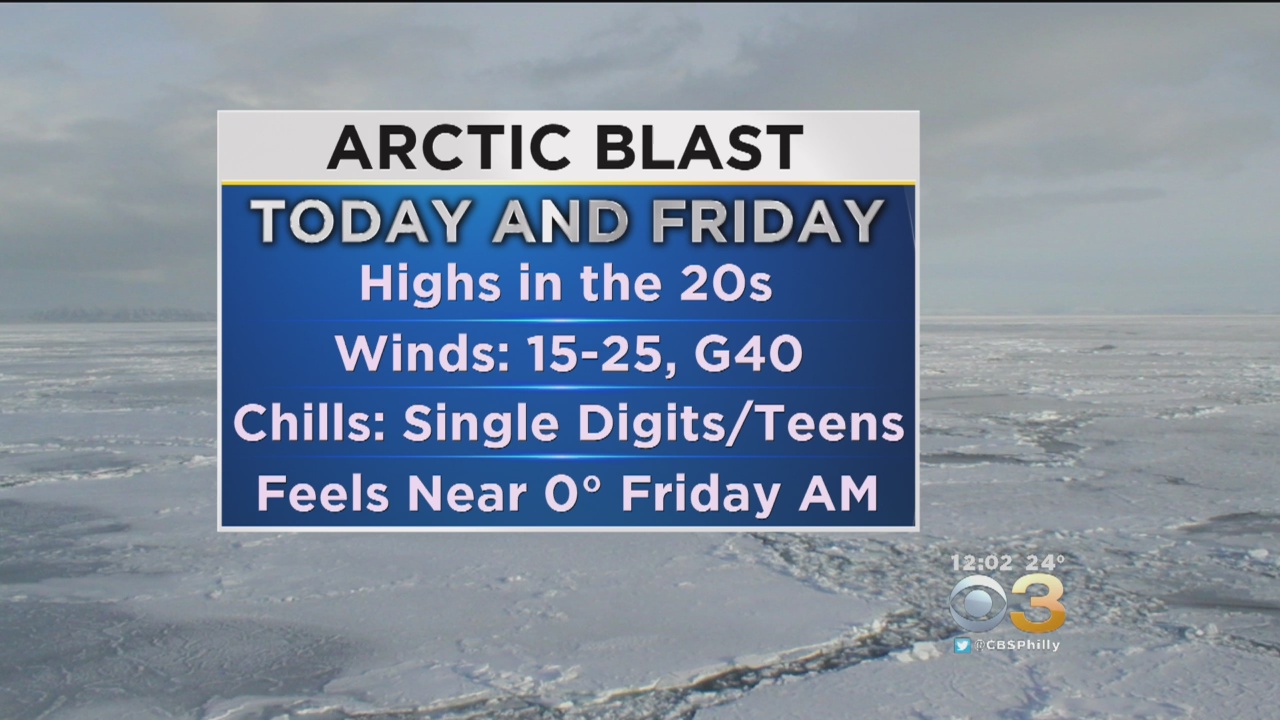 The warmer air will continue to arrive Saturday night and Sunday with periods of rain and highs on Sunday may reach into the 50s. Colder temperatures will then return for early next week but it looks like we won't be seeing any cold spells like Thursday & Friday through the end of December.