Weather officials say that tornado tore a car dealership into pieces in Trevose. Winds reached up to 140 mph as it ripped through the building.

We're now getting a better look at the damage as residents and businesses begin to pick up the pieces after a night of wild weather.

Thursday's severe weather outbreak was the worst the region has seen in recent history. There were 14 tornado warnings across the region, and at least three were confirmed in Bucks County.

Chopper 3 was over the scene where you can see part of the roof of the showroom is completely gone. Out in the parking lot, the cars didn't fare any better. Many were pushed around and banged into each other. There is shattered glass everywhere. 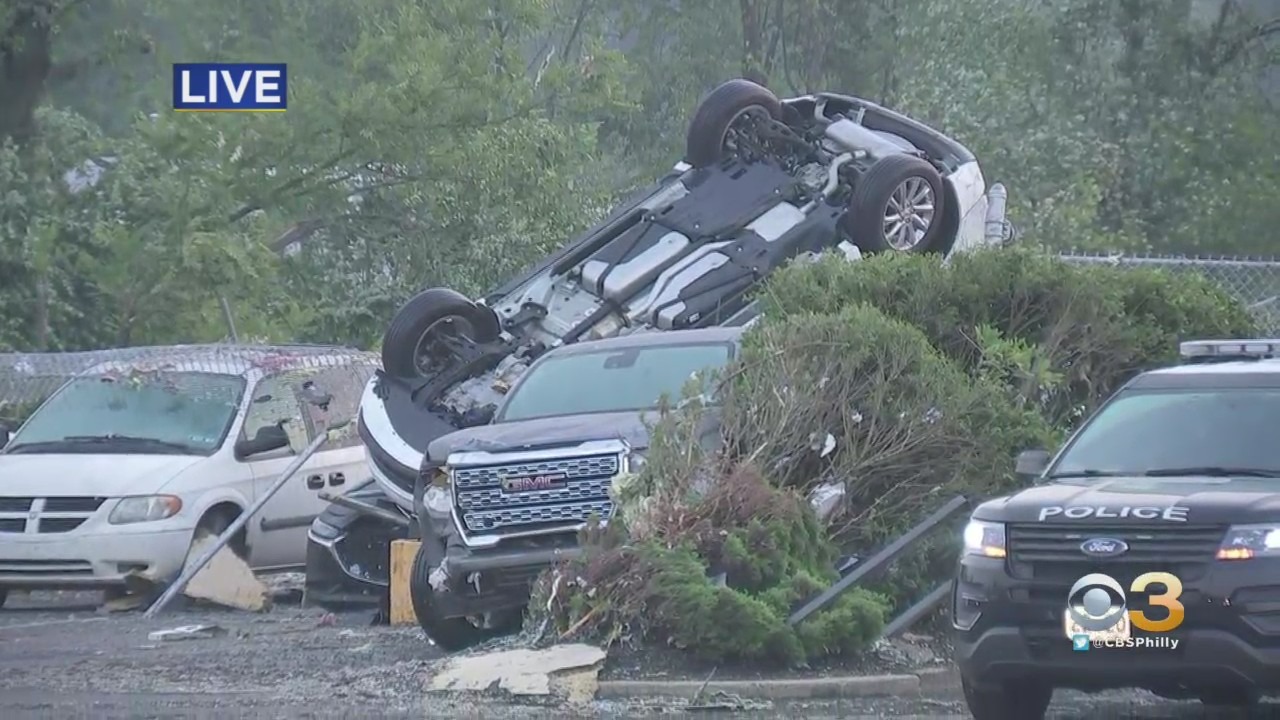 One car was picked up, flipped over, and slammed down on top of other cars. 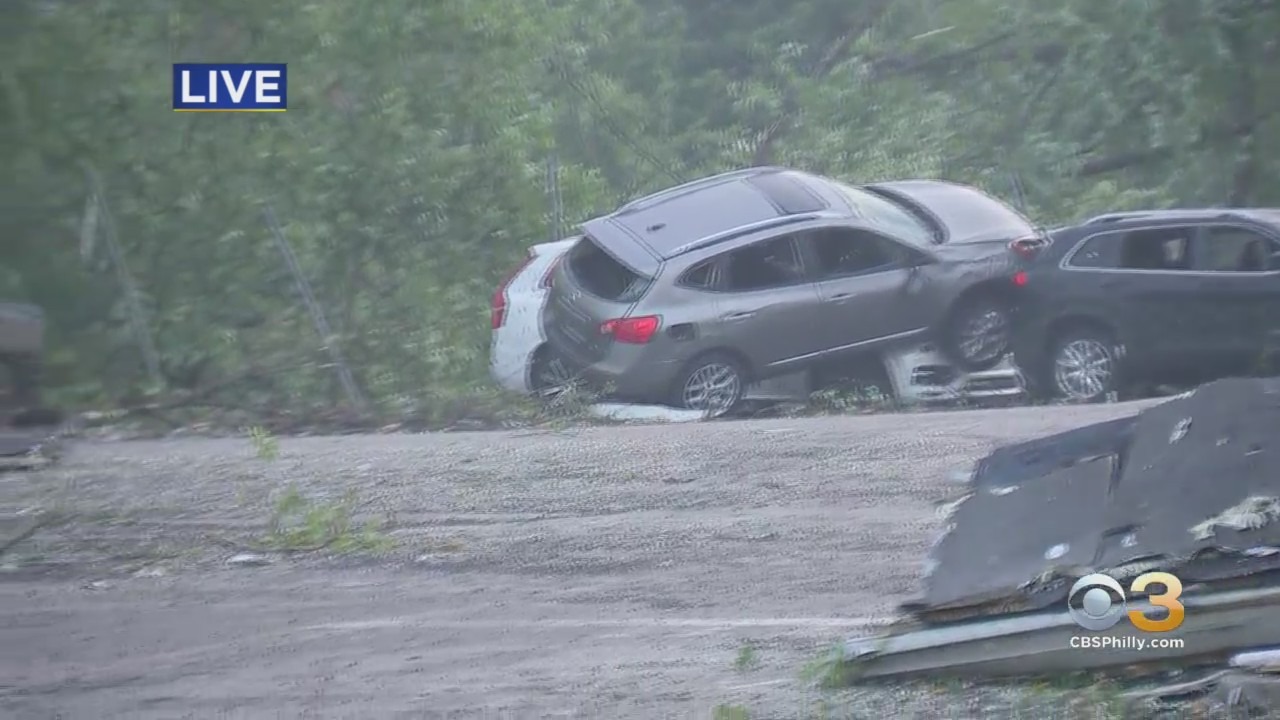 Moments before the tornado struck Faulker Auto on Street Road, workers scrambled to the bathroom to escape the danger. The man who shot the video said it was absolutely terrifying.

This tornado touched down just after 7 p.m. Thursday and left a path of destruction in its wake.

Bensalem's Director of Public Safety tells CBS3 the tornado touched down in the township along the Old Lincoln Highway corridor. He says it came up near Neshaminy Mall and went down through the Penn Valley Trailer Park, the Turnpike, Street Road, crossing over to the Linconia section, the Concord Park section, and to Faulkner.

Trees were been snapped in half and a bunch of light poles have been pushed over. Some of them bent as if they're not made out of metal.

It was a terrifying experience for people inside the business.

Four people were hurt, but not badly.

The timing of this storm was key. Had it hit a few hours earlier, the area would have been packed with people.

"The Faulkner area looked like a TV show like a bomb went off. It is gone," Bensalem Police Department Director of Public Safety Fred Harran said. "Water flowing, you could smell gas until PECO was able to get out there and shut things, secure things. I've been doing this for 34 years and I've never seen that kind of devastation from a storm. We have power outages in this area that I described earlier. PECO is doing a great job trying to get power back on, and we're trying to work with PennDOT dot to get the roads cleaned up... That area has a lot of traffic, but we're still having a hard time getting the roads cleaned up."

Harran goes on to say, "As you know in the last 15 days, this is the third storm to hit Bensalem Township. The first one started on July 12, the devastating flooding then one that Saturday now again today [Thursday], 15 days later from the first one."

Damage assessment will continue through the day Friday. At this point, it is unclear just how many homes were damaged but clearly a whole lot of damage to clean up,  and then simply rebuilt.

In the meantime, the Red Cross has set up a shelter at Neshaminy High School. It will remain open throughout the day Friday for people who need information and resources.

CBS3's Jan Carabeo and Alecia Reid contributed to this story.