PHILADELPHIA (CBS) -- If you're voting in person in Philadelphia, the city is taking extra safety precautions at the polls. The city's health department says you should wear your mask at all times. 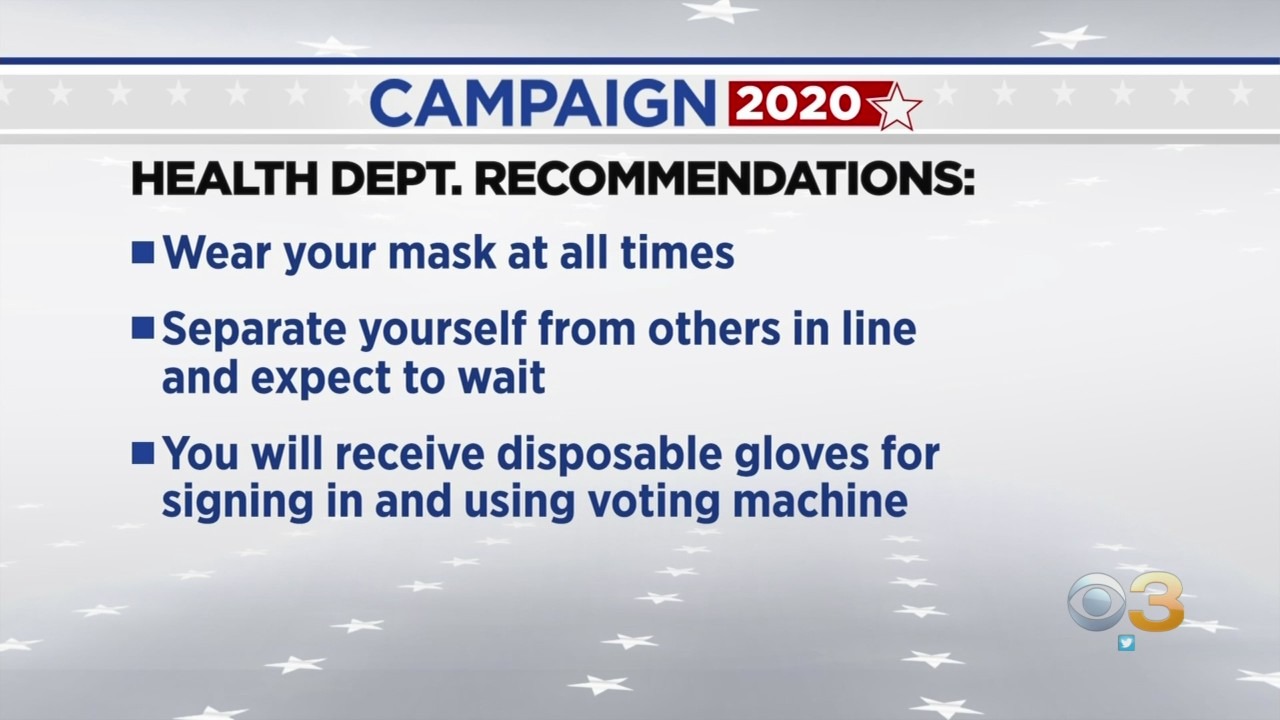 You should also separate yourself from others in line, and expect to wait.

Once you're inside, you'll get disposable gloves for signing in and using the voting machines.

Also, know who and what you're voting for when you get there.

"Spend no more time than is necessary at the polling place to vote. The less time people are spending inside the less crowding there is, less opportunity there is for spread amongst voters and poll workers," said Philadelphia Health Commissioner Dr. Thomas Farley.

The commissioner's office says deputy sheriffs will be at every satellite office to protect the voting process.