PHILADELPHIA (CBS) – Those who dared to go outside tried to keep cool during this Sunday scorcher. More than 2,900 fans took in today's Phillies game and it was brutal out there for them and the players. 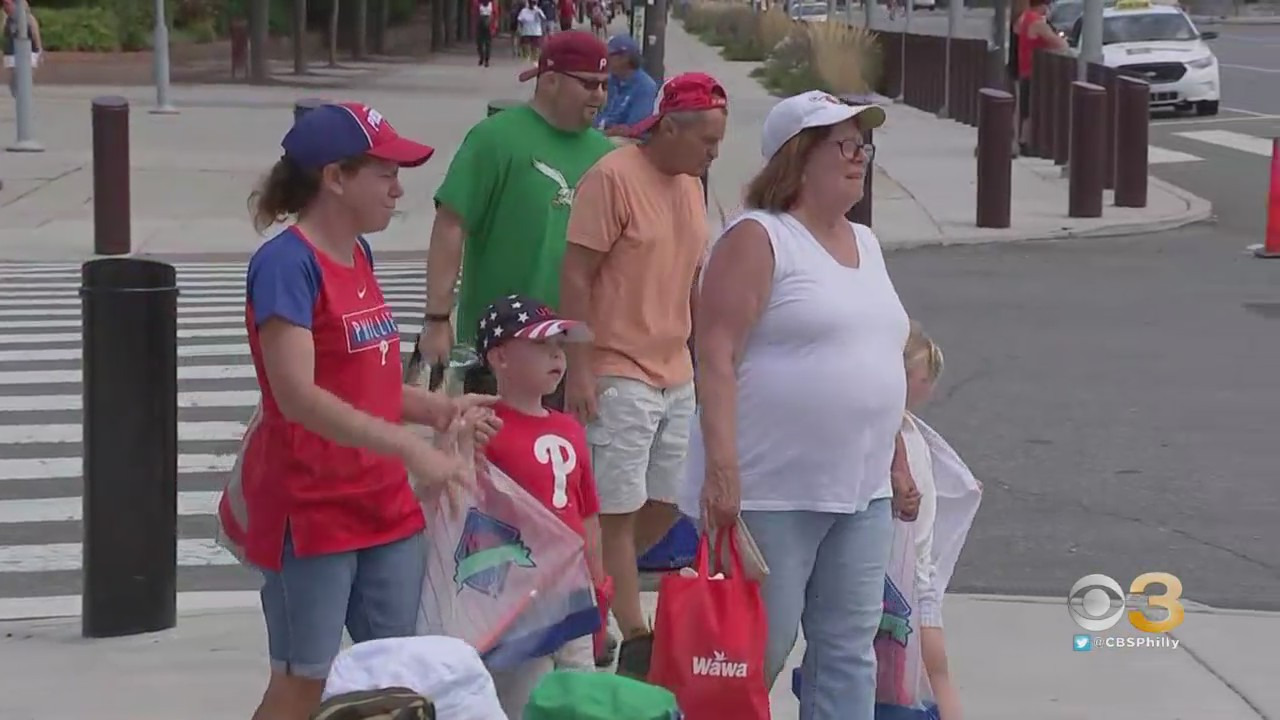 Some Phillies fans even had second guesses.

"We actually tried to sell the tickets yesterday, I'm not gonna lie," a Phillies fan said at Citizens Bank Park. "It was too hot."

For some baseball enthusiasts, it may have been too hot.

"It was very empty in there because it was so hot today," another Phillies fan said. "I think a lot of people bought tickets hoping they would make it but then didn't come."

On Sunday, some Phillies fans braved record high temps for their team. Some of them for the first time.

"She was a hit in section 117, she had a good time," a Phillies fan said about his daughter Amelia.

Complete with a fan and cool bottle, Amelia made it through seven innings as temperatures made a run for 100 degrees for the first time in a decade.

An excessive heat warning gripping the region until sunset.

"It's hot as you see," Jackie Wleh, the church's director, said. "It's extremely hot but what is cooling for us, the church as a whole is just to make sure folks gonna be safe."

He says they are donating 200 fans to people in need.

"Hot, extremely hot, miserable - I'm so lucky to come across this fan we needed it," Michael Dancey, a churchgoer, said. "I didn't have a way to stay cool we were on our way to take a ride just to stay cool."

And as people find different ways to cope - some say they're just powering through until the end of this heatwave.

"Philly humid heat is pretty serious,"Orben Robinson, a Phillies fan, said. "You gotta be built Philly-tough. Built like the Phillies, Bryce Harper, Kyle Schwarber, Citizens Bank, Lincoln Financial, the whole thing we built Philly-tough, so we can deal with it."

With the heat advisory running into Monday, Philadelphia's heatline is 215-765-90-40. It will remain open during the heatwave.

Cooling centers will also be available across the city.