PHILADELPHIA (CBS) -- Parts of the Delaware Valley are preparing to hear that loud buzzsaw noise from the 17-year "Brood X" cicadas and it is expected to happen earlier than past years due to spring-time air and soil temperatures with an average increase of several degrees over the past five decades.

Since 1970, the average emergence date of cicadas is up to a month earlier along the east coast and deep south. In Philadelphia, they arrive 22 days earlier, Charlotte, North Carolina, 23 days earlier and in Birmingham, Alabama, they are 26 days earlier. 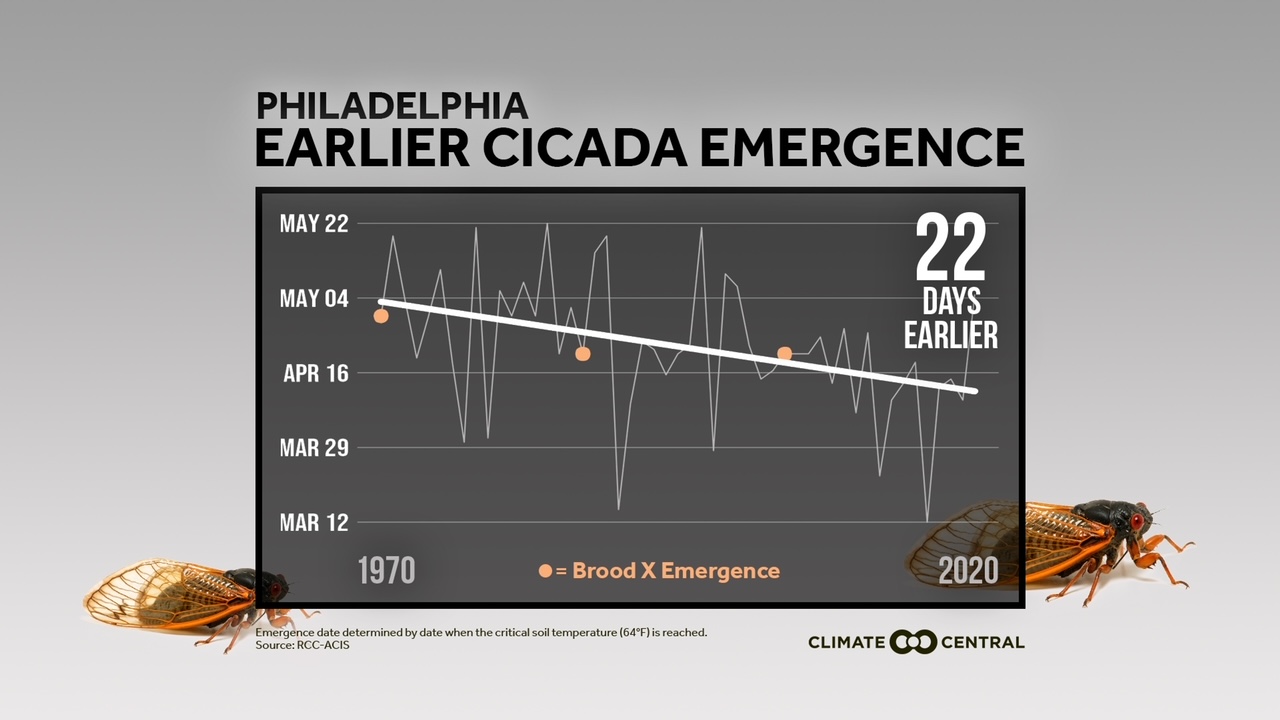 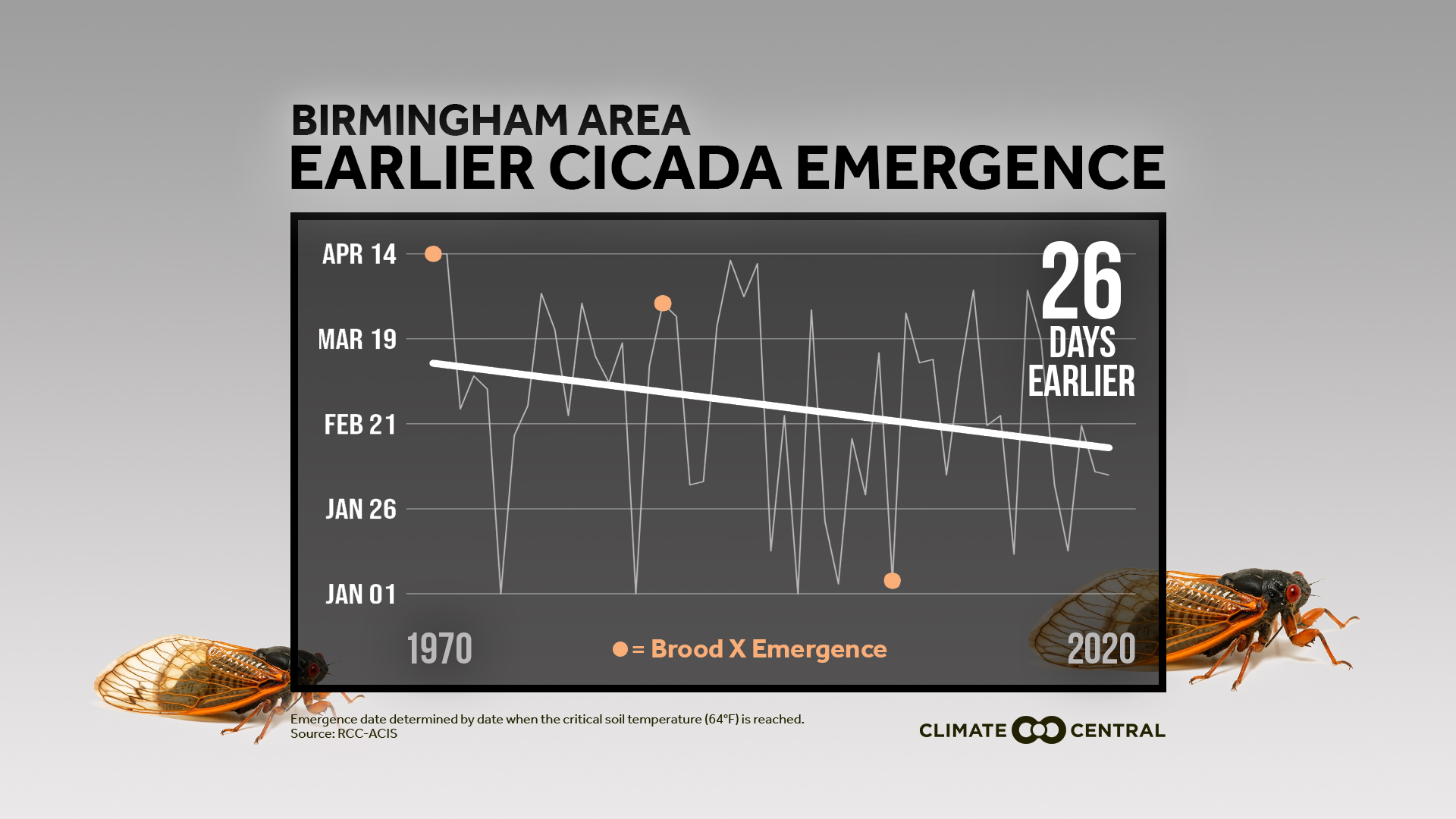 Annually, we see small numbers of green and black cicadas, but this year will be different as the extremely loud and tree-damaging Brood X emerges for the first time since 2004.

Brood X is spread across the eastern United States, including Delaware and parts of southeastern Pennsylvania.

Here in Philadelphia, we will be on the edge of the mass emergence with pockets of Brood X in some of the surrounding Pennsylvania counties. Our last major cicada event was Brood ll (AKA Brood 2) in 2013. The next generation of that group will return in 2030.

Along with a loud mating call that reaches nearly 100 decibels they can also cause widespread damage to young trees.

Typically, the 17-year cicadas emerge after a rainy period with a ground temperature in the low 60's. Both the Brood X and Brood ll 17-year cicadas are 1-2 inches long, have bulging red eyes and black bodies with yellowish wings.

They have been hibernating up to 18 inches underground and feeding on tree roots until triggered to burrow out of their holes, shed their shells in favor of wings, and climb the nearest tree where they will lay eggs inside the bark. Thousands of cicadas can emerge in a single yard, but millions of them are possible in a single acre of undeveloped land in forests, fields, and marshes.

There are 12 17-year broods of cicadas east of the Rockies and three 13-year broods. So, what can you do to get rid of them? The non-chemical way is to use the water hose to spray them off plants and trees and/or wrap tree trunks with netting so they can't climb to lay eggs. Of course, you can always wait for them to complete their four- to eight-week life cycle.